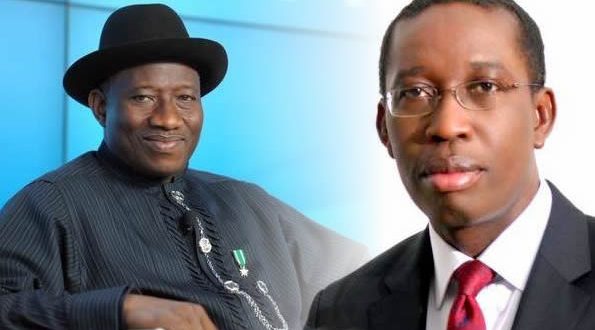 Former President Goodluck Jonathan has felicitated with Delta State Governor, Senator Ifeanyi Okowa, on the occasion of his 60th birthday, describing him as a patriot who is loved by his people.

In a goodwill message he personally signed, the former President stated that Governor Okowa had been diligent and steadfast in serving his country and the people of his state.

He said: “Life is the greatest gift from God; as such, it is pleasing to know that yours has been a blessing to many and a force in the development impetus of our great nation.

“You have been diligent and steadfast in serving your people at different levels; from local government chairman, commissioner, Distinguished Senator of the Federal Republic of Nigeria and, now at 60 years of age, the crown is on your head as the Governor of your State.

“This is a manifestation of your love for your people and a testimony of their love and appreciation of your service to them.

“As you celebrate, may you flourish in wisdom, prosper in health and grow in love.”