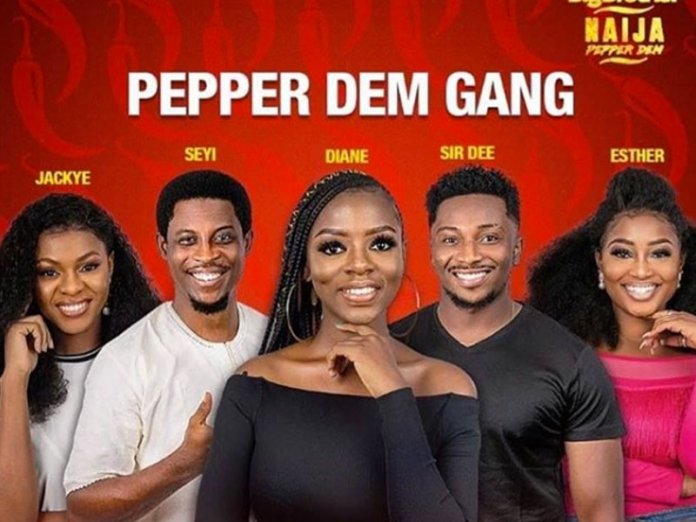 Having barely spent a few days in the house, the 21 housemates who entered the Big Brother Naija House for the fourth season on Sunday night are already on an emotional rollercoaster ride. From fights to tears and now romance.

Initially, Mercy and Gedoni seemed like the first couple in the house but Frodd and Isilomo beat them to it after the duo were captured sharing a passionate kiss. From their first night in the house, the two had built up a chemistry, cuddling and sleeping on the same bed. How far will they sustain their feelings?

Thelma and Tacha had the first fight in the house on the second day of their stay. The two had a heated altercation over meat and fish. 26-year-old Thelma accused Tacha of serving her very little portion of food which the latter took offense. The fight took another dimension when both body-shamed each other. Their fight was a trending topic on social media,

generating popularity for the housemates. Tacha before coming to the house was a social media sensation and expectations were high that she will bring the drama in the house. Thelma on the other hand is still trending on social media for her accent. The denizens of the twittersphere mocked her exaggerated attempt to speak in an American accent. With the likes of Ike, Mike and Khafi gifted with American and British accent, who could blame Thelma for wanting to belong to the ‘Accent gang’.

Isilomo is also a trending topic on social media. Nigerians were shocked to see her looking very masculine after she removed her wig. Nevertheless, the reaction of her fellow housemates towards has in no way diminished her confidence.

In an emotional meltdown, Frodd opened the teargates after he narrated his ordeal leading to his emergence innteh reality show. According to him, he was already having a difficult time at work, almost to the point that he feared being sacked after he failed to meet the company’s required performance target. In that moment of despair, he was urged by his best friend to audition for the reality show, and had little confidence that he would be chosen. The rest was history as he broke down before completing the story.

Joining him in the waterways was the model Omashola. He relived his past to his fellow housemates and along the line, couldn’t hold back the emotions of some of the things he did.

For this week, Jeff won the Head of House while Kim Oprah won the Veto Power Game of Chance. The new game which will be played every Sunday night gives the winner the ability to save and replace a nominated housemate even if they are the ones that have been nominated.

With the extra week added to their stay, the winner of this season will be rewarded with N60 million worth of prize. The show is broadcast on DStv channel 198 and GOtv channel 29.