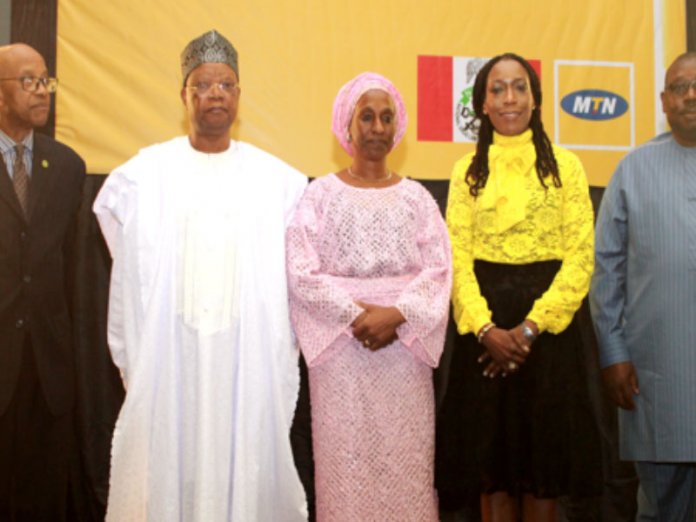 At this year’s International Day against Drug Abuse and Illicit Trafficking, held on June 26, stakeholders in the anti-substance abuse movement in Nigeria, ranging from non-governmental organisations to public officials and private business, gathered at the Transcorp Hilton, Abuja to take stock and chart the way forward, writes Gboyega Adebayo

Substance abuse is a global phenomenon. It has been argued that different regions in the world ‘specialise’ in various kinds of substance abuse. From 1998 to 2002, opiate addiction ruled Asia, Europe, and Australia; South America was predominantly affected by cocaine addiction, and the African problem was the addiction to cannabis. However, in North America, drug addiction seemed evenly distributed between the use of opiates, cannabis, cocaine, amphetamines, and other narcotics.

Drug abuse rose to alarming levels by 2018. “Both the range of drugs and drug markets are expanding and diversifying as never before” was the opening sentence of the Preface of the World Drug Report 2018 by the United Nations Office on Drugs and Crime (UNODC). The world appears to be at an all-time high, in every sense of the statement. And from every indication, Africa is a red zone. “We need to raise the alarm about addiction to tramadol, rates of which are soaring in parts of Africa.”, the preface continued.

The World Health Organisation (WHO) defines substance abuse as “the harmful or hazardous use of psychoactive substances, including alcohol and illicit drugs.” WHO explains that “Psychoactive substance use can lead to dependence syndrome – a cluster of behavioural, cognitive, and physiological phenomena that develop after repeated substance use and that typically include a strong desire to take the drug, difficulties in controlling its use, persisting in its use despite harmful consequences, a higher priority given to drug use than to other activities and obligations, increased tolerance, and sometimes a physical withdrawal state.”

This ‘dependence syndrome’ has left whispers of pain, agony and death in its stead. Globally, 450,000 people died in the year 2015 as a result of drug usage. 167,750 of those deaths were a direct result of drug use disorders. It appears to be a doomsday prophecy all around. From 2010 to 2015, deaths directly caused by drug abuse increased by an alarming 60 per cent.

An estimated number of 275 million people (ages 15-64) globally, used drugs at least once in 2015, which means that one in every 18 people had interacted with a drug. Drawing an inference, drug users increased by 20 million from 2015 to 2016. These figures are driven home by the fact that in the late 90s, globally, there were approximately 180 million drug users.

The most populous black nation in the world has begun expressing its strength in unfavourable situations – in a 2016 interview, the former Director General, National Drug Law Enforcement Agency (NDLEA), Mr. Otunba Ipinmishoa stated that roughly 40 per cent of Nigerian youths abused drugs. And the leading culprits? NOI Polls survey concluded that marijuana, codeine and alcohol are the most abused substances in Nigeria, “particularly amongst teenagers and young adults aged between 15 – 29 years.”

Furthermore, a 2016 report by the UNODC highlighted the country as a major trafficking hub for controlled substances especially cannabis, with many young Nigerians in large urban areas arrested for drug-related offences. In North-west and South-east Nigeria, solvents and inhalants are more prevalent in rural areas, while in much of North-western and North-central Nigeria, the abuse of local plants via smoking is huge.

In 2018, the Director General, National Agency for Food and Drug Administration and Control (NAFDAC), Prof. Mojisola Adeyeye, at a symposium on the problem of drug abuse/substance abuse in Nigeria at the University of Benin, Edo State, explained Nigeria’s substance abuse problem. “The most commonly abused drugs in the country are tramadol and codeine.

Tramadol is a synthetic opioid analgesic used to treat moderate to severe pain and is the most abused medicine among addicts. It has no effects on the respiratory system, but overdose causes arrhythmias, cramps, coma and death. In Nigeria, it is regulated as the 50 and 100mg dosage strengths but very high dosage forms of 200 and 225mg have infiltrated the market.”

Beyond usage, is the problem of distribution. “There is also noticeable increase in smuggling of tramadol capsules. Codeine can be obtained as an over-the-counter painkiller and cough medicines in Nigeria, but consumers often become addicted. The risk of addiction is great, and in many countries including Nigeria, consumers are required to have prescriptions for all opioid-based medications. In Nigeria, despite the fact that all codeine-containing products are locally manufactured and are prescription-only-medicines (POM) since 2012, some products are smuggled into the country as unregistered products. The reclassification as POM did not stem the trend of abuse partly due to non-adherence to the provisions made for prescription.”

There were reports of the seizure of 40 feet containers of tramadol and other controlled pain-killer drugs with a duty paid in the value of N3,060,000,000 at the Onne Port, Rivers State in November 2018.

Many of the complaints in regard to curbing this debilitating phenomenon have been lack of proper records as cases of substance abuse are not properly documented for record purposes and for references. There are also complaints of insufficient support to tackle the mammoth problem.

In a bid to lend a helping hand to address this growing national problem, the MTN Foundation and various bodies and associations, such as the Pharmaceutical Society of Nigeria, Association of Community Pharmacists of Nigeria, Association of Psychiatrists of Nigeria, Christ Against Drug Abuse Ministry (CADAM), Freedom Foundation, Federation of Muslim Women Associations in Nigeria (FOMWAN), Nigeria Network of NGOs (NNNGO), National Drug Law Enforcement Agency (NDLEA), Nigeria Police, among others, launched a multi-stakeholder initiative called the Anti Substance Abuse Programme (ASAP), to increase the awareness of substance use and addiction by Nigerian youths.

The campaign which kicked off on December 19, 2018 in Ikoyi, Lagos, began its state activation in Lagos in February 2019 and has made stops in Imo and Rivers States. Following its highly anticipated national conference held at the Transcorp Hilton, Abuja, on Wednesday, June 26, 2019, it will continue in Bauchi and Kano States. Each state activation spans two weeks and involves direct engagement with the youths in each locale. There have been targeted activities in educational institutions (primary and secondary, as well as tertiary institutions) in various locations in Lagos, Imo and Rivers States.

The influencer training has quickly become a popular fixture in the campaign’s schedule. The training is an empowerment workshop for individuals who are influential in various fields of endeavour – in order to educate these individuals and spread awareness on substance abuse which will enable them to operate as advocates; multi-stakeholder collaboration that will build a strong network of people, organisations and bodies committed to ending the scourge of substance abuse; etc.

ASAP has been described as aiming to shine a spotlight on the prevalence of drugs and controlled substance abuse, highlight the health and social risks involved, and deliver interventions and fieldwork campaigns that reduce the rate of first-time users of addictive substances within the 10 to 25-year age range.

The national conference which gathered prominent names in the anti-substance abuse movement in Nigeria commemorated the International Day against Drug Abuse and Illicit Trafficking (World Drugs Day). Mrs. Oludolapo Osinbanjo, the Wife of the Vice President, Federal Republic of Nigeria stressed the need for a united movement against the scourge of substance abuse, “I call upon us all to join this army, for we are told this multi-headed monster requires a multi-stakeholder intervention and I call upon each one in this hall of all ages, all professions, different gender. I call upon each of us to join the resistance movement, for we must all have a resistant movement.”

Nonny Ugboma, Executive Secretary of the MTN Foundation, shared the ASAP experience so far, “The past few months have been humbling in many ways. As an organisation, ASAP opened our eyes to a more in-depth understanding of the scale of the problem of substance abuse in our country. Each day that passes reinforces the need for a sustained fight against the menace of substance abuse. We call on everyone to join in this fight, your support is invaluable and together, we will show our young ones that a drug-free life is indeed possible and doable.”

The programme which utilises user-generated content campaign tagged ‘My Brighter Future’ has set itself some lofty goals that include preventing, reducing and stopping first time and habitual substance abuse among young people aged between 10 and 25 years in urban and semi-urban Nigeria.

The company is utilising exciting ways, such as music, drama, dance, among others, to spread its message to its core audience. The Riveting Limited’s play, Area Boy, centred around substance abuse, is now a must-watch in each participating state. Students around the country have also been thrilled by exciting performances by singer and anti-substance abuse advocate, David Jones David.

Substance abuse is a hydra-headed problem that can only be addressed with the full support of everyone and not just creators of initiatives such as ASAP; the nature of this problem requires the cooperation of everyone and the support of the people from every facet of human interaction.

An end to substance abuse will require support from policymakers as well. More laws that target the multiple sides of this phenomenon will supplement giant strides made by the numerous organisations and bodies threading this path. With laudable initiatives being spearheaded by ICT companies that have an expansive reach, the country appears to be on the right path.