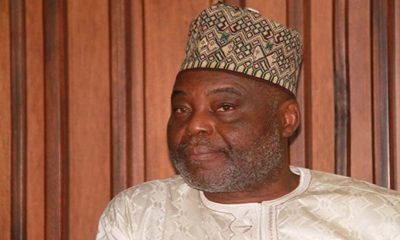 Caretaker committee chairmen of the 20 local government areas of Bauchi State have dragged the state Governor, Bala Mohammed, to court for allegedly disengaging them before the expiration of their tenures.

Speaking with journalists yesterday on behalf of others, the former caretaker Chairman of Bauchi Local Government Area, Alhaji Chindo Abdu, claimed that they were appointed by former governor to serve for a period of nine months each which would lapse in September this year.

He said the governor has immediately, after taking over, issued a statement directing all political appointees to vacate their offices without allegedly taking into cognizance the law that appointed them which he alleged stipulated that they were to serve for nine months.

According to him, after reading the governor’s statement on the disengagement of political office holders, they wrote a letter to him through the secretary to the state government (SSG), enlightening him that ‘by law’, their tenure would lapse in September, but he still allegedly withheld their salaries and allowances.

“Based on the appointment letters we have, we are to stay there for nine months, and that nine months will expire in September.

“This month has ended, and there is no salary and entitlements which we deserve. Based on this, we approached Bauchi State high court to demand our rights,” he said.

Chindo said they are therefore asking the court to order their reinstatement and payment of salary arrears and outstanding allowances allegedly withheld by the governor.