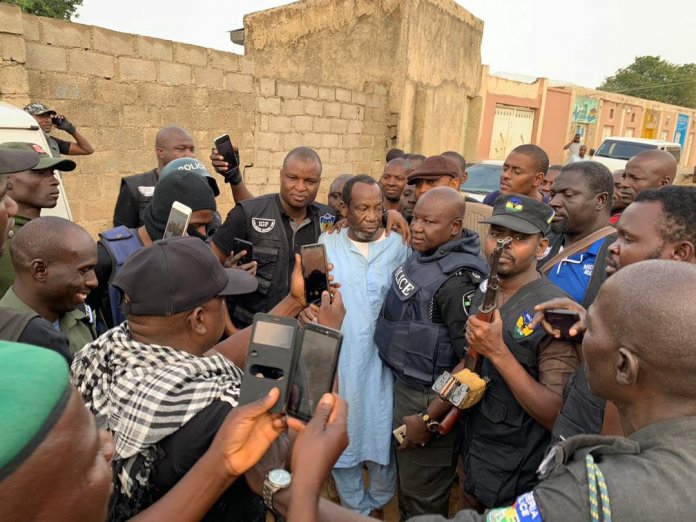 By Ibrahim Shuaibu in Kano  and Francis Sardauna in Katsina

A combined team of security operatives in Kano in the early hours of Tuesday rescued the kidnapped District Head of Daura, Alhaji Musa Umar-Uba.

It was gathered that the kidnapped district head was rescued after a fierce gun battle with his captors who were holed up in a secluded house along Madobi road in Samegu quarters close to Sani Abacha Youth Center, Kano.

Police have confirmed the rescue of the kidnapped village head.

Though Kano police command has yet to issue details of the operation as of the time of filing this report, the Katsina State Police Spokesman, SP Gambo Isah, confirmed the development in a telephone interview with THISDAY on Tuesday.

Isah said: “Yes, Magajin Garin Daura has been rescued. Right now, there is jubilation in Daura town. People are happy that he is back alive and healthy.”
The police spokesman did not disclose whether ransom was paid or not.
Uba, who is the Magajin Garin Daura, was abducted by suspected kidnappers on May 1, 2019 and since then, no contact was established between his family and his abductors.
More details later…