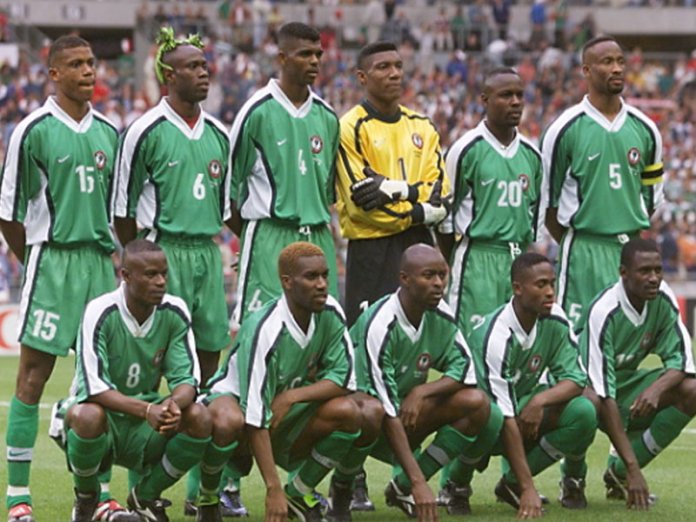 “One down, six more to go”, that was the immediate reaction of the Marketing Director of Nigerian Breweries Plc, Emmanuel Oriakhi, the brewers of Star Lager beer, the official partner of the Super Eagles and the Nigeria Football Federation (NFF), the moment Nigeria recorded a hard-won victory over Burundi who put up stiff resistance in the opening Group B match of the 2019 Africa Cup of Nations.

The Super Eagles who are returning to the continental showpiece after missing back-to-back editions secured all three points against the hard-fighting Burundi national team on Saturday courtesy of a well-taken goal scored by Odion Ighalo.

While commending the Eagles for not letting down their numerous fans across the world with their winning start at the Continental show piece, the Marketing Director for Nigerian Breweries Plc, Mr. Emmanuel Oriakhi has urged the team to take the matches one after the other and that winning the championship next month should be the ultimate goal.

“We should break new ground by winning for the fourth time”, he said, saying that Star Lager beer is solidly behind the Super Eagles.

“The win in the opening match no doubt as brought shining moments to Nigerians and we expect the team to go all out in the remaining group phase games.” Oriakhi stated after the Saturday night encounter.

The Super Eagles are presently top in Group B having secured maximum points in their opening game while Guinea and Madagascar are behind with one point each having played out a 2-2 draw also on Saturday.

“The team has seven matches leading to the winning of the competition. They have won one and are leading the group. Two more matches at the group stage and one in the Round of 16 puts the team within medal range if they scale the quarter finals hurdle”, Oriakhi, the marketing director of the biggest brand supporter of the Super Eagles.

Meanwhile passionate fans at various locations across the country also had a taste of the Star Lager shining moments following the Super Eagles win in Alexandria on Saturday night, as they were treated to premium entertainment. The lone strike by Ighalo literarily summarized a wonderful nite of the Shine On Naija Campaign of Star Lager beer in its television commercial that was unveiled last Friday.

Star Lager beer recognizes that behind the passion associated with the game of football, is the greatness and victory that is not only up to the players on the field. It is about the millions of fans united by passion and pride that sparks and ignites winning moments.

“We (Star Lager) want to celebrate the passion and pride of the fans as the true power behind the winning moments of the Super Eagles as they attempt to win the biggest continental football glory again,” Oriakhi remarked.

After the match on Saturday, many fans were rewarded with wonderful gift items in a raffle draw that was held after the match. Prominent dance groups also entertained the fans at the various Star Fan Parks across the country.