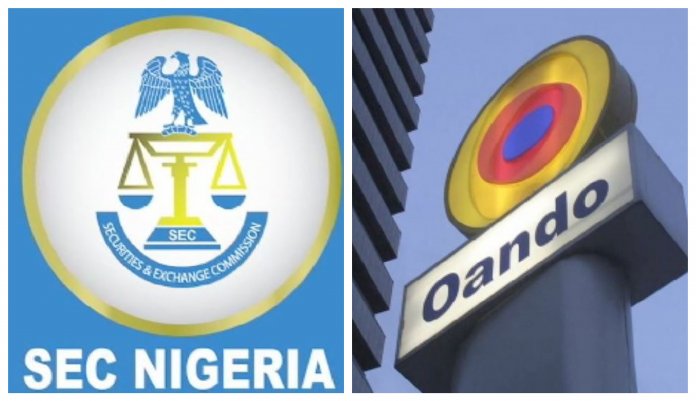 Since the removal of key directors of Oando Plc by the Securities and Exchange Commission (SEC), so much has been written by different authors on the matter. Various stakeholders have also had a field day running commentaries and analysis on the issue now before a court of competent jurisdiction.

However, most of the commentators were fixated on the interest of the affected directors of Oando. Some have vigorously argued on the side of SEC, defending the action of the regulator as a fit and proper thing to do in the circumstance. But not many spare a thought for the investing public. Without prejudice to the ruling of the court on the matter in the coming days, it is apposite to situate the argument within the confines of justice, equity, fairness and above all, public interest. Oando is not a family business. It is a company held in trust for the investing public. It is a publicly quoted company. Therefore, every decision of the company and the regulator must, above all, serve the interest of the public, rather than the interest of a privileged few.

Nigeria has been a victim of vested interest for far too long. The collapse of some banks a couple of years back was a consequence of vested interests of a privileged few who feasted on the treasuries of these banks as though they were their private purses. And so, against every grain of logic, these privileged few pillaged the banks’ vaults with rapacious fury. They became undertakers in a business they were only privileged to manage.

Until the then Central Bank of Nigeria Governor, Sanusi Lamido Sanusi summoned the spunk to probe the banks and audit the activities of their handlers not many Nigerians were aware of the rot that had set in and insidiously cankered the foundations of these banks. Depositors’ funds grew wings and flew into private pockets. Managers of banks who ought to exhibit utmost prudence and fiscal decorum went on a wild binge. They acquired private jets with people’s money; bought estates in exotic places offshore. Some inclined themselves on the dubious plane of extreme vanity. Depositors’ funds were loaned to cronies without concomitant collateral and in the weird spirit of cronyism, all the money is shared between the loan giver and the loan receiver. And in a matter of time, the loan is classified as ‘toxic’; meaning non-payable. A win-win for the crooked giver and the dubious receiver.

In times past, the phrase ‘failed bank’ was writ large. It was commonplace for depositors to lose their funds because a bank was classified as ‘failed bank’. In layman’s language, it means the bank has become bankrupt and unable to meet its obligations to depositors. Yet banks ought not to fail. Failed bank syndrome is symptomatic of a poorly regulated banking system. It indexes regulatory failure and a culture of abdication of good corporate governance. At the end it is the horde of poor depositors that lose. The bank operators simply get a slap on their wrist and walk away with their loot and spoils of office. No nation can grow its socio-economic structure with such culture of ‘anything goes’.

It is this culture of protecting vested interest of a few far above public interest that has held the nation captive. This is the context which Nigerians should analyse the imbroglio between the regulator, SEC, and Oando. The question is: Did SEC act outside the powers conferred on it by the Investment and Securities Act (ISA)? The answer is No. Did SEC act in the overall public interest? The answer is Yes. The act empowers the commission to undertake actions in order to protect both investors’ interest and that of market operators as well as ensure market integrity.

Oando’s argument was that it was not given fair hearing, meaning the company was not allowed to defend itself. Yet, the same Oando admitted that it was aware of the investigation; that it had communication exchanges with the independent auditor, Deloitte, Nigeria. Oando also admitted that it had active engagement with SEC in the course of the investigation. This means that queries were raised by the investigator and Oando provided insight into those queries. Same applies to SEC which Oando also admitted it had engagement with while the forensic audit lasted. And you just wonder, what really is this fair hearing? To further underscore that there was enough fairness in its handling of the matter, SEC wrote in its response to Oando’s claim of absence of fair hearing thus: “To put the records straight, SEC hereby states that fair hearing is a paramount and fundamental principle which the commission as a law-abiding agency adheres to in all its investigative processes.

“In the course of the investigations, communications e.g. letters and phone calls were exchanged and meetings held between the commission and Oando Plc, requesting for its comments and explanations on issues relating to the investigations.

“The findings of the commission were communicated to the Group Chief Executive Officer (GCEO) of Oando Plc by a letter dated July 10, 2017.” This does not sound like a witch-hunt or lack of fair hearing. If anything, it portrayed the entire process as transparent, fair and just.

Some analysts lapping up the position of Oando even argue that the same treatment meted out to Ecobank Transnational International (ETI), should be extended to Oando. This is lazy thinking. Both cases are different. The case of Oando was clearly a forensic audit while that of ETI was corporate governance audit. Besides, ETI was willing to be investigated and presented no resistance. It bears stressing the point here that the Chairman and Managing Director of ETI had to vacate their positions so as not to be seen as interfering with the investigation.

Oando did everything to frustrate the audit including going to court. And the question arises: Why would a publicly quoted company not submit itself for an audit by the regulator? What are they hiding? It is in the interest of the investing public that Oando is subjected to forensic audit especially after an earlier investigation suggested some discrepancies in its book.

Attempts to distort the truth will not help the cause. Oando had ample time to make its submissions. And it did make its submission through its responses to queries raised even as it admitted in its statement of various engagements with both the auditor and SEC. Except it is saying that SEC must see things from its side of the prism.

Again, the argument that because an Administrative Proceedings Committee (APC) was not in place therefore SEC has no locus to sanction Oando falters on all fronts because the law does not state that APC must be convened before companies are sanctioned.

But Nigerians should always remember that one party is the regulator and the other a player. The regulator has shown enough proof that it acted within the ambit of the law. No player should consider itself above the law. Besides SEC acted to protect public interest. Such proactiveness on the part of the regulator ought to be commended not denigrated. SEC should, in the interest of the investing public, stand its ground. This is the heart’s cry of President Muhammadu Buhari: to stem the tide of corruption in the system. 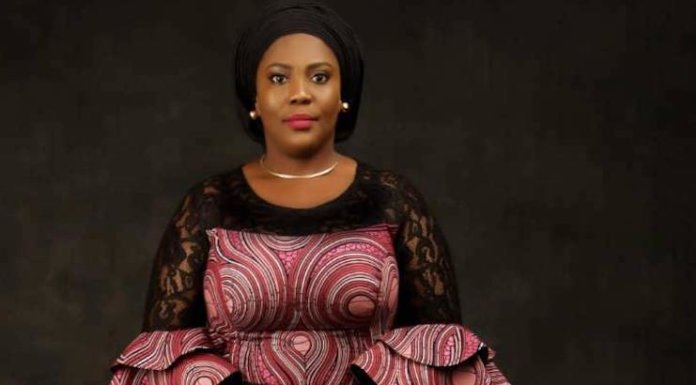