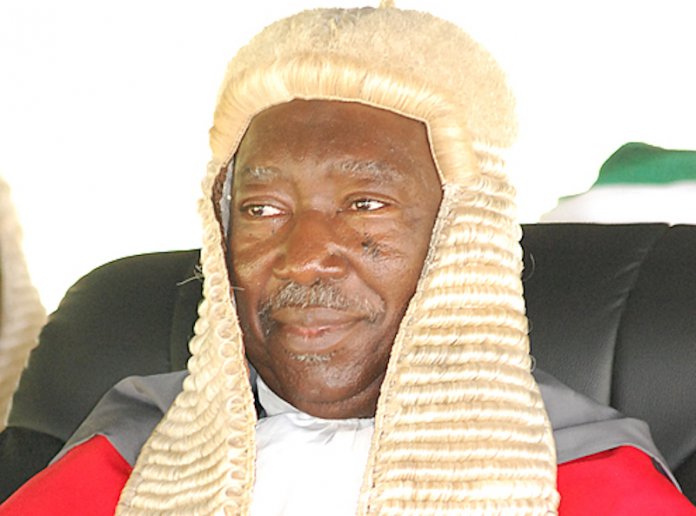 A court in Kogi State has emphatically made it known to Governor Yahaya Bello and the state house of assembly that they could not jointly or unilaterally remove the chief judge, reports Davidson Iriekpen

Attempts by Governor, Yahaya Bello and the House of Assembly to remove the Chief Judge of Kogi State, Justice Justice Nasir Ajanah, from office met a strong resistance when a high court sitting in Koton-Karfe ruled that the executive and legislature, jointly or unilaterally, could not remove him without recourse to the National Judicial Council (NJC).

The presiding judge, Justice Alaba Omolaye-Ajileye, while delivering judgment in a suit brought against the assembly, the governor and three others by Justice Ajanah and the Chief Registrar, Yahaya Adamu, said to allow only the assembly and the governor of a state to remove a chief judge of a state or any judicial officer for that matter, without the input of the NJC, was tantamount to destroying the very substratum of justice and introducing a system of servitude, inconsistent with the constitutional independence of judges.

The judge, who was very livid while reading the judgment, re-emphasised that it was only the NJC, established under Section 153(i) of the Constitution (as amended), that has the power to recommend to the governor, the removal of a judicial officer. He noted that where a chief judge of a state is to be removed, for whatever reason, it is the NJC, not the state assembly that has the power to make recommendations to the governor of a state under item 21(d) of the Third Schedule to the Constitution.

“It is also the NJC, established under Section 153(i) of the constitution (as amended), that has the power to recommend to the Governor, the removal of a judicial officer. Where a Chief Judge of a state is to be removed, for whatever reason, it is the NJC, not the state House of Assembly that is empowered to make recommendations to the governor of a state under item 21(d) of the Third Schedule to the Constitution.

“To allow only the House of Assembly and the governor of a state to remove a chief judge of a state or any judicial officer for that matter, without the input of the NJC, will be monstrous and outrageous as it is capable of destroying the very substratum of justice and introducing a system of servitude, utterly inconsistent with the constitutional independence of judges,” he said.
Justice Omolaye-Ajileye not only found merit in the suit and allowed the declarations sought, but granted all the reliefs and declarations sought by the claimants in the suit.

“On the whole, I find merit in this action and it succeeds. All the declarations sought are allowed.”
The case started when following the industrial action embarked upon by the judicial workers, the Secretary to the State Government (SSG), Folashade Ayoade-Arike, who had a pending case before the Chief Judge, addressed a letter to him on the orders of the state governor to release the payroll of judiciary staff for pay parade of civil servants in the state. The chief judge then instructed the Chief Registrar to reply the letter, as it was unethical for him to communicate directly with her while the case was pending.

In the reply, the claimants declined to yield to the demand for staff payroll on the grounds that the request was contrary to the provisions of the state Public Finance (Judiciary Special Provisions), Edict No. 6 of 1991 and sections 81(3) and 162 (d) of the 1999 Constitution. The development led to a communication between the SSG and the assembly, alleging financial misappropriation on the leadership of the judiciary.

Consequent upon this, the judicial officers approached the court with suit number: HC/KK/11CV/2018 to challenge the powers of the governor and the state House of Assembly to remove them from office over refusal to be investigated by the state assembly.
Other respondents in the suit were the Speaker of the assembly, Bello Hassan Abdullahi, Chairman of the Ad hoc Committee and the state Attorney General and Commissioner for Justice.

In their originating summons, they posed four questions for determination which revolved round whether the defendants had power to remove the chief judge as a “judicial officer” within the meaning of sections 292 and 318 of the 1999 Constitution.
They also sought to know among others, whether the 1st defendants (Assembly) or its committee was vested with the power to invite the first claimant (Ajanah) to the floor of the assembly for the purpose of investigation.

They equally sought declarations that the defendants were not vested with the power to remove the CJ or invite him to the floor of the assembly for purpose of investigation; that the constitution of the ad hoc committee by the assembly on December 11, 2018 was unconstitutional, ultra vires and therefore, null, void and of no effect.

They also sought orders of perpetual injunction setting aside the purported resolution and another restraining the defendants, their agents, privies or servants from investigating or exercising any form of disciplinary control or sanctions on the claimants.

It was not only the chief judge who benefited from the judgment as Justice Omolaye-Ajileye, also declared that the chief registrar of the state High Court held a statutory position as the accounting officer of the judiciary and was therefore, not subject to the control and supervision of either the executive or the legislature.
The above case is not the first time the court would halt the arbitrariness of a state governor and the House of Assembly in removing a chief judge from office.

Since the enthronement of democracy in 1999, the NJC has consistently been telling state governors and their Houses of Assembly that they could not appoint or remove a chief judge without its input. But this constitutional provision has often been flouted.
The most recent was on May 5, 2009 when the then Governor of Kwara State, Dr. Bukola Saraki, sacked the state chief judge, Justice Raliat Elelu-Habeeb, from office for alleged corruption, misconduct as well as high handedness in handling the crisis in the judiciary.

Rather than notifying the NJC, Saraki wrote a letter to the state House of Assembly, complaining about the chief judge and the need to remove her from office. Upon receiving the governor’s letter, it took the lawmakers just 45 minutes to deliberate on the letter and gave a unanimous approval to the governor’s request. Before anyone could say anything, the chief judge was sacked.

In 2012, the seven-man panel of justices of the apex court led by Justices Walter Onnoghen, Christopher Chukwumah-Eneh, Muhammad Muntaka-Coomassie, Olufunmilola Adekeye, Mary Peter-Odili and Olukayode Ariwoola, in a unanimous decision, declared all the actions taken by the Saraki-led executive arm, acting in consonance with the state House of Assembly on Justice Elelu-Habeeb’s removal as a nullity.

They held that both the governor-led executive arm and the state lawmakers lacked the constitutional powers to remove the chief judge without an input of the NJC. The court held that the NJC was by law a necessary party that must be involved in determining the fate of a judicial officer.

Citing Section 271(1) of the 1999 Constitution, the apex court said: “It is not difficult to see that for the effective exercise of the powers of removal of a Chief Judge of a state by the governor and House of Assembly, the first port of call by the governor shall be the NJC. Although the governor of a state has been vested with the power to appoint the chief judge of his own state, that power is not absolute.”

Justice Mohammed said: “That is to say for the purpose of emphasis, the constitution of the Federal Republic of Nigeria, 1999 does not give the Governor of Kwara State, acting in conjunction with the House of Assembly of Kwara State, absolute power to remove the Chief Judge of the state from his/her office before the age of retirement without the recommendation of the NJC.

Perhaps, with the Kogi example, governors would start to learn to appreciate the very essence of separation of power, which guarantees the independence of the judiciary and desist from attempting to exercise absolute power only to be put in their place by a court of law. 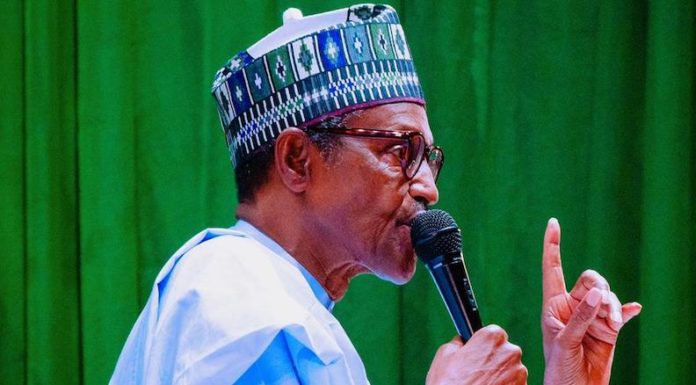