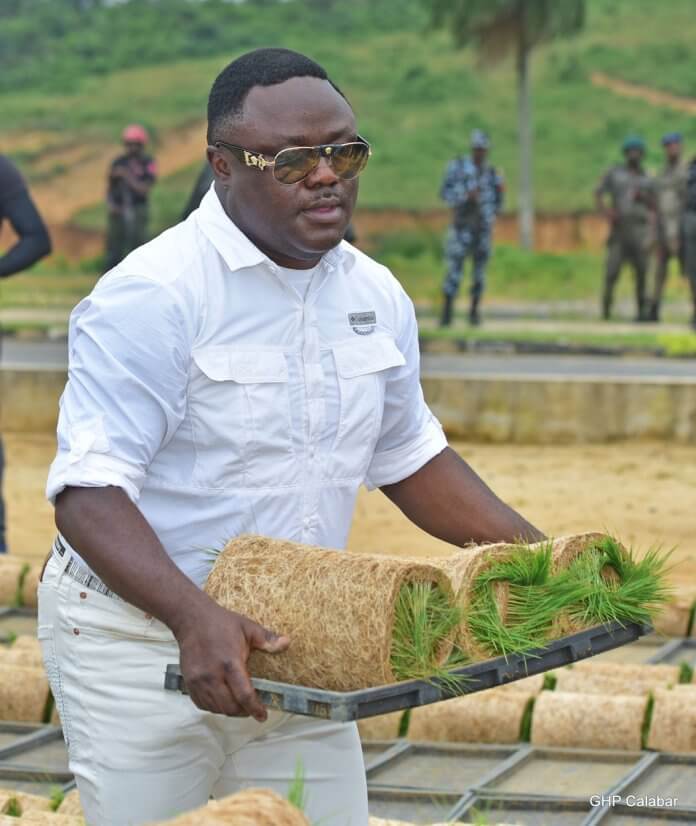 Nigerians  love rice with a passion. You can decipher that from the multiple recipes that have come out of rice alone. Whether it is prepared as Jollof, (a recipe currently in keen contention with the Ghanaians over who originated it), to yet another recipe of rice eaten with stew and whatever protein of your choice or even rice and beans, Nigerians would eat up all of these with relish.

Rice is one of the most consumed staple foods in Nigeria, PWC in one of its recent reports estimate that rice has a consumption rate per capita of 32kg. According to the firm, “In the past decade, consumption has increased by 4.7%, almost four times the global consumption growth, and reached 6.4 million tonnes in 2017 – accounting for c.20% of Africa’s consumption.”

This is not surprising, in the 60s and 70s according to how the story goes, rice was eaten mostly on Sundays and Christmas only depending on how privileged your family or household was at the time.

Today, with the exponential explosion in the middle class with the attendant income advantage, rice consumption witnessed an unprecedented surge to the extent that such traditional stables like yam, fufu, garri, Amala suddenly took a back seat as rice overtook them to become a daily item on the family menu in some households.

According to PWC, “As of 2011, rice accounted for 10% of household food spending, and 6.6% of total household spending. Given the importance of rice as a staple food in Nigeria, boosting its production has been accorded high priority by the government in the past 7 years. Significant progress has been recorded; rice production in Nigeria peaked at 3.7 million tonnes in 2017.

Yet, the demand for rice exceeded its supply by 2.7 per cent to peak at 6.4 per cent. The apparent importance of the gap was the opportunity it presented to farmers, government and the private sector to take advantage of the opportunity to fill the gap by going into rice production.

But there is a problem and PWC succinctly located the problem in the traditional ways of farming in Nigeria which needed change because of the low yields per hectare of farmland. According to the auditing firm, “Nigeria’s mechanisation has remained low at 0.3 hp/ha, relative to 2.6hp/ha in India and 8 hp/ha in China. The number of agricultural tractors is estimated around 22,000, relative to 1 million and 2.5 million in China and India respectively. Low income, limited access to affordable financing and the lack of technical skills have limited the adoption of mechanisation across the rice value chain.”

It suggested that increasing the mechanisation rate in Nigeria from 0.3hp/ha to 0.8hp/ha in the next 5 years, can double rice production to 7.2 million tonnes; adding that “To achieve this, we estimate that Nigeria will need to at least triple its current stock of machinery over the same period. In addition to raising production, adequately increasing mechanisation has the capacity to raise yields, increase labour productivity, reduce post-harvest losses, increase the income generated by farmers and deepen import substitution.

That brings us to the story of today. In the last few days or for about a week now, the soundbites coming out of Calabar, the Cross River State capital are a melody to the ears. The good news is that the federal government has approved the sum of N10.8 billion to order rice seedlings from the newly established rice seedling multiplication factory set up some few years ago by the current administration in Cross River State. The order is for the southern states under the auspices of Rice Farmers Association of Nigeria (RIFAN) with the support of the Central Bank of Nigeria (CBN).

According to a recent statement from the state government, it has begun the supply of seedlings during the week to Bayelsa and Delta States. Other states within the South-South region are next in line in the supply chain from the automated rice seeds and seedlings factory inaugurated in June last year by President Mohammadu Buhari.

The supply forms part of the first batch of production worth N3 billion, This goes to confirm that the state government’s industrial revolution is not only for real, but it is also gradually unravelling and gaining traction by the day.

The ample reason for the state and particularly Governor Ben Ayade to celebrate this remarkable milestone. Shortly after President Muhammadu Buhari inaugurated the project in June last year’s, cynics went to town with the story that the equipment and machinery installed for the inauguration were hired and soon as the event ended, the owners or vendors who brought the equipment reportedly carted them away.

That is why perhaps the governor is taking it in his stride to pat himself on the back like the proverbial lizard after jumping down from a baobab tree and seeing no applause nod its head in self-praise.

The governor was far-sighted and right in choosing this project because the state has a comparative advantage in rice production. It has the arable land mass for general agriculture not only for rice alone, bountiful rainfall and sunshine to become the food basket of the nation.

Visualizing the agricultural future of the state and the South-South region, Ayade pointed out that “overtime, Cross River will lead us into a situation where Nigeria will be the next exporter of rice because Bayelsa and Delta are fully ready to receive our seedlings and I am sure that in no distant time, Rivers, Edo and other states in the Niger Delta will follow.”

He has already started well by identifying a cash cow which is agriculture. The next step is to tap into the opportunities that abound in the entire rice value chain especially with the introduction of mechanised rice cultivation which would ultimately optimized yields and revenues.

The governor is firm on this promise when he recently reiterated that he would provide “mechanisation support and planting services, so indeed what is happening is that Nigeria is gradually migrating from the primitive, rural and African method of rice farming to a civilised modern technology-driven farming as your yield will go up, your size of land will be less with maximum yield and your per hectare will move from two tons to ten tons per hectare.”

Given the multiplier effect agriculture provides in a well-thought-out programme, Ayade is on the right track to genuinely create a new set of entrepreneurs or business owners who would create wealth, be employers of labour and emerge as millionaires in the long run.