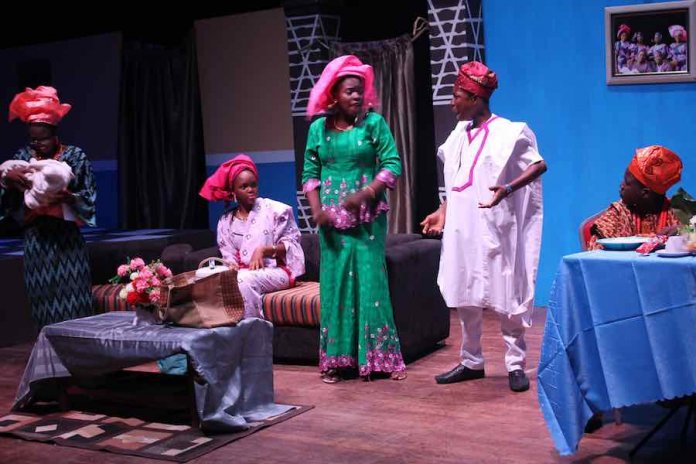 After weeks of intense training and competition, Vital Years Secondary School in Zaria was declared winner of the inaugural  MTN Theatre for Schools competition. The school edged out winners from the regional competition: Baptist Comprehensive College (Ibadan) and the Nigerian Navy Secondary School (Port Harcourt) to clinch the golden spot at a nail-biting grandfinale in Lagos.

Launched in May, the initiative is a pan-Nigerian competition aimed at grooming the next generation of actors, actresses and theatre practitioners as part of the MTN Foundation commitment to the development of arts and culture in Nigeria.

Students from selected secondary schools in Kaduna, Oyo and Rivers states coached by university theatre arts students, contested in regional competitions for places in the national finals in Lagos. The students were trained by their coaching teams in Directing, Technical Theatre, Stage Management and Costume & Makeup.

For the grand finale which held  in Muson Centre, Onikan, Lagos, representatives of the winning school in each region dramatised the same play, ‘The Naming Ceremony’ by Seffi Attah.

All participating schools in the competition’s maiden edition will be adopted by the Foundation as ‘MTN Arts and Culture Schools’ and paired with some of theatrical leading lights with the hope of nurturing and developing identified talents.

“One thing that has become clear from supporting arts and culture over the last few years is that Nigeria is burgeoning with amazing talent and many stories waiting to be told. With the Theatre for Schools competition, we are offering a platform for our next generation of storytellers. We are looking at nurturing teens who will go on to become great thespians in the Nigerian theatre scene,” explained the Executive Secretary, MTN Foundation, Nonny Ugboma.

The MTN Foundation’s Arts and Culture Causes has for the last five years supported shows, plays, musicals and initiatives that aim to tell authentically Nigerian stories. Recent productions supported by the Foundation include critically acclaimed shows as ‘Fela and the Kalakuta Queens’, ‘Legends the Musical’, the Life in My City Art Festival in Enugu, ‘Our Son The Minister’, the Made in Nigeria Poetry Show and ‘High: The Play’.