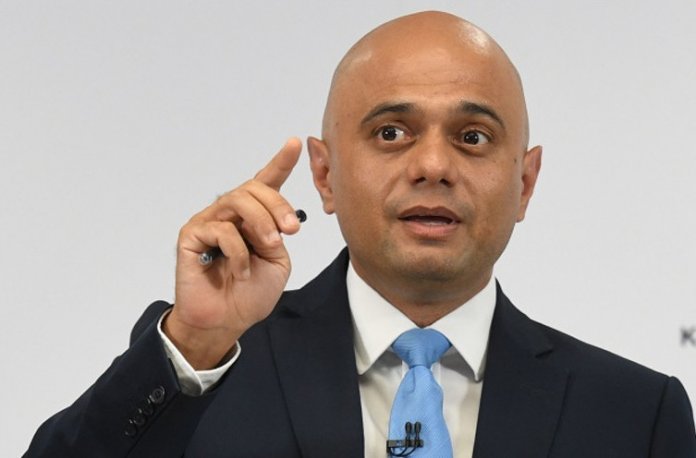 The Foreign and Commonwealth Office (FCO) of the United Kingdom has issued a security travel alert to British citizens, cautioning them against travelling to 21 states in Nigeria.
The alert issued by Home Secretary, Sajid Javid, said terrorists were planning to kidnap foreigners and urged them to also avoid some Niger Delta states.

The alert warned against spiraling insecurity in Nigeria occasioned by the activities of the terrorist groups, Boko Haram, and Islamic State for West Africa (ISWAP) in the North-east and banditry in the North-west.
“The security environment in the North-east has deteriorated since 2018 and there is a heightened risk of kidnap. Kidnaps in the North-east have included humanitarian and private sector workers.

“There is also a high threat of criminal kidnap in the Niger Delta region and Kogi State,” said the alert.
The travel advisory listed the states to include Borno, Yobe, Adamawa, Gombe and the Niger Delta States of Bayelsa, Delta, Rivers, Akwa Ibom and Cross River states.
“If you travel to areas to which the FCO advise against travel, you are particularly at risk and will need a high level of security.

“If you are working in northern Nigeria, you should make sure your employers provide an adequate level of security where you live and where you work; make sure they regularly review security arrangements and familiarise yourself with those plans,” it said.

The advisory further noted that “terrorists are likely to try to carry out attacks in Nigeria.
“Most attacks occur in the North-east, particularly in Borno, including central Maiduguri and along access routes connecting the city to other major towns and along the Niger border, including in Damasak, Yobe, including the eastern LGAs bordering Borno State both north and south of the Damaturu road, and Adamawa States.
“There have also been significant attacks in Gombe, Kano, Kaduna, Jos and Bauchi State and in the Federal Capital, Abuja.

“The terrorist threat across eastern Yobe and Borno States is high, with frequent recent attacks. Terrorist groups carried out attacks in North-east Nigeria during the February 2019 election period, and further attacks are likely. We continue to advise against all travel to Borno and Yobe States”, it said.
The travel security alert urged UK citizens to avoid crowded areas.

“You should avoid places where crowds gather, including political meetings, religious gatherings and places of worship, markets, shopping malls, hotels, bars, restaurants, transport hubs and camps for displaced people.
“Attacks could be indiscriminate and could affect western interests as well as places visited by tourists. Besides Abuja, other major towns and cities remain particularly at risk, including Kano and Kaduna,” it added.