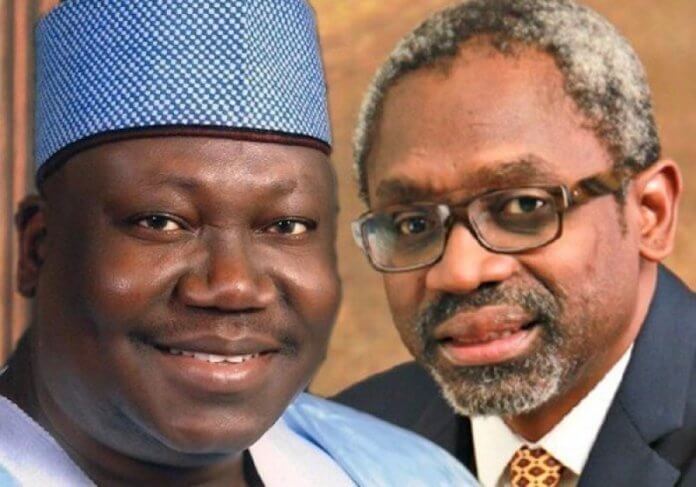 The Senate President, Senator Ahmed Lawan and the Speaker of the House of Representatives, Hon. Femi Gbajabiamila, have promised that the Ninth National Assembly will hit the ground running in terms of electoral reforms in preparation for the 2023 general election.

The observers mission that visited Lawan was led by Ambassador Keitec Karlsen.

They presented a copy of its observations from the 2019 elections.

The senate president said the senate would expedite action in ensuring that necessary actions were taken in amending the act to ensure more credible elections in the future.

He commended the mission for its 30 points recommendations on how to conduct better elections moving forward.

“Your visit today is historic, as it’s the first visit to my office after elections of the presiding officers of the ninth assembly.

“We consider our elections of great importance. We have lessons to learn and we want our elections to be credible and to meet with best practices.

“The National Assembly has always worked hard on the Electoral Act to ensure that we improve on the standard.

“Your recommendations will inspire us to better electoral processes,” he said.

Lawan explained that the inability of the National Assembly to successfully amend the act prior to the 2019 election was due to wrong timing, adding that the ninth assembly would begin the process early enough.

“This time, we will be quick to address all the grey areas and come out with better input.

“We need to see an improvement in our electoral system. So, we solicit your support to further boost knowledge of our members and committees.

“We, in the ninth assembly, will continue to work in a committed and united manner to offer the best to the electorate,” he said.

The president of the senate called on the European Union Mission to collaborate more with the National Assembly in order to build the capacity of lawmakers.

He also noted that the Independent National Electoral Commission (INEC) is an institution that has always been supported by the National Assembly.

“They also require more support and resources as the resources available are not enough for the enormous tasks.

“Our desire is that our electoral empire should continue to be independent to continue to perform its statutory functions creditably,” Lawan said.

Earlier, Karlsen congratulated Lawan for his election as the Speaker, assuring that the EU would continue to strengthen its collaboration with Nigeria.

The Deputy Chief Observer, Hannah Robert, disclosed that the observer mission was invited by INEC to monitor the last elections.

She added that, as an independent observer, the mission visited several polling stations in the country during the polls, stressing that the exercise afforded the observers the opportunity see events on self-appraisals.

On his part, Gbajabiamila in a statement by the Speaker’s aide, Mr. Smart Lanrewaju, said. “Nigeria is ready to always follow international best practices. I commend the fact that there has been improvement in Nigerian electoral process but more needs to be done.

“Parliament will hit the ground running in terms of electoral reforms as the process of elections is before, during and after the elections.

“Election is the bedrock of any democracy and there is the desire to get the process right,” he said.

The speaker commended EU for the tremendous job done all over the world, particularly in Nigeria.

Gbajabiamila expressed gladness for the partnership of the EU and sought collaboration on e-Parliament which was one of the intended reforms of the ninth assembly .

He assured the union of the parliament’s readiness to work closer to achieve the best results possible for the Nigerian people.

He promised to ensure continued harmonious working relationship between Nigeria and the EU.

Earlier, the head of the delegation, Ambassador Ketil Karlsen, said the EU had a great deal of respect for the parliament of Nigeria.

Karlsen said it was of great importance for continuous engagement between Nigeria’s parliament and the union.

He said the union would continue to lean on the leadership of parliament to increase the relationship between Nigeria and the EU which was the biggest development partners of Nigeria.

She said that all member nations of the union were strong individual partners of Nigeria and were determined to ensure that Nigerians did not suffer negativity while in the partnership.

The head of the delegation said that the union was ready to continue to support in investment and wealth creation in Nigeria.

“The team has been in Nigeria for a long time before, during and after the elections and the EU has provided over 100 million Euros to ensure Nigeria is supported from the angle of the affairs of government, parliament and civil society.

“We seek to encourage the national dialogue and consensus as doing things late can risk jeopardising the much needed reform process. We also seek more opportunities for mutual development,” she said.

The Deputy Chief Observer, Ms Hannah Roberts, said that there were improvements relating to elections in Nigeria.

Roberts, however, said that there were still some shortcomings to work on as the union had delivered the final reports with 30 recommendations for reform in future elections.

Meanwhile, the Senate President has appointed Babagana Muhammad Aji and Festus Adedayo as his Chief of Staff and Special Adviser on Media and Publicity, respectively.

According to a statement issued yesterday by Special Adviser to the Senate President on Administration, Dr. Betty Okoroh, “the appointments were made based on merit, experience, track record and competency of Aji and Adedayo needed by the Senate president in executing his planned legislative agenda”.

Aji, who is currently an Administrative Coordinator of National Health Insurance Scheme (NHIS) Outreach Services, holds a Master Degree in Educational Planning and Administration, and another one in Public Administration both from University of Maiduguri.

Adedayo on the other hand is a holder of PhD in Political Communication from University of Ibadan, and a member of Editorial Board of Tribune newspapers.