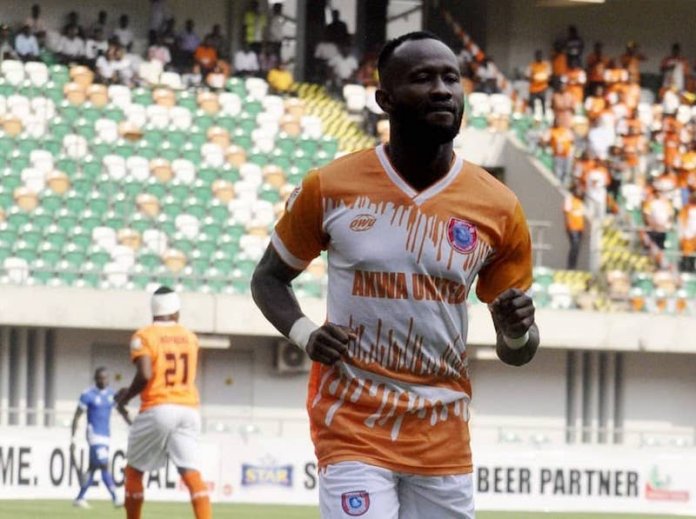 Eunisell announced on Monday that a decision has been made to award the Eunisell Boot to the duo of Nasarawa United FC’s Sanusi Ibrahim and Mfon Udoh of Akwa United FC, top scorers in the 2018/2019 Nigeria Professional Football League (NPFL).

In a dramatic move, the prize money will not be shared, but rather, both will be presented with a cheque for N2 million each for the 10 goals they scored respectively.

The Eunisell Boot values a goal in the Nigerian topflight at N200,000.

Eunisell Group Managing Director, Mr. Chika Ikenga said, “Our logic is simple; both players deserve to be rewarded for their performances. The eligibility to be awarded the Eunisell Boot, is based on the most goals scored.

“This past season saw Ibrahim and Udoh each scoring 10 goals. We look no further than that; there are no technical considerations that we factor in. We are delighted for these two players at the top of their game,” observed the CEO of Eunisell.

Ikenga continued; “The rationale behind Eunisell introducing the award in 2018 was three-fold: First, we set out to help increase the standard of professional football in Nigeria through incentive and awareness.

“Second, demonstrate to the youth that playing football in the professional league in Nigeria, is a viable career and third, increase spectator interest and support for local teams and players.”

Lokosa commented, “I wish Ibrahim and Udoh well, winning the Eunisell Boot had a dramatic and positive impact on my career. Congratulations to them both!”