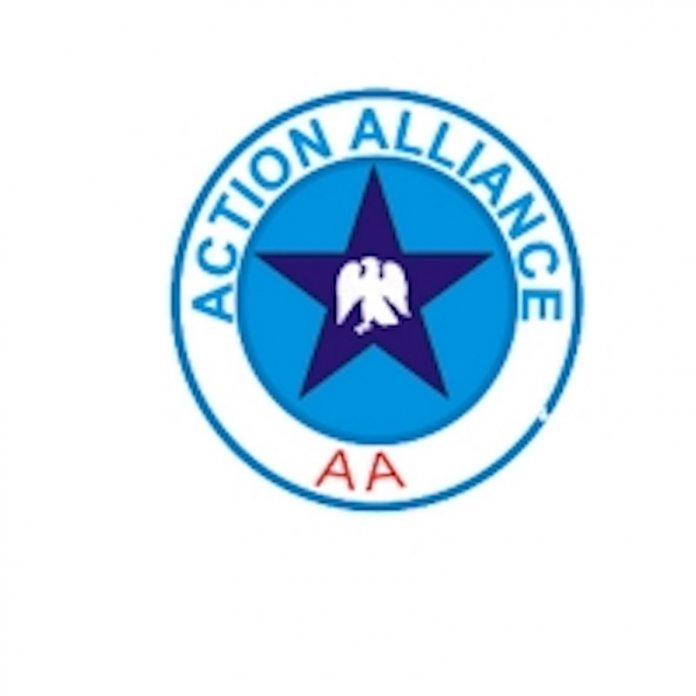 The party also called on the Economic and Financial Crimes Commission (EFCC), Independent Corrupt Practices and other related offences Commission (ICPC) and the Independent National Electoral Commission (INEC) to investigate the financial transactions of the party from 2017 till date, saying the N100 million generated from the sale of nomination forms, Expression of Interest forms and willful donations from candidates and aspirants during the last election could not be accounted for.

The Deputy National Chairman, Alhaji Mohammed Abubakar, alongside members of NEC and NTTC, while addressing a press conference in Abuja, said the briefing became necessary in view of recent undemocratic development embarked upon by Udeze and Vernimbe, adding that the media had been awashed with unilateral decisions, press releases and interviews by the national chairman against the party’s gubernatorial candidate in Imo state, Chief Henry Nwosu.

Abubakar noted that the national chairman and the secretary both of whom were involved in running the party unilaterally chose to throw caution to the wind by lying under oath to the election tribunal in Imo state to the fact that the National Think Thank Committee was not aware and in support of the party’s candidate in his pursuit to reclaim his mandate.

He said, “We as members of the National Think Thank Committee and NEC are aware that about N100 million was generated from the sale of nomination forms, Expression of Interest forms and willful donations from candidates and aspirants during the last elections has not been accounted for. Every effort made to have the duo of National chairman and national secretary to subject the accounts of the party to scrutiny had been rebuffed.”
“We invite the EFCC, ICPC and INEC to as a matter of urgency investigate the financial transactions of the party from 2017 to date with a view to unearthing any infractions. Let the corruption fight be extended to administration of our party

“Both Barr. Kenneth Udeze and Mr. James Vernimbe are suspended indefinitely from the party henceforth for various anti-party activities.

“In line with our party’s constitution, the Deputy National chairman in person of Alhaji Mohammed Abubakar takes over as Acting National Chairman, while the Deputy National Secretary, Mr. Raphael Onakorere, assumes the office of National secretary in acting capacity.”
The party however assured that its support for Nwosu was total and absolute, noting that the party was aware and in full support of his legitimate actions before the Election Petition Tribunal to reclaim his mandate.
The party warned the public that the duo of Udeze and Vernimbe no longer represent the party as national chairman and national secretary respectively, stressing that whoever accords them such prefix does so at his or her own peril.