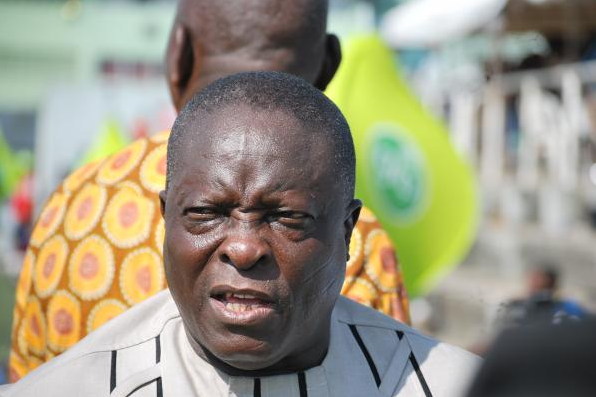 President of the Nigeria Boxing Board of Control (NBB of C), Dr. Rafiu Ladipo, has commended GOtv for its continued support for Nigerian boxing.

Ladipo made the commendation on Tuesday in Lagos at the press conference to announce the 19th GOtv Boxing Night, which holds at the Indoor Sports Hall of the National Stadium, Lagos, on 14 July.

The NBB of C President said the pay television company has remained consistent in its support of the sport, a gesture he said has resulted in the revival of the sport domestically.  “If there is one thing that is obvious about GOtv Boxing Night, it is consistency. Since the first edition in 2014, it has been consistent. We’ve seen similar shows like this that after some time, they go off.

“But in the case of GOtv Boxing Night, it has continued to grow in leaps and bounds. From edition one to 19, it is not easy. So I will like to, once again, say a big thank you to GOtv,” he said. Ladipo added that he is especially delighted by four Nigerian boxers, whose careers have been boosted by GOtv Boxing Night. Many other boxers, he said, have become known through the event in other countries.

“Our boxers are easily recognised anytime they go outside Nigeria to fight. This wouldn’t have been possible if not for GOtv, which gave them the platform to showcase their skills.

“Unlike in the past where our boxers are not given the right treatment, this is no longer so, thanks to GOtv,” said Ladipo.

His view is also shared by the NBB of C Secretary General and President, West African Boxing Union (WABU), Remi Aboderin, who said he is delighted by the regularity of Nigerian boxers travelling to fight in other countries as well as visits by foreign boxers to fight in Nigeria.

“Since the GOtv Boxing Night began, we have been seing our boxers go out to fight and boxers from other African countries coming here to face our best boxers.

“Also, our boxers are increasingly being rated and their records documented. This has been possible because of GOtv’s support. Hopefully, we will continue to see many talented boxers emerge to become champions in Africa and the world,” said Aboderin.