In her maiden press briefing as the Managing Director of Nigerian Ports Authority (NPA), in July 2016, Ms Hadiza Bala-Usman, had promised that the new management would strive for enhanced operational efficiency for improved revenue generation and inflows into national treasury.

The ports, she stated, are the critical arteries of the economy and it is their duty to ensure that the operators deliver ports services in line with the standards deserved in the 21st century.

She said that the new management would support President Muhammadu Buhari’s agenda of economic diversity.
“We will listen to our customers, importers and exporters and other agencies working in the ports to improve on our service delivery to the nation. Anything less than the world class services are simply not acceptable.
“Attaining such height is the mission to which we can all subscribe to. As a team leader, I have come to add my best efforts to yours so that we can collectively achieve result for our industry.”

She added that the new management would prioritise investments in primary equipment and infrastructure and services with commitment to fulfilling NPA’s concession agreement to hasten clearance of imports and exports from the ports.
She noted that collectively, the hard work of staff members could position NPA as a modern agency, “to function as regulator, all of us at NPA must be committed to the highest standards of performance. Let us uphold the most diligent work ethics in our individual beats as well as collective undertaking to achieve result.

“Everyone at the NPA has a role in promoting best practices in upholding good governance, standards and delivering quality services. We would jointly work hard with integrity and zero-tolerance for corruption. As the new management settles, we would be listening to your concerns and suggestions as we navigate the best options for effectively discharging the NPA’s mandate.”

Few days after she made the promise, she announced the immediate implementation of Revenue and Invoice Management System (RIMS), an effort meant to improve both revenue generation and ports operations using real time modern methods and techniques.

Speaking, at the Go-live and launching of the RIMS, Bala-Usman said that the platform was a fully convergence system which helps to integrate business in the ports industry through the use of internet based devices.
As part of the effort to improve revenue generation, the NPA also collaborated with the Nigeria Customs Services (NCS). Both agencies reiterated their resolve to work together to enhance revenue generation strategies of the federal government at the nation’s seaports by creating conducive working environment that will be of mutual benefit to both agencies.

Improved Revenue
The above efforts manifested in the agency’s 2017 results as it declared a total revenue of N299.56 billion for the 2017 fiscal year.

The 2017 revenue, which exceeded the previous year’s N162.20 billion by 84.65 per cent, is the highest generated by the agency in five years. The NPA had in a statement stated that the 2017 figure was made up of revenues from traffic, harbours, administrative and other sources in the sums of N136.04 billion, N66.80 billion, N86.06 billion and N10.75 billion, respectively.

Earlier, Bala-Usman had expressed concern about the condition of the port access roads and its impact on revenue generation for government, adding that more revenue would have been generated if the roads were not so bad.
Earlier this week, the NPA announced a revenue of N67.19 billion for the three months ended March 31, 2019, representing 24.8 per cent of the N270.56 billion earned in 12 months ending December 31, 2018.

The agency’s financial profile (unaudited) showing revenue and remittances to the Consolidated Revenue Fund (CRF) obtained by THISDAY revealed that the NPA raked in the amount via operating revenue while other revenue and investment income, which forms a bulk of its revenue are yet to be available for the period under review.

The financial results showed that the NPA recorded consistent growth in revenue and remittances in the last three years compared to what was obtainable in the past.

A breakdown of the six years’ revenue and remittances showed that the NPA recorded a revenue of N157.31 billion in 2013. Of the 2013 revenue, it made N137.9 billion through operating revenue and N15.08 billion, N1.24 billion from other revenue and investment income respectively. However, it remitted N13.17 billion.

In 2014, the agency recorded a total revenue of N172.8 billion, N149.7 from operating revenue and N22.4 billion and N636.5 million from other revenue and investment income respectively. However, its remittance for the year, improved by a little over N4 billion to N18.56 billion.

Looking Ahead
Meanwhile, THISDAY findings revealed that the NPA may not be able to continue to generate increased revenue in the years ahead owing to government policies that are discouraging importation.
Also, the federal government automotive policy that saw a massive increase in used car tariff in the last two years has impacted negatively on importation.

During the 2019 budget defence before the House of Representatives Committee on Ports, Harbours and Waterways recently, Bala-Usman admitted that government policies are affecting the revenue of the authority.

She said: “We have noted a reduction in traffic coming into our ports. We attribute this to the fact that Nigeria has been advocating for self-sustenance in terms of manufacturing and consuming what it produces.

“And so, this attendant reduction in cargo, in our understanding, is attributable to that because some of the items that constitute this drop include for example, the automobile policy, which had increased the cost of importation of automobiles from 30 to 70 per cent in order to stimulate manufacturing in Nigeria. So, there is steep decline in the importation of vehicles.”

“We also have an additional list of items that have been banned from importation. This is to try to stimulate production of certain items in the country and also ensuring that most agric produce are produced and consumed in Nigeria.
“So you can see the number of ocean going vessels reducing. The agencies that work around revenue generation for importation of cargo will be seen not to have performed,” she said.

Bala-Usman, added that the nation’s seaports are losing ship and cargo traffic because of certain government policies that are discouraging importation.
“And so, this attendant reduction in cargo, in our understanding, is attributable to that because some of the items that constitute this drop include for example, the automobile policy, which had increased the cost of importation of automobiles from 30 to 70 percent in order to stimulate manufacturing in Nigeria. So, there is steep decline in the importation of vehicles.

“We also have an additional list of items that have been banned from importation. This is to try to stimulate production of certain items in the country and also ensuring that most agric produce are produced and consumed in Nigeria,” she said.
Bala-Usman, disclosed that the projected internally generated revenue of NPA for 2019 was N276.75 billion while net revenue from oil source is N255.69 billion. The organisation’s total expenditure for the year, she further disclosed, is estimated at N229.91billion.

This is made up of N110.71 billion for operating expenses; N52.13 billion for overhead costs; N58.8 billion for pension cost and N119.21 billion for capital expenditure.
She said NPA plans to remit N20.62 billion into the Consolidated Revenue Fund from its projected 2019 operating surplus of N25.77 billion.

Chairman of the House Committee on Ports, Harbours and Waterways, Pat Asadu, however, said poor cargo clearing processes at the port may have contributed to the drop in cargo volumes.
He said: “I don’t want us to just dismiss this. You may want to look to see what other things are going on. I think maybe we should look at things like efficiency of cargo clearance. We know what is going on with the congestions at the ports. I have no doubt in my mind that there are a lot of other factors.” 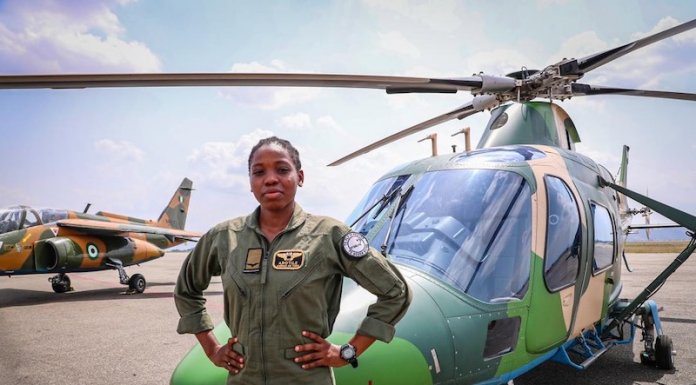