The British Council will host the screening of the VR documentary ‘Daughters of Chibok’ friday at its premises in Ikoyi.

Produced by Joel Kachi Benson, ‘Daughters of Chibok’ centers on Yana Galang, a woman leader in Chibok, whose daughter was among the kidnapped Chibok girls. The 11-minute film mirrors Galang’s pain as she hopefully awaits the return of her daughter.

The documentary was first screened to the public on April 14 at selected Lagos Parks and Gardens across the state to commemorate the fifth anniversary of the girls’ abduction.

Today’s screening, which is organised by VR360 Stories, in partnership with Imisi 3d, Northeast Humanitarian Innovation Hub, and the Murtala Muhammed Foundation, also doubles as a fundraiser for the mothers of the missing girls.

According to Benson, the womenfolk of Chibok play a vital role in sustaining their families, and it is important that they receive support, whilst they wait for the return of their daughters.

“It is one thing to lose your child and spend years waiting for her return, and it is another to still be living in abject poverty. We must remember that these women have other children to cater for, and when you don’t have the means of taking care of them, that is extra pain. If we can’t bring back their girls now, at least we should be able to do something about their economic situation,” he said.

‘Daughters of Chibok’ is the first-ever virtual reality film on Chibok. It also marks the second VR film by the filmmaker on the plight of victims of the insurgent group Boko Haram. His first, ‘In Bakassi’ focused on children living with PTSD in Internally Displaced Persons Camps in the North-east region. 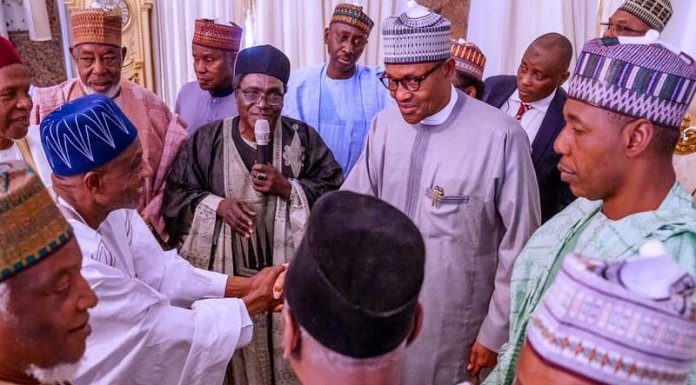