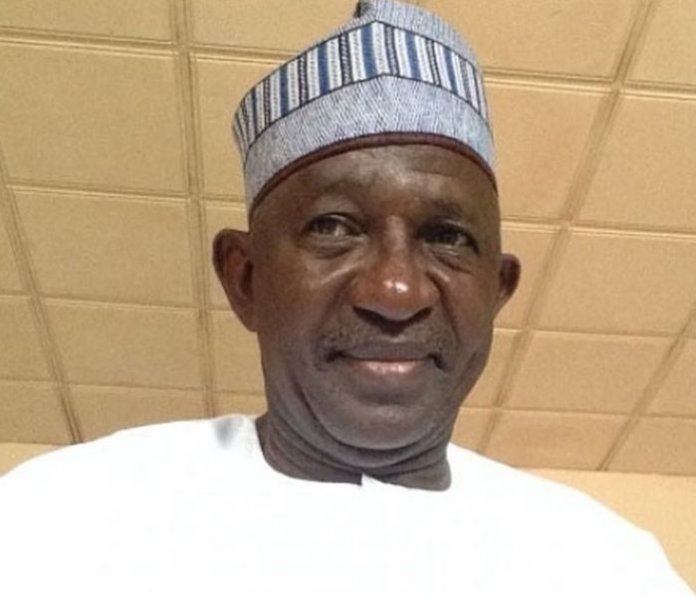 The Deputy National Chairman (North) of All Progressives Congress (APC), Alhaji Lawal Shuaib yesterday said he would not appear before a five-man disciplinary committee set up by the National Working Committee (NWC) of the party.

Shuaib, a senator representing Zamfara North between 1999 and 2007, also said under the Article 21 of the APC Constitution, the NWC “does not have power to constitute a five-man disciplinary committee that will determine my fate as an official of the party.”

He disputed the position of the party in a letter he addressed to the Deputy Chairman (South), Otunba Niyi Adebayo on Friday, acknowledging the receipt of the letter of invitation to appear before the five-man committee set up to look into his allegation against the APC National Chairman, Mr. Adams Oshiomhole.

Shuaib had in a letter dated May 27 asked Oshiomhole to resign his position for being unable to add to the value of the party, citing APC’s loss in Zamfara, Imo and Oyo as well as states where the party chapters were plagued with festering internal crises.

Consequently, at the end of its 38th regular meeting, the NWC had passed vote of confidence on the embattled national chairman despite calls by aggrieved members of the party, asking him step down.

Responding to a letter of invitation by the disciplinary committee, Shuaib queried the power of the NWC to discipline any member or party official under the APC Constitution, noting that he was too informed to get involved in illegality.

He said, “I do not know where the NWC derived the power to discipline from. The APC Constitution in Article 21 states that such power shall only be exercised by the party through the respective Executive Committee of the party at all levels.

“I am not a lawyer. But l have been in the political party system for about a decade now to be able to know that every decision of the party shall be in line with what its constitution stipulates.

“Given the NWC has the power, how can the chairman preside over a meeting in which discussions that border on allegations against him are discussed? Let me repeat again as in my letter to the chairman, you cannot be a judge in your own case.

“To even say he was seated there to accept a vote of confidence as well as preside over setting up a committee to punish the member that accused him. Those eminent leaders of the APC had fairness on their minds on matters of discipline and disciplinary procedures when they drafted the constitution.

“They entrusted the matter of discipline in the party to the larger Executive Committees and not a group of few members of the party some of who might probably be culpable in some instances.”

Shuaib said the fact that the NWC members had earlier passed a vote of confidence on the chairman before resolving to set up the committee put its purpose in doubt, saying the committee had already put the cart before the horse.

He said he never expected to receive the committee’s letter to investigate him on what he said of the chairman as there could not have been any need again.

He said that he was initially gladdened by an earlier statement by the National Publicity Secretary in his media reaction to his letter that the issues raised in the letter “are between two leaders.”

He, therefore, wondered at what stage it “became a NWC issue again. I can equally imagine how the NWC, an important organ of the party could convene what was described as a regular meeting for which less than 24 hours notice was given, specifically to discuss my opinion on the chairman and even issue a communiqué in that regard.

“You are actually making me appear to be more important than I have always felt. I am not sure of the source of your meeting with respect to the other shocking allegations contained in your resolutions. But what I read from it in all the newspapers this morning painted me darker than I am.

“That I was inciting members of the National Assembly against the nominees of Mr. President is to say the least that your meeting ran out of creative ideas on how to give a dog a bad name in order to hang it.

“They are weighty allegations. But I do not get intimidated. For those who know me, I have never in my life played any double standard. They can tell you that I do not tell lies for any favour, because I depend on God for all my needs and every other favour.

“That is why I stood my grounds in advising the Chairman to allow the party a breathing gap to heave a sigh and fly up once again without losing more feathers. However, with the aforementioned points in mind, let me state that with due respect to the NWC, I will not appear before your committee as it is illegal. I am too informed to get involved in illegalities.

“If you want to punish me for saying what I still believe is true, then you have to take this matter to where you are avoiding, the National Executive Committee. I assure you there is nothing personal about this except that my concern that the Party is drifting,” Shuaib explained