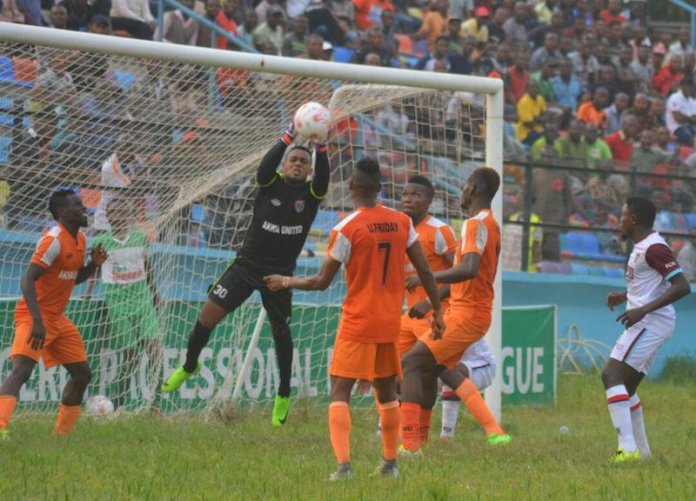 Akwa United came from a goal down to condemn FC Ifeanyi Ubah to their second defeat of the ongoing Nigeria Professional Football League (NPFL) Super 6 Playoff Championship at the Agege Township Stadium in Lagos.

The Promise Keepers are now on top of the table having pulled four points from two matches, while Lobi Stars and Enyimba, whose second matches come up later, are a point behind.

Ifeanyi Ubah are rooted at the foot of the table with no point from two matched.

Meanwhile, the third match of the day between Kano Pillars and Enyimba was suspended after the first half with scores at goalless draw.

The match was suspended due to heavy rains with a minute of two minutes added time played.

LMC has however fixed the game to resume at 9:00am this morning.