Obinna Chima
The Director General of the World Trade Organisation (WTO), Roberto Azevêdo, has stressed the need to strengthen the trading system across the globe.
He said this in his keynote address at the centenary summit of the International Chamber of Commerce (ICC) held in Paris recently.
He said that the creation of the ICC was a statement of intent about the positive role that business can play in the world.

He added: “As we look to a new century of multilateralism, we need to summon up that spirit once again. We need your boldness, ambition and innovation to help improve and strengthen the trading system for the future.”
Azevêdo, noted that in his many years of experience working on trade and WTO issues, he couldn’t recall a time when business engagement has been greater, “nor can I recall a moment when this has been more important.”

“As we look ahead to a new century of multilateralism, we are beset by challenges. The role of business and the ICC in helping to meet these challenges and shape the path forward will be vital once again.
“So let me say a few words about how all of this is playing out in the trading system. You all know about the situation in global trade today.
“Tensions are running high. In 2018, new restrictive measures were imposed on around $580 billion of trade. That is over seven times the level of the year before. And this is hitting trade growth. Just last week we published our quarterly World Trade Outlook Indicator, which gives an early guide to the trajectory of trade growth. It recorded a ten-year low.

“Key trade measures on export orders, international air freight, agricultural raw materials, electronic components, and automobile production and sales, are all well below-trend. And this does not capture some of the more notable trade measures that have been announced in recent days,” he said.
According to him, one of the key ways the trading system serves business is by providing certainty and stability.
But he pointed out that the current situation was compromising such goal.

“We are in a situation of huge uncertainty today. This weighs on investment and consumption.
“If we were to let this situation escalate further, the economic impact could be quite damaging and long lasting. A global breakdown in trade cooperation would have an impact to rival the financial crisis.

“At the WTO we are working urgently to reduce tensions. We are dealing with record numbers of disputes and working hard to help deal with members’ concerns. “Some also see reforming the WTO itself as a step towards resolving some of these issues. The G20 leaders have called for such reforms.”
Continuing, he said: “In considering our path forward, I think we need to see the bigger picture. It is important to acknowledge that today’s tensions have not materialised out of thin air.

“They are bound up in issues of geopolitics, and they are fuelled by the sense of economic insecurity that many people have today.
“Workers are being squeezed by the lingering effects of the 2008 crisis and the fourth industrial revolution which is transforming the labour market.
“Together these forces are fostering a heightened sense of fear and uncertainty about the future. This has helped to create an upsurge in anti-trade and, even more broadly, anti-foreign sentiment.

“One important element here is the perception that trade is taking people’s jobs and sending them overseas. In reality the key driving force behind job losses is innovation and higher productivity enabled by technology – not trade.
“But, regardless of the causes, it’s clear that people feel left behind by the pace of economic change. And they don’t think that the existing institutional arrangements are properly equipped to protect them.”

The WTO boss pointed out, however, that the modern economy was not destroying jobs overall – rather it is changing and replacing them.
In fact, more jobs would be created than lost, he argued.
“The real issue here is the lack of skills to fill the new positions and the disruption that this causes in people’s lives.

“This requires action in domestic policy to help workers adapt. Governments are seeking to respond to this in their own way.
“But no one is going to be helped by choking off trade – or by reducing cooperation between nations.
“Trade and the multilateral trading system have helped to build a more prosperous world and we must ensure that they continue to do so – in an ever more inclusive way.

“The world is changing fast. If we want to remain relevant, we must be ready to change as well.
“So this brings me back to the point of reform, and shaping the path forward for the trading system,” he said. 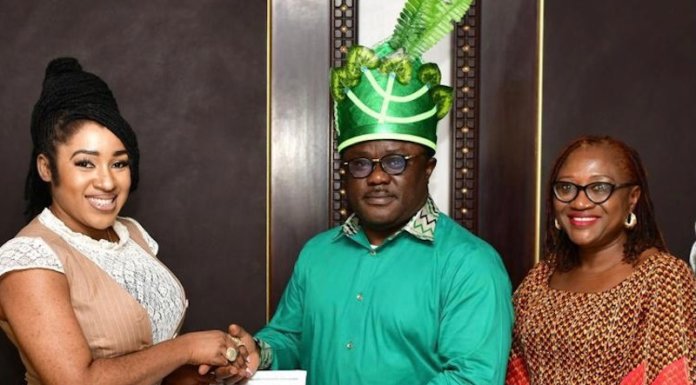