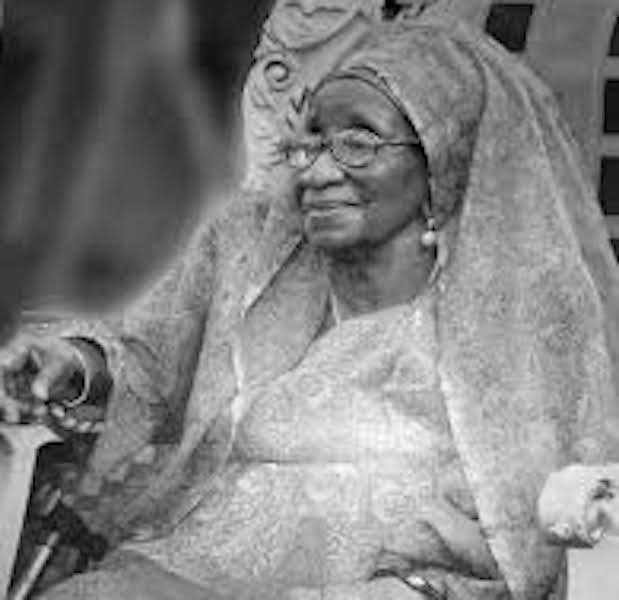 • Her demise personal loss to me, says Saraki

Deji Elumoye in Abuja and Hammed Shittu in Ilorin

The mother of the Emir of Ilorin, Princess Alhaja Aishat Nma Sulukarnaini Gambari, has reportedly died Monday evening in Ilorin, the Kwara State capital at the age of 124.

The Senate President, Dr. Bukola Saraki, has described her demise as a personal loss to his family.

Meanwhile, the Kwara State chapter of the Peoples Democratic Party, (PDP) has condoled with the Emir of Ilorin, H.R.H. Alhaji Ibrahim Sulu-Gambari, over the passing on of his mother.

Reacting to the death of Alhaja Aishat Nma Zuluqarnain Gambari, Saraki has described her demise as a personal loss to his family.

Saraki, in a condolence message personally signed by him yesterday stated that “even as a Muslim who must submit to the wishes of Allah at all times, I want to say that Alhaja Zuluqarnain’s Gambari’s death is a personal loss to me and my family”.

“I find it extremely difficult to accept that our mother and our revered queen-mother has departed. Even though I am short of words to express my sadness and to praise her virtues, I want to say that Nma Zuluqarnain’s demise has left a great void in our lives – my family and I – which will be difficult to fill.

“We have lost a virtuous and compassionate queen-mother, who lived her life in the service of Allah, the Muslim Ummah, the Ilorin Royal House, the Ilorin Emirate Council, Kwara State and the nation at large.

According to him, the queen-mother was always there “for me as her love and affection for me and my family cannot be quantified and her soothing words of motherly advice to me overtime still ring in my ears”.

“I can say that during my meetings with our mother over the years, I found her to be a complete embodiment of peace, wisdom, humility, hardwork, philanthropy, discipline and piety. Those of us who knew and interacted with her closely, can testify that she was a woman with a deep sense of compassion, love and above all, an ideal Muslim faithful,” Saraki said .

Saraki further testified that the late queen-mother “was a true servant of Allah who contributed immensely – time and resources -to the furtherance and deepening of the Islamic faith in the lives of Ilorin sons and daughters through her deep knowledge of the Quran, life of piety and force of personal example.

“I cannot forget her passion to ensure that wives in the Ilorin Emirate in particular and Kwara State in general embrace and practice the true teachings of Islam which dictate unalloyed obedience to their husbands, care for children, community support, fidelity to the Islamic faith and faithfulness to marital obligations,” the Senate president added.