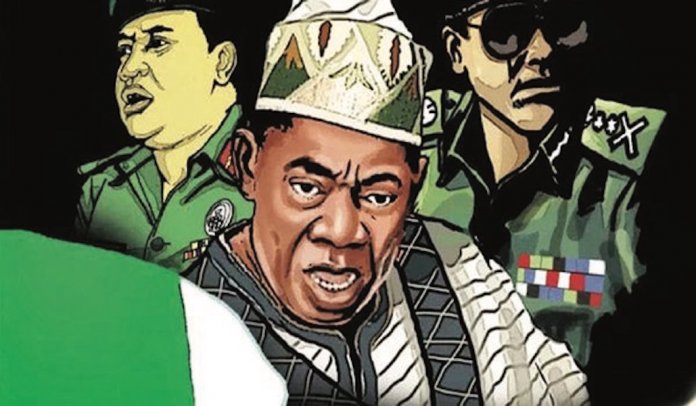 A good governance advocacy group within the All Progressives Congress (APC), the Unity House Foundation (UHF), has declared that June 12, 1993 election reminds Nigerians about the unity of the country.

Chairman of Board of Affairs (BoA) of UHF, Chima Onuoha, made the declaration Wednesday while addressing journalists in Port Harcourt, ahead of the group’s Second June 12 Democracy Day Lecture.

The lecture with the theme; “National Security, Beyond Power, Politics and Passion” will have the immediate-past Vice-Chancellor of Igbinedion University, Professor Eghosa Osaghae, as guest lecturer.

Chima said: “June 12, 1993, was not just an election date. It was the day Nigerians from the East to West, North to South, clearly, courageously and categorically rejected lies, bigotry and deceit that had characterised our electoral processes and outcomes.

“On June 12, 1993, Nigerians exposed the much-vaunted belief that they are not able to look beyond ethnicity and religion, in choosing their leaders.

“At great cost – death, incarceration and banishment into exile – the people stood firm and today, our nation, our country and Republic is better for it. Suffice it to say that the democracy we enjoy today was built on and established with the blood of our great men and women.

“June 12, is a reminder that a people united, determined and focussed has the capacity and enablement to create an ocean in the desert.”

He lauded Preaident Muhammadu Buhari and the National Assembly, for having the courage to proclaim June 12 as the real Democracy Day and a National Day.

The Chairman said: “We at the Unity House Foundation, whole-heartedly extend our gratitude to President Buhari and the National Assembly for having the courage to proclaim June 12 as the real democracy day and a National Day.”