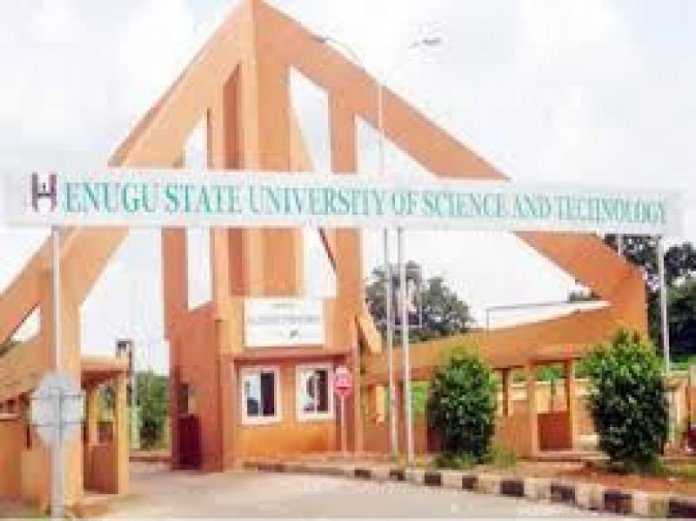 The Uzo-Uwani Professionals Association (UZPA) has kicked against the plan by the Enugu State Government to relocate the Enugu State University and Technology (ESUT) located in Adada community, describing it as injustice.

He stressed that the Adada Campus of ESUT was closed 15 years ago in a bid by the then administration of Governor Chimaroke Nnamani to centralise the university structure in his native Agbani community in Nkanu Local Government Area of the state in negation of the Act establishing the institution.

To this end, Eze therefore called on the state government to reactivate the Adada Campus in line with the multi- campus system recently passed into law by the state House of Assembly.

He stated: “The people of Uzo-uwani Local Government Area where the Adada Campus is located consider it a mark of injustice against its people for the state to relocate the university campus.

“We understand that following the restoration of the multi- campus structure of the university by your government, the school viz: Faculties of Medical Sciences, Agriculture and Social Sciences have been returned to Enugu North zone. We are also aware that the state government will take advantage of the 400-bed specialist hospital, which is currently under construction in Igboano to host the proposed College of Medicine. That is commendable.

“It is on record that the original campus of the University of Enugu North is in Adada, and so it is naturally expected that the Faculties of Social Sciences and Agriculture should suitably return to Adada from where it was forcibly relocated to Agbani.

“In the light of the current development, the location of particularly the Faculty of Agriculture will benefit from the following facilities which no other local government in the zones possesses. Like the Forest Reserve or the defunct East Central State in Adada, the Adada River/Dam, the Cattle Ranch, the Agricultural Development Corporation (ADC) of old Eastern Region and the proximity of the Adarice World Bank project in Adani.”

“However, we are taken aback that the state government is said to be undecided on the location of the faculties being restored to Enugu North. As we mentioned above, Adada is original campus of the faculties of ESUT located in Enugu North zone. Therefore, any shift of this original located is a grave injustice to the development aspirations to Uzo-Uwani people,” Eze added.

The association therefore called on the state government to consider the development of the local government a priority in line with his declaration of 2015.