The National Council of Managing Directors of Licensed Customs Agents (NCMDLCA), has called on the federal government to halt the collection of practitioners operating fees (POF) by the dissolved governing board of the Council for the Regulation of Freight forwarding in Nigeria (CRFFN) through the Ministry of Transport.

President of NCMDLCA, Lucky Amiwero, in a letter to President Muhammudu Buhari stated that CRFFN no longer exist.
According to Amiwero, “Federal High Court ruling on Suit No FHC/L/CS/5172 /2008 as referred by the Court of Appeal, was delivered on the 24th of March 2015, which upheld that the tenure of the Council/Governing Board Expired on the 25th of November 2012, that the Council has vacated office, as there is no existing Council and no Council to deliver judgment.

“The Suit was filed by members of the National Council of Managing Directors of Licensed Customs Agents (NCMDLCA) won in Federal High Court and the Appeal Court and later referred back to the Federal High Court for the continuation of the suit, on which the above ruling was delivered.

He said the Secretary to the Government of the Federation (SGF) letter addressed the statutory provision of the expired/dissolved Council, which function cannot be exercised by the Register/Staff, “who are not elected as members of the Council under section 2-(1) a-g (2) & (3).

Amiwero, said there was no provision in the Act that authorise the Registrar or any other organ of government to Act on behalf of the Dissolved Council.
“The Registrar or any organ of government, cannot perform any function of the Council without the elected and appointed members of the Council under Section 2, which conferred authority on the Chairman and Vice elected to perform the function as contained in Section 2-(3). The absence of a legally constituted body nullifies any activity that is to be initiated by the Registrar/ any Administrative staff or any organ of government as contained in CRFFN Act, “he said.
He stated that the international trade procedure, fiscal policy measure, trade laws etc are regulated globally by the Federal Ministry of Finance, who regulates the economic environment of the Nation.

“The CRFFN Act provides only for annual subscription fees, which is supposed to be collected from its members and not the Ports; there is conflict with the CRFFN Act with regards to various contradictory provision that will affect the security, Revenue generation, Regulatory conflict on import and export between Federal Ministry of Finance, Nigeria Customs Service and CRFFN.

“We hereby request that the illegal collection should be stopped while the perceived contradiction in the Act should be properly look into by government to reduce the cost of doing business in Nigerian Ports and limit the confusion the illegal introduction will generate in Nigeria economy, “he said. 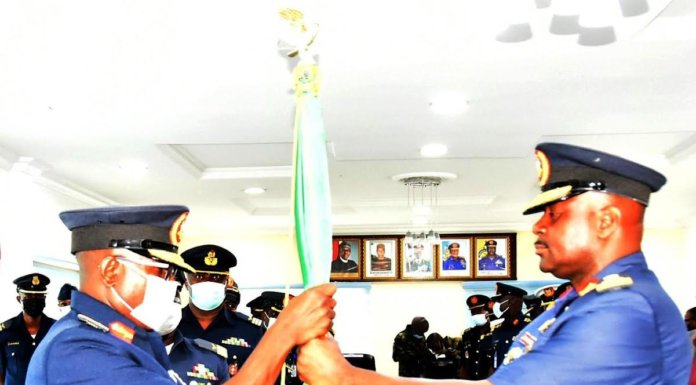