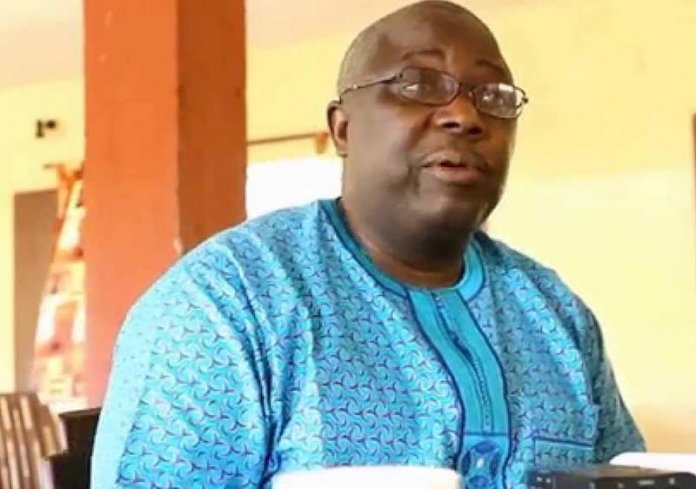 • Fayemi, Falana, others praise media for development of democracy

One of the country’s finest investigative journalist, Mr. Dapo Olorunyomi, was yesterday honoured by prominent Nigerians at the Shehu Yar’ Adua Centre, Abuja, during the unveiling of a book, ‘Testimony to Courage,’ written in his honour.

In a keynote lecture presented at the launch of the 404-page collection of essays written by 95 authors in honour of Olorunyomi titled: ‘The Media, Elections and Democracy in Nigeria: The Role of Media Intellectuals,’ Fayemi underscored the fact that Olorunyomi risked not only his freedom, but also his life to ensure that Nigeria became a democratic state in which every citizen will enjoy their natural and constitutional liberties, including the fundamental freedom to choose their leaders.

Highlighting media’s influence in a democracy and on elections, Fayemi who noted that the media is the principal means through which citizens and their elected representatives communicate in their reciprocal efforts to inform and influence, said during military dictatorship in Nigeria, “Olorunyomi and others recognised that the brand of military adventurism that Nigerian confronted from the late 1980s to the early 1990s was one that could turn Nigeria into a Banana Republic.

“The end of Nigeria’s history was in sight, unless something urgent and desperate was done. They recognised that we were moving towards the endless dictatorship or the imperial autocracy of Mobutu’s Zaire, Eyadema’s Togo or Ghadaffi’s Libya.

“Thus, while the intellectual tools of the earlier eras of the Johnsons, the Azikiwes, the Macebuhs and Giwas were critical, the Olorunyomi generation realised that those tools needed to be augmented by a certain intellectual audacity and ideological daring that were critical for confronting murderous regimes.

“Therefore, in throwing caution to the wind, the radical and progressive media intellectuals of the 1990s recognised that in the absence of democratic rule they were not only the surviving ‘People’s Parliament’ as TELL described itself, they were also the most organised and the loudest voices of the people.

“Starting from the cover story in the African Concord magazine anchored by Olorunyomi, entitled ‘Has Babangida Given Up?’, radical journalism in Nigeria entered a new stage of direct confrontation with military autocracy that could only have ended in defeat for one side.

“Armed with the pen, and I must add, aided by the restructuring of the associational connections, commitments, and loyalties within and across social and cultural divides which included labour, local and international civil society organisations, and even subversive state agents – the media intellectuals of the 1990s became also democratic activists using the press to end military rule in order to push Nigeria into democratic rule.”

Fayemi added that those who thought the popular maxim that ‘the pen is mightier than the sword’ was a mere metaphor knew better when Abacha’s autocracy collapsed in 1998 and the succeeding military regime hurriedly handed over power to a democratically elected government.

On his part, the Special Adviser to President Muhammadu Buhari on Political Matters, Senator Babafemi Ojudu, who represented Vice President Yemi Osinbajo (SAN) at the event, told the gathering that during the days of TheNews/Tempo newspapers published by Olorunyomi and others, the Vice President and another notable human rights lawyer, Mr. Femi Falana (SAN) were lawyers to the newspaper organisation.

According to him, “The Vice President commends Dapo’s commitment to journalism, hard work and to the ethics of journalism,” adding that “We thank you for what you have done for Nigerian journalism.”

Ojudu, who was a colleague of the celebrant, stated that he “lived so dangerously; I did not even know he would live up to 60.”

Former Lagos State Governor, Senator Bola Tinubu, who was represented by Mr. Sunday Dare, said: “Dapo reminds me of our past struggles; he blends nostalgia with the missed opportunities of our past, but through his works, we sent the military packing.

“No one individual has been able to combine his talent as a journalist, writer, investigative reporter and teacher,” adding that “Nigeria needs more you; Nigeria needs you around more.”

The book reviewer, Prof. Odinkalu said, “The collections in this publication celebrate the civic responsibilities of Dapo.”

According to him, the works traced his radical writings from his university days that pitched him against authorities, noting that the point on consensus is his extraordinary humanity.