Fresh crisis is brewing in the All Progressives Congress as the Deputy National Chaiman of the party,  Senator Lawan Shuaibu, has asked the National Chairman Comrade Adams Oshiomhole to resign.
He accused Oshiomhole of lacking the requisite capacity to effectively run the affairs of the party.
In a letter addressed to the National Chairman, dated May 27, 2019, Shuaibu said in advanced democracies, people who fail to add value or build on what they met on assumption of duty  normally resign honourably.
The letter titled “APC: It’s fortune and misfortune, time to act!” and made available to journalists Tuesday morning also said “It is my honest opinion that your ability to ensure this party flourishes is deficient as you lack the necessary composure and you also don’t possess the capabilities and the requisite experience to run a political party.”
THISDAY could not immediately get Oshiomhole’s reaction to the call for his resignation. 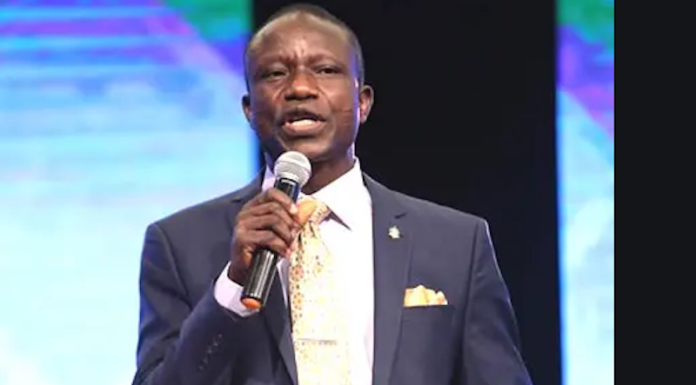