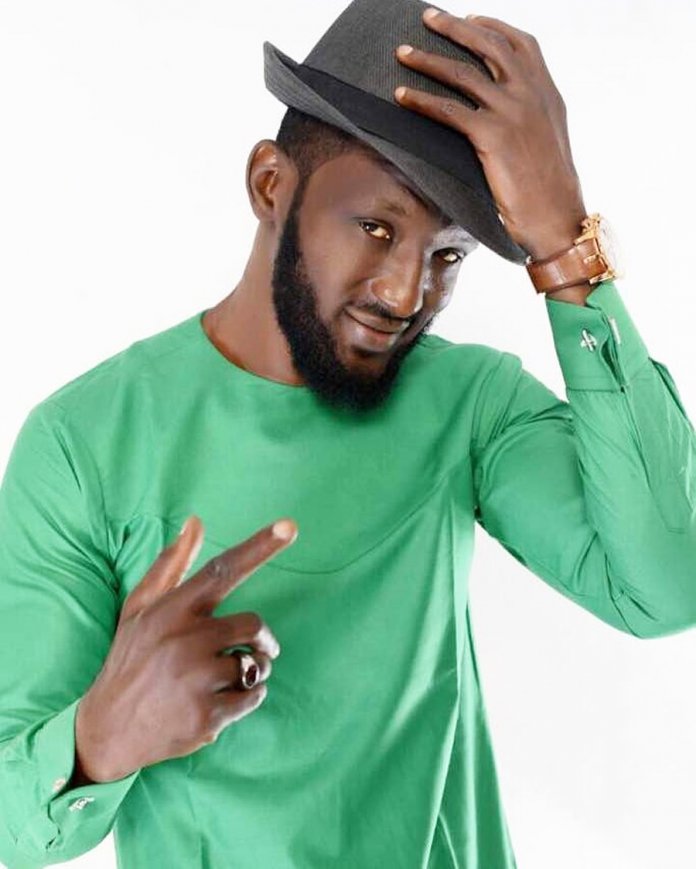 Saeed Mohammed (Funky Malam) is one of the big names around in the Nigerian showbiz industry. Recently, he featured in Shirleyann Ede’s intriguing political drama – Mr. President, The Controversial Election – which attracted wide cinema patronage. Funky Malam talks with Chinedu Ibeabuchi about his career, celebrity marriage and challenges that investors face in the industry

How did the journey start for you?

The journey started when I came to Lagos in 1999. I came with a script which I wanted to dispose. What I did then was to take a jacket of a movie to find out the address of producers. My efforts to get a producer to take the script proved abortive. I kept pushing until I met a friend who took me to Mr. Obafemi Lasode’s studio on Victoria Island. Lasode was the producer of Sango movie which was one of the biggest movies produced in Nigeria as at that time. That was how I was able to feature in then popular sitcom, Paradise Park.

Who christened you Funky Malam?

Can you recall some of the challenges you faced as an upcoming actor that you can’t forget?

There were many challenges I faced as an upcoming actor. Though I was fortunate to start under a man who believes in my talent, that’s Mr Lasode. Paradise Park gave me quick publicity and popularity which enabled people to recognise my character swiftly. My acting style was unique and different from other characters at that time. That paved way for me as producers recognised my talent immediately. However, I suffered from stereotype as many producers felt I could only play a particular character type and wouldn’t want to give me an opportunity to play other roles. But I kept pushing to convince producers that I could play some other roles even better than the Malam role people had stereotyped me. But then, I discovered that a lot of actors were stereotyped, not just me. Also, some of the jobs were not coming because you needed to know people to get roles and I didn’t really know the system properly. Getting information for auditioning then was not as easy as it is today. No mobile phones or social media to ease communication. So you might miss out on date, venue and time for auditions. It made it a little bit tough to vie for a role in several productions.

How long have you been in this industry?

I have been in the industry since year 2000. Paradise Park sitcom brought me to limelight. Another opportunity that propelled my career was a live call-in programme I presented on NTA Network called Laugh Line; it was later changed to Humour on Ice. Each week, I would come up with a topic and garnish it with jokes. This introduced me to stand-up comedy. I started getting invites to events as a compere or comedian. Sometimes, as the events were rapped-up, invitees would hook-up with me to get my contact to feature in their events also.

Recently you featured in the movie Mr. President, the Controversial Elections. What do you make out of the movie?

I played the lead character in the movie produced by Shirleyann Ede. The movie had a nice cinema reception. When the promo was on, a lot of suspense was in the air and many people were looking for an escape route to loosen the tight feelings of politician tensions then. Also, with Funky Malam featuring in the movie, many people said there must be something funky about this movie. All these factors played together to draw huge attention to the movie. A lot of people that saw the movie liked the concept because it was easily retable and without bias. It expanded my horizon because afterwards, so many opportunities came up at the same time. Many producers loved the professionalism I exhibited in the movie.

We have seen celebrities in crashed marriages crying foul in public. How were you able to contain the crash of your 1st marriage?What is the lesson from it?

My first marriage crashed after we had spent three years together. And that was due to incompatibility. We amicably separated, not that we were at loggerheads. I see no reason why one would separate from his spouse and take to social media to throw tantrums. Whether good or bad, that person was once part of your life. It’s not advisable especially if you have a child from that union. Whatever you do rubs on your child and not your ex-partner. Your ex must have moved on, so if you criticise your ex publicly, you aren’t smearing his/her name but that of your child.  People will use it against your child either today or tomorrow. Your child will grow up seeing all these videos or chats on social media and he/she would feel so bad. What you need to do when a break-up occurs is to move on. It’s not the first time and it won’t be the last time that divorce is happening.

My advice is to put everything in prayer. Also, don’t be a fake person. If you are looking for a true partner, you have to be truthful yourself. Sometimes, if you are fake, you will end up meeting a fake person. You have to study whoever you want to get involved with. As a celebrity, you have been exposed to a lot of people with different attitudes. So, all you need do is to look for someone from a very decent background and upbringing. Bringing fake life into a relationship will cost you a lot of trouble because your supposed partner needs to understand the real you. If you give your partner the impression that you are a big shot and afterwards he/she discovers that you have just been blabbing, you will feel the heat afterwards. That’s why we have to be truthful to ourselves if we want a true life partner.

It’s not a surprise. Hollywood is an industry that started over hundred years ago. They have paid their dues for a very long time. We don’t have the capacity as much as they do now. Nollywood is like a baby industry compared to Hollywood. This industry is capital intensive. It’s now that we have started seeing producers who believe in Nollywood and making investments to grow the industry. Several producers who have invested hugely have also reaped hugely. Nollywood explores African culture and traditions and sell it to the world. That’s what makes us unique. If we keep copying what Hollywood is doing, we might not get a good market. So we have to be ourselves and showcase our own lifestyle to the world. It’s same thing that Bollywood does, selling their culture to the world. This uniqueness is what makes Nollywood different and marketable to the world. With more producers investing in good storyline, soon Nollywood will be at par.

When you are not acting, what do you do?

I am always at home having quality time with my family.

Any project for your fans to look out for in 2019?

They are all in the pipeline. I am looking forward to starting my own production as a movie producer though I have done some other productions like talk shows. There are also some blockbuster movies that I have been penciled to feature in. One of such is Cross Road which is a big budget movie. Once it’s released, movie lovers will see that the gap between Hollywood and Nollywood is gradually being bridged.

What’s one big challenge that you feel the industry still has to surmount?

One of the challenges the industry has to surmount is that we have quack directors and producers who swindle people. When investors trust you and provides fund to shoot, then you extort them. This will scare new investors away. Such persons are killing the industry, their reputation and career.

Trying to make quick money has eaten deep into the industry. I have seen cases where people are complaining of releasing fund for a project and then the project managers used the money to solve their own problems or come back extorting the project owners for more fund.

Also, the cinemas should be selective in the kind of movies they screen. When you screen all kind of movies, you end up reducing the value of Nollywood before movie goers. Once cinemas are able to set standards, Most Nollywood films will surely compete with Hollywood in cinemas.