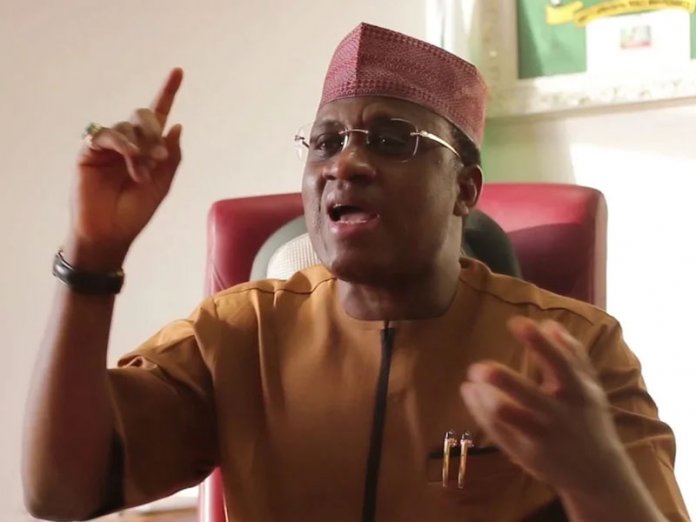 A member of the National Assembly, Senator Kabiru Marafa (Zamfara Central), has described Friday’s judgement of the Supreme Court on Zamfara APC candidates tussle as a big victory for democracy.

He also described the apex court judgement as not only a victory for Zamfara state but Nigeria as a whole.

Marafa, who is Chairman of the Senate Committee on Petroleum (Downstream) in a statement issued in reaction to the court judgement that the ruling All Progressives Congress (APC) had no candidates in the 2019 general election in Zamfara state, declared that no matter how long, truth will always prevail over falsehood.

Said he : “Today’s judgement is a victory for democracy, triumph of truth over falsehood and redeemer of the integrity of the judiciary.
“As we all know the APC was unable to conduct primaries in Zamfara state following Yari’s thuggery and violent machinations. With this, lesson has been served that only strict adherence to rule of law and due process will take the country to the next level as being advocated by President Muhammadu Buhari.

According to him, this judgement has shown that the President is religiously sincere with his non-interference stance on function of other arms of government “and he has further endeared himself to Nigerians and the world for resisting all efforts by Abdulaziz Yari to force him to interfere on the judgement”.

Marafa urged his adversaries to take the judgement as the will of Allah and a lesson that only Allah, the Almighty can crown a king.

Commending the Acting Chief Justice of Nigeria (CJN), Justice Tanko Muhammad, for leading the Justices aright, the APC Senator said the judiciary remains the last hope of the common man.

“The acting CJN and the Justices that delivered the judgement have with this judgement, laid the foundation for the redemption of the battered image of the judiciary.

“I will like to thank the judiciary especially the Justice Tom Yakubu team at the Appeal Court and now the Ag CJN team in the Supreme Court, the courageous position of INEC, the unflinching support of the people of Zamfara State, my family for their wonderful support and prayers, my well wishers and admirers in Nigeria and diaspora for their overwhelming support.”

Judiciary, he further said, remains the last hope of the common man, “therefore all hands must be on deck to strengthen it”.