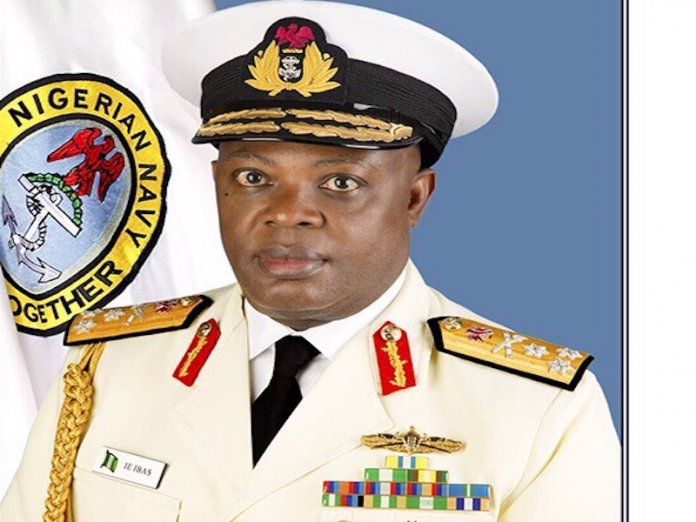 The strategic value attached to the sea and resources therein usually heightens the exposure of littoral nations to maritime security breaches. Contiguous states are therefore obliged to collectively seek measures to protect their maritime spaces due to the entwined nature of maritime boundaries and the migratory tendencies of criminal activities at sea. One key maritime area in need of such collaboration to guarantee their peace and assured prosperity is the Gulf of Guinea (GoG).

The GoG is a vast area with a coastline of about 3240 Nautical Miles or 6000 kilometres stretching from Angola in Southern Africa to Senegal in West Africa. The Gulf consists of 20 sovereign coastal states and islands plus a number of land-linked states. The region is endowed with abundant living and non-living marine resources which if carefully managed, could contribute to sub-regional as well as global prosperity. Blessed with a dominant portion of global hydrocarbon deposits, the GoG is geographically positioned with a comparative advantage for oil and gas supply owing to its relative proximity to the world’s main energy consumers and the absence of narrow maritime shipping lanes, straits orchokepoints.

Despite the aforementioned prospects of the GoG, the frequent abuse of the vast expanse of its maritime domain through illicit activities of local and foreign collaborators has continued to buoy our concerns. More disturbing is that many of the illicit acts at sea are directed at the economic life line of both littoral and land-linked member statesthus further exacerbating wide scale poverty. Recent security occurrences within the region stem largely from non-military causes such as socio-economic agitations, rising populations and unemployment in the coastal communities. The manifestations include attacks on shipping, sabotage of hydrocarbon infrastructure and maritime resource theft. There are also diverse forms of illicit trafficking, illegal unreported and unregulated fishing and marine pollution whichconstitute serious challenges to the development of the countries in the region. I am therefore much privileged today, to speak at this symposium on the assigned topic – Tackling Maritime Threats and Challenges in the Gulf of Guinea: Contributions of the Nigerian Navy (NN).

To begin, this distinguished assembly is please reminded of the strong political will demonstrated by the leadership of the GoG States through their ratification of the Yaoundé Code of Conduct of 2013, to curb festering mutative and migratory criminal tendencies across their common maritimeborders. The Code of Conduct establishedstandards for inter-regional cooperation based on law enforcement at sea, information sharing,training and multilateral collaboration. Other existing frameworks developed to facilitate cooperation and capacities building for maritime security operations include the 2050 Africa Integrated Maritime Strategy (AIMS) and the ECOWAS Integrated Maritime Strategy (EIMS).

However, in spite of these noble initiatives, the inability of the regional navies to effectively address existing threats attests to incomplete operationalizing of existing maritime security frameworks and limited multilateral integration among maritime enforcement agencies. Effective regional response was further hampered by challenges of inadequate platforms for maritime policing and provision for prosecution of maritime crimes across borders. Other precincts wereinsufficient surveillance systems and information sharing mechanism. However, as the dominant Navy in the region, the NN with the support of the home government has remained in the vanguard of efforts to build synergy necessary to bolstermaritime law enforcement within both the Nigerian maritime environment and in the GoG.

I am therefore humbled to share with this respected audience, the invested effort of the NN to strengthening commitments among the region’s member states to tackle common maritime threats and challenges. Beginning from the domestic environment, the NN holds regular meetings with major maritime stakeholders as a form of backward integration with Maritime Law Enforcement Agencies, in recognition of the centrality of intelligence and prompt information sharing to successful maritime security operations. A key outcome of this interaction is the promulgation of the Harmonized StandardOperating Procedure (HSOP) on the arrest and detention of vessels/persons in Nigeria’s maritime environment. The HSOP seeks to resolve the lack of common understanding and limited synergy among MLEAs and stakeholders and provides guidelines for MLEAs to collaborate in the conduct of their assigned functions in the maritime environment. I am glad to mention that all MDAs and stakeholders have subscribed to the maritime governance initiative in line with the HSOP and the document is being considered by other countries in the region to enhance synergy of actions against criminalities at sea.

A commendable stride has also been made by the NN in the enhancement of its surveillance capabilities through a Maritime Domain Awareness (MDA) project to enhance surveillance and interdiction efforts. The twin but complementary systems of the Regional Maritime Awareness Capability (RMAC) facility and the FALCON EYE system have continued to be expanded, in view of their highly encouraging outputs. This eminent audience might recall the rescue of a tanker, MT MAXIMUS by NN in 2016, 3 days after her hijack by pirates in Cote D’Ivoire waters, across the maritime territories of over 6 different nations. This episode remains a classical demonstration of the effectiveness of a robust internal capacity committed to a multilateral collaboration as a panacea to security challenges in the GoG. With the aid of effective MDA systems, suitable platforms and seamless coordination among a number of states along the transit corridor of the criminal convoy, the ship was trailed by the NN and eventually intercepted at the fringes of Sao Tome and Principe waters with 6 pirates arrested and one killed in action. Subsequent to this success, a strong deterrence value was incidentally established. It is heartwarming to state that since that episode, no such brazen attempt by the criminals to hijack oil tankers has occurred. To consolidate the gains of the MDA project, the NN in collaboration with the US Government recently established a Regional MDA Training School for joint training of personnel of the NN and other navies of the GoG to steadily improve capacity for collective response to security challenges at sea.

Distinguished ladies and gentlemen, the NN has equally shown commitment to strengthening international collaboration as part of efforts to improving maritime security in the GoG by active participation in bilateral and multilateral efforts to enhance collective security. This has led to the establishment of a mechanism for sharing maritime information with regional navies and maritime regulatory agencies at the Maritime Trade Information Sharing Centre in Ghana. Furthermore, the establishment of the Multi-National Maritime Coordination Centre in Benin Republic for ECOWAS Zone E member states, under the lead of the NN, the ECOWAS Zone E heralded a new dawn in multilateral cooperation in the region with the signing of an MOU between of the Chiefs of Naval Staff of Benin, Togo Niger and Nigeria at Cotonou and the Head of Gendarmerie of Niger Republic on modalities for emplacing a continuous joint multilateral patrol by member countries, to dominate their common maritime space through joint maritime and air patrol and active collection and dissemination of information. The operationalization of this MOU would greatly curb transnational maritime crimes across Zone E.

In further demonstration of her commitment to operationalizing multilateral integration for the security of the GoG, the NN as an indigenous GoGNavy, initiated the conduct of a biennial International Maritime Conference and Regional Sea Exercise (IMCREMEX). After an inaugural EX OPIA TOHA in 2016, the second Exercise EKU KUGBE held in 2018, involving over 17 ships and aircraft from 7 different countries including the Chinese PLA Navy Ship YANCHENG, to further consolidate inter-regional multilateral effort at securing the GoG was held. At the Conference proper, the need to harmonise all maritime security initiatives and legal frameworks through ratification in respective national legislations as well as the development of a joint maritime operational procedure and establishment of a common mechanism for information sharing were endorsed by member states.

At this point, it must be acknowledged that much of NN’s operational attainment received a good boost from the initiatives of international partners. The opportunities for joint training offered by various multinational exercises such as the US driven EX OBANGAME EXPRESS and the French Navy organised EX NEMO have steadily improved capacity and collective response to security challenges in the GoG. Their footprints of support have been eloquent towards encouraging and bolstering domestic and regional collaboration in practical terms and on sustainable basis.Following the participation of the Chinese Navy in INCREMEX 2018, the NN looks forward to amore consistent interaction between both navies in the future.

Despite a harsh fiscal environment at home, the Nigerian Government has remained committed to enhancing the response capability of the NNthrough the acquisition of more patrol vessels and aircraft. Noteworthy is the on-going fleet expansion programme which has led to addition ofseveral OPVs, Seaward Defence Boats, induction of over 200 Inshore Patrol Boats including thestrengthening of air bases. Two of the navy’s recentOPVs, NNS CENTENARY and NNS UNITY,were built by Chinese shipbuilders. The Chinese Government also graciously donated a Fast Patrol Boat, NNS SAGBAMA to the Nigerian Government. The fleet recapitalization effort hasthus enabled the NN to extend reach in support of regional effort to secure the common seas while enabling the NN better attend to her domestic policing roles. This has led to the huge reduction in incidences of crude oil theft and other crimes in Nigeria’s maritime environment, with the government confirming a drastic reduction in national crude oil losses between 2015 and 2017. Increased NN presence at sea also resulted in a 50 per cent reduction of acts of piracy within the GoGbetween the First Quarter of 2018 and the First Quarter of 2019, as attested to by the International Maritime Bureau. The modest attainment by these acquisitions clearly suggests that more ships with prolonged endurance such as OPVs are needed for sustained presence at sea andthe protection of critical assets in the deep offshore areas. Going forward, the NN intends to leverage such audience as today’s, to strengthen discussions with international partners regarding a sustainable collaboration towards an enduring means of guaranteeing fleet availability to secure maritime environment of the GoG.

On a final note, once again, may I register my gratitude to the organisers of this Symposium for giving me the opportunity to share my thoughts and experiences on the contributions of the NN in jointly dealing with maritime threats and challenges that exist in the GoG in collaboration with other navies of the region. Permit me to conclude by once again reiterating the commitment of the NN to emplacing a secure maritime environment for the prosperity of Nigeria, the GoGcountries and the global commons in general. I wish you all a fruitful, exciting and rewarding deliberation. I thank you gentlemen for your attention. 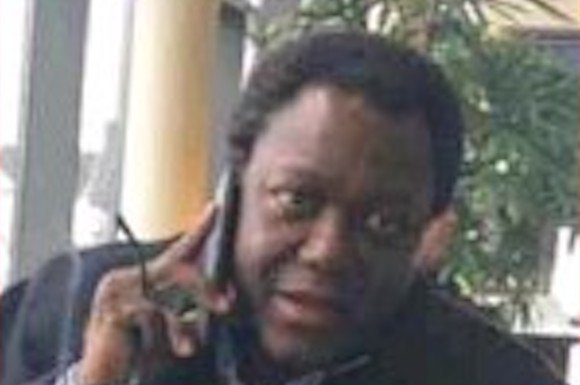