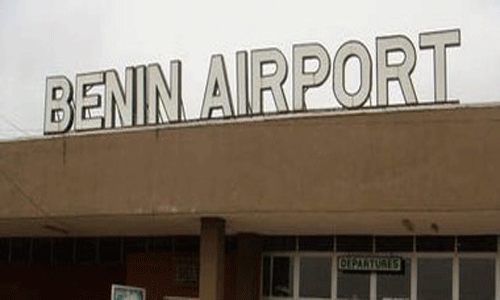 The Minister of State for Aviation, Senator Hadi Sirika, made this known at the weekend when he inaugurated the new equipment.

During the unveiling, the minister commended the state Governor, Mr. Godwin Obaseki, for his support to make the installation possible, saying the governor had expressed worries over why aircraft could not land at night, during bad weather, low visibility and why there was no ILS.

According to him, “From now on, you have the Instrument Landing System (ILS), which can allow pilots in reduced visibility and bad weather to be able to shoot on approach and land in Benin-city, just like they do in London. Also, it is no longer closure from 6: 00 p.m. The operational capability of the airport has improved with the installation of these sets of equipment.”

The minister also said t the Federal Ministry of Transportation (Aviation), through Nigeria Meteorological Services (NiMET), has constructed and donated a meteorological station to the University of Benin (UNIBEN).

He hinted on the plan to construct a cargo terminal at the Benin-city airport.

“Here in Benin-city, we will site an agro-allied cargo terminal. We will soon commence civil works, and the governor had promised the state participation,” the minister said.

Obaseki, in his response, acknowledged a cordial relationship with the federal government, which he said made it possible for the partnership to execute the projects.

“Benin-city airport which was built over 60 years ago is one of the oldest airports. It is today being upgraded so that it can be ranked as an airport to match any other airport in the world by equipping it with the kind of instruments a modern airport should have,” he said.

On the airport landing aids and the proposed cargo terminal, the governor said: “For you to have economic growth, you need to have the infrastructure. “People must be able to come into your economy and leave freely. This air transportation infrastructure will complement the effort we are currently making in the area of agriculture, industrialisation, tourism and culture and even education.”

Obaseki also expressed his appreciation to the minister on the NiMET upgrade of its facilities and the equipment donated to the state.