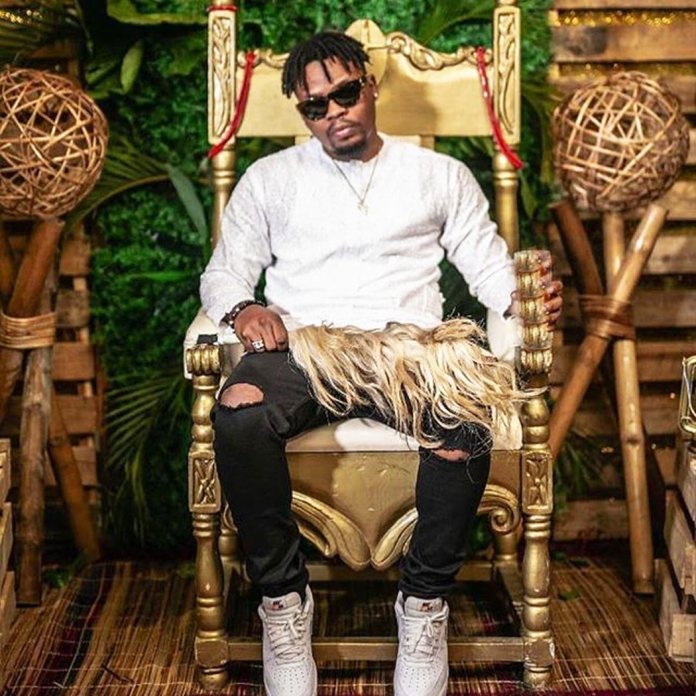 While Damini Ogulu (Burna Boy) in his recent song croons ‘Dangote o… Dangote o… Dangote still dey find money o’, Olamide Adedeji (aka Olamide baddo) in his new tune ‘Oil and Gas’ sings in Yoruba dialect to Femi Otedola to spend the money. He says ‘owo wa lo wo yin eje ki aba yin na’, meaning there is (oil) money in your hands let’s spend it with you . . . you can’t spend all the money by yourself, we can assist you spend it. The song is catchy.

The Indigenous rapper dishes out the monster jam produced by in-house producer, Pheels. This comes after sharing ‘Spirit’ produced by Pheelz and his early 2019 banger ‘Woske’ produced by Killertunes. Olamide is on fire this year, releasing four tracks in the span of five months, the best we’ve experience from the Bariga Lagos born artiste. With ‘Woske’ still banging and enjoying massive stream, Oil & Gas is anticipated take over playlist, music charts and buzz speakers.

Oil and Gas was released on May 9, 2019 and is already making rounds. The tune is fast becoming a banger that a lot of people are identifying with. There’s this chance that the song acceptance will rise in the coming days, which will not be surprising. The new single is from his anticipated album, `Oil & Gas’. The 30 year-old Bariga born rapper took to his Instagram handle @baddoneh to announce the release of the song. “#Oilandgas.’’

He added a sign of fuel pump facility at an oil station. This new song is catchy because it contains the trending slang “Enu gbe” (mouth dry). In the song, the YBNL boss in Yoruba dialect calls on the major oil and gas dealers, philanthropies and godfathers in the country to spend money where it is due.

The release of Oil & Gas came barely three weeks after he released the song `Spirit’. While his fans await the official release of the album `Oil & Gas’ they could enjoy the released singles from the album.

Oil and Gas would make it the 10th studio

album of the multi award winning singer, song writer and label boss. Others are 2 Kings, Eyan Mayweather (2015), The Glory (2016), Lagos Nawa (2017), and Madia Family (2018). With such a danceable song and an artiste like Olamide bringing if forth, the tune has sure attracted a lot of views from fans and viewers.

If YouTube and other social media sites are anything to go by as expressed in one opinion, then it would be safe to say that it is already doing really well.

Olamide may be a great artiste that does not disappoint every time he works on a jam as fans always seem to love it. This new audio is perfect example of this.