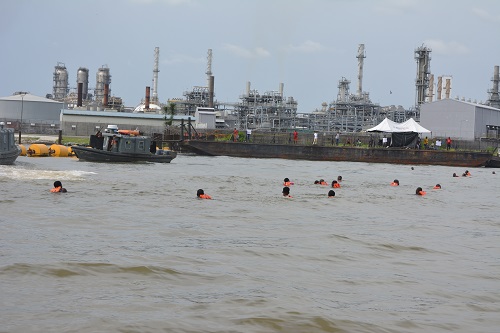 For 11 days, the people of Ugborodo laid siege on the Chevron’s multi-million dollar gas plant, over alleged neglect and marginalisation by the United States oil company.

An executive member of Ugborodo Community Management Committee (UCMC), Mr. Alex Eyengho, confirmed that the issue was resolved after a meeting, yesterday, between the leadership of the community and Chevron delegation, presided by the Chairman of the Ad-hoc committee and Secretary to the Delta State Government, Hon. Ovie Agas.

Eyengho said the community called off the protest to pave way for a dispute resolution meeting to be hosted, next week by the Ministry of Petroleum Resources, which will have in attendance, the stakeholders and Chevron representatives.

He said Chevron had agreed on some of the demands by the community but insisted that a lot of grounds were yet to be covered.

“The meeting, which went on into late evening, could not address all the demands and issues raised due to time. He said some of their demands had been addressed.

“However, we believe that the meeting with top federal government functionaries proposed for Abuja next week, will afford us the opportunity to treat the issues/demands well,” he said, adding “Chevron seems to be hiding under the Public Procurement Act to run away from most of the demands.”

Eyengho said that discussions with Chevron and government at both the state and federal levels will continue.

“Suffice it at this point to inform the general public that we shall end the 11 days old peaceful protest today and completely demobilise, even as we continue discussions with Chevron and government at both State and Federal levels.”