Nigerian Afro-pop musician, Benjamin Etoro-Abasi, popularly known as Dabenja, started singing at the age of eight. Growing up, he was influenced by the afrobeat and reggae genres, the reason he has cited Bob Marley and Fela Anikulapo Kuti as sources of inspiration for his music. The graduate of Business Administration from the University of East London in this interview with MARY NNAH talks about growing up, how his experiences has shaped his view to life and how he has fared in the very competitive Nigeria music industry. Excerpts:

How did you come about the name Dabenja?

My full name is Benjamin David Etoro Abasi. So, I basically just merged my first and middle name together and that’s how I got my stage name ‘Dabenja’.

Do you do any other thing aside music?

I’m mainly into music but I have a couple of other projects that I have in the pipeline that I don’t want to disclose yet because they are still in the early stage. I’m a go- getter, I came from the ghetto, I know what it means to be hungry and I don’t want to ever go back to that life. My journey from the ghetto has shaped my perception of life. So, I learnt at an early age how to keep everything going and it has to be music because it is my life and it keeps me going; although I also run the Dabenja Foundation, a non-governmental organisation.

Tell us about growing up and your childhood dreams

I am from Akwa Ibom state but was born and raised in Lagos. I grew up as the son of a pastor and I had loving parents who worked hard to put food on the table. Because of my parents I learnt how to work hard for everything I have. Growing up, I have always wanted be successful and wealthy since I grew up in the ghetto. So, somehow I got a degree in Business Administration from the University of East London (UEL).

Are you actually living your dream today?

Yes, I am. Music is my life; I’m definitely living my dream.

Let’s talk about your career as a musician. How did the journey start and why did you choose music as a career despite your university degree in Business Administration?

I was in the choir from childhood because my dad was a pastor, and as a pastor’s son you had to do something in the church and I chose to be in the choir. I always wanted to be a musician but I wanted to know about the business side of things, my degree is still very useful to me, it helps me solve some major issues in my other businesses.

How many songs/album have you produced so far and what exactly are you working on presently?

I have recorded well over 80 songs and just five singles have been released. I released my debut single titled, “Terere” in 2011, which topped charts in             Malaysia. I also won the African Entrepreneurship Award (AEA) for West African/Central African Act of the Year in Malaysia. Shortly after, I collaborated with Terry G to release “All 4 Love” which quickly became fans’ favourite and won Best Collaboration at the African Entertainment Awards, Malaysia.

In 2014, I expanded on my entrepreneurial portfolio and founded The Mustard Seed (TMS) Music record label in Lagos. I also signed an endorsement deal with Pagepedia as brand ambassador.

Along the line, I ventured into several businesses in 2015 such as agriculture, real estate and oil & gas sectors, which achieved success but in 2016, I returned to the music scene with a brand new single titled, “Select”, produced by renowned hit maker, DJ Coublon and  IT debuted on Top 10 charts across Nigerian radio stations and has received massive airplay.

In 2017, I also released a new single titled, “Sugar Baby” produced by Prince Micah and after the success of Sugar Baby, I released another smashing hit single, “Take Away” and it has been enjoying massive airplay on radio stations across the country. The video was directed by none other than, Clarence Abiodun Peters aka Clarence Shot It.

I also performed at the ‘Afrika Shrine’, which was dedicated to the pioneer of Afrobeat, Fela Anikulapo Kuti, during the annual Felabration Musical Concert in Lagos on October 12, 2017. And this year, I started out with a brand new song titled “Yakata”, produced by Dj Coublon which has won the hearts of many Nigerians till date. I’m also looking forward to dropping an album this year. You guys should stay tuned and anticipate.

Would you say your music career has been a success so far?

Yes, it has been a huge success so far, but I’m not yet where I want to be so I’m working so hard to get to the top.

Were your parents happy you chose this path? If not, how were you able to convince them?

My parents have always supportive about their children’s dreams, so I had their blessing when I began my music career. In fact my parents were so strict with me in keeping up with choir practices and this has helped shape my talent today.

How would you describe your kind of music and what inspires your songs?

My kind music falls under Afro-pop and Afro redefined highlife. The experience I have had and things around me inspire my songs.

How prepared are you to make your music relevant in an industry that is highly competitive?

I’m a 100 per cent prepared to be on top, I know it’s not a walk in the park but I am prepared to make the necessary sacrifices to be the best and create a huge impact in the music industry.

Who do you look up to in the music industry and why?

I used to look to Bob Marley and Fela Anikulapo Kuti, their music inspire me. They are very opinionated, those two icons have always said the truth through their music and their music transcend time and it’s very relatable even the next generation will listen to their music and that is how I want to be.

Is music more profitable to you as compared to other things you do?

I do music because of my passion for it not because it brings me money.

The Dabenja Foundation is also one of your enterprises. How does it run?

I always wanted to set a foundation because since when I was young my dad taught me act of giving.  I also know what it means to go hungry. So, I wanted to create an impact in as many lives as I can and be a blessing in our society. That was why in 2017, I started the Dabenja Foundation to give back to society by way of helping the less privileged. I am quite passionate about helping and uplifting other people in need.

Where do you hope to be in years to come?

I want to be immortalised in the hall of fame and that’s going to be a dream come true for me.

Do you have any advice for upcoming artists like yourself?

Work hard, believe in yourself, get closer to God and never give up. 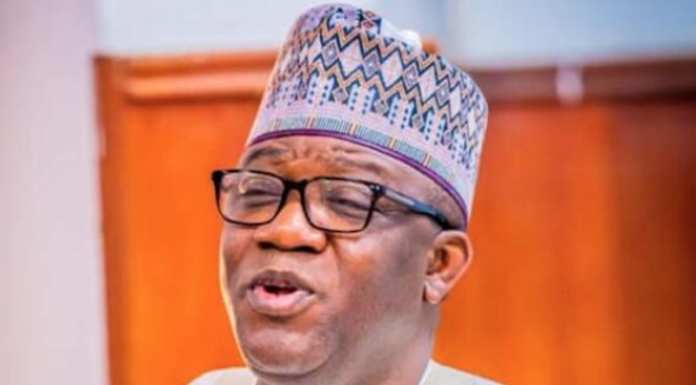