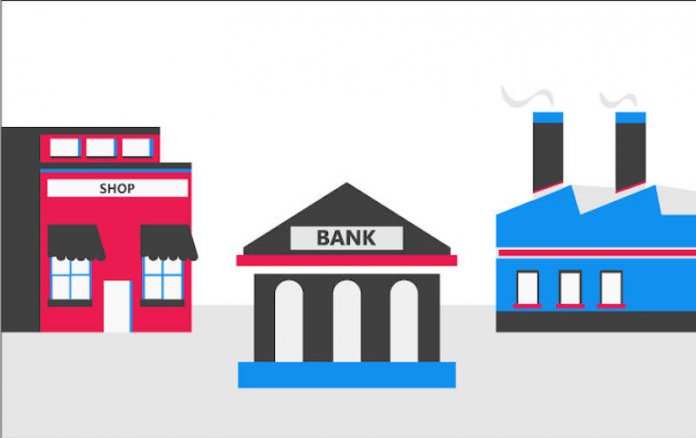 Globally, microfinance banks (MFBs) are known for their intermediation role, especially in the provision of financial services to micro and small businesses with the primary aim of poverty alleviation and financial inclusion.

MFBs were established to fill the gap created by the commercial banks by improving the socio-economic condition of the poor in the society.

As a result of the essential role micro, small and medium scale enterprises (MSMEs) that are largely described as the catalyst for economic growth, play in any economy, a vibrant microfinance banking system is always the target of policy makers.

Unfortunately, the MFB subsector in Nigeria has not been able to meet its objectives.
Consequently, in order to revamp the sub-sector, the Central Bank of Nigeria (CBN) recently extended the recapitalisation deadline for firms and directed operators to meet up with half of the new capital requirement by next year.

However, in the latest circular that was signed by the Director, Financial Policy and Regulation, Kevin Amugo, the CBN said it reviewed the capital base to aid the recapitalisation process.
Furthermore, it stated that the move was to ensure continued operations of micro finance banks in the rural, unbanked and underbanked areas of the economy.

That was why the focus of the 27th seminar for financial journalists that was organised by the Bank in Gombe, recently was themed: “Repositioning Microfinance Bank for Real Sector Growth.”
The regulator stressed that the recent directives, which included a thorough review of the sub-sector, increasing surveillance and revocation, where necessary to strengthen their operations.

“In a developing economy like ours the link between microfinance and the real sector is quite strong. Microfinance banks are conceived to serve as critical financial lubricants for the real sector, which is the pillar of sustained economic growth.

“At the moment economic policy in Nigeria faces a major challenge of reviving growth, which is the (only) sure path to ending pervasive poverty.
“Microfinance has worked in this regard in many climes and promises to work in Nigeria, if we get it right,” Emefiele said in his keynote address at the workshop.

Represented by the Deputy Governor, Corporate Services Directorate, Mr. Edward Adamu, Emefiele said the Bank remains committed to the economic empowerment of disadvantaged groups including women and actively seeks to achieve this through the instrumentality of microfinance among other initiatives.

Emefiele disclosed that an aggregate loans granted by MFBs was N482.896 billion and that loan sizes that are below N 1.4 million accounted for 72 per cent of the total.
According to him, data from the licenced credit bureaus indicated that microfinance banks operations have helped to improve financial inclusion among smallholder peasant farmers.

However, the challenges remained inadequate spread in the location of the MFBs in relation to their target beneficiaries, demand for immoveable collaterals for loans, high interest rate, and absence of a credit reporting system.

“We are committed and working assiduously to address these limitations,” Emefiele said, adding that the Bank in collaboration with other agencies of government is implementing various intervention schemes in addition to promoting microfinance.

The Bank, he said, has since worked towards increasing access to financial services for the economically active poor in order to enhance job creation and poverty reduction. The target is to increase the share of micro credit as percentage of total credit to at least 20 percent by 2020.
Emefiele, noted that the CBN had in 2005 formulated the Microfinance Policy Regulatory and Supervisory Framework in line with its developmental role.

“The policy was aimed among other at bringing microfinance institutions and activities into greater focus in order to deepen financial inclusion and alleviate the financing needs of micro, small and medium enterprises (MSMES),” he said.
According to him, “The bank has since then worked towards increasing access to financial services for the economically active poor in order to enhance job creation and poverty reduction.

“The bank remains committed to the economic empowerment of disadvantaged groups including women and actively seeks to achieve this through the instrumentality of microfinance amongst other initiatives.”
He further added: “Only recently, the bank took some actions including a thorough review of the subsector, increased surveillance and revocation, where necessary. These measures were intended to revitalise the sector to ensure the institutions remain mission-focused and to grow public confidence in sub-sector.

But the Managing Director/Chief Executive Officer, Accion Microfinance Bank Limited, Mr. Taiwo Adesina Joda, believes that since it was created, the sub-sector has recorded remarkable growth in all spheres of the Nigerian economy.

“We have been in the forefront of driving financial inclusion, we have been in the forefront of empowering the vulnerable sectors economically and also in alleviating poverty in the land. Nigeria is a big country, with an estimated population of 190 million and out of that, 80 million people do not have access to financial services, either in terms of loans, savings or making payments, and that is the gap that the microfinance sub-sector was created to fill. And I think we have done so well in the last 15 years,” he had said in an interview.
Speaking further, Joda pointed out that MFBs were not set up to subsidise the poor, but to provide finances for the active poor, which are the traders and those who do petty businesses.

He, however, identified paucity of funds as a challenge confronting operators.
While welcoming the recent directive for operators to recapitalise, Joda said, “the new capital base is supposed to create a strong and virile microfinance sector and that gives the capacity for every microfinance bank to be able to do more and also to be able to increase the volume of loans it gives in terms of size and in terms of a single obligor limit to the end-users.
“Obviously, the new capital requirement is going to create a very strong and virile microfinance banking sub-sector that can confidently intervene in poverty alleviation.”

Refocusing MFBs
To the CBN Director, Other Financial Institutions Supervision Department (OFISD), Mrs. Tokunbo Martins, the microfinance policy was to provide financial services to the poor who are traditionally not served by the conventional banks. These financial services, she said includes credit, savings, micro-leasing, and money transfer and payment services.

However, Martins noted that rather than mobilise funds and ease access to credit for micro businesses and rural communities, a lot of MFBs have been operating like mini commercial banks, with a large concentration in urban areas.
She therefore stressed the need for the firms to refocus their operations.

She addedd: “Deposit mobilisation by many of the MFBs is not enough, otherwise why do we have so much currency outside the banking system? With the statistics within the CBN, what we are seeing is that the currency outside that banks is still huge.
“Cash should either be in vaults of banks or in vaults of CBN and we know how much we have issued. So when we minus the one in our vaults and we minus the one in the banks then where is the rest?
“What we are saying is that this is the money MFBs should pursue and encourage them to, not just keep it under their pillows or wherever they are putting it.”

The CBN in collaboration with the Bankers’ Committee last December agreed to establish a National Microfinance Bank using NIPOST outlets in 774 local governments. In the National MFB establishment plan, the CBN and the Bankers Committee would utilise the sum of N5 billion as equity from N60 Billion Agri-Business Small and Medium Enterprises Investment Scheme (AGSMEIS) Fund, while NIPOST would contribute its offices in the 774 local governments.
This is expected to strengthen the network of MFBs in the country and ensure that they live up to their responsibility of poverty alleviation and support for MSMEs.