NAFDAC Moves Against Producers of Unauthorised Cosmetics 8 mins ago 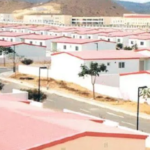 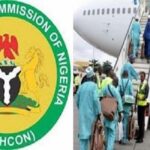 The economy may be challenging for businesses to thrive, but the banks seem to have mastered the art of profit-making even in difficult times. Most banks recorded appreciable growth in net profit at the end of 2018 but 10 of them are outstanding. Bamidele Famoofo reports

While the economy groans under heavy burden of population growth outpacing that of the economy, the banks seem to be taking advantage of the growing number of Nigerians, who are compelled to take loans at double- digit interest rates, helping them grow profits and assets yearly.

An analysis of performance of the banks in the year ended December 31, 2018, showed that the financial institutions recorded appreciable growth in earnings, net profit, assets size and dividend payout to their shareholders.

But while the tier-one banks are struggling to boost the margin of growth, the smaller ones are showing better signs for growth.

Data extracted from its audited financial reports for the year ended December 31, 2018 showed that Zenith Bank Plc, a tier-one bank, remained the undisputable leader in terms of asset size and profit, but not in growth margin. The bank’s asset base stood at N5.96 trillion, about $17billion, with a net profit of N193.42billion in the review year, representing 11.30 per cent increase over N173.79billion in 2017.

Coming after Zenith Bank in profitability was Guaranty Trust Bank Plc with a net profit of N184.6billion in 2018, a growth of about 10 percent, over about N168billion in the preceding year. The bank’s asset base at N3.29trillion was the fifth largest as at December 31, 2018. Access Bank Plc was next with net profit rising by 58 per cent to about N95billion in 2018 from about N60billion in 2017. The bank also emerged the third largest bank in the industry in asset size with N4.95 trillion.

Stanbic IBTC Holding Plc was the fourth most improved bank, but fifth most profitable bank in 2018 with net profit growing by about 54 per cent to N74.4billion in the review period from N48.4billion in 2017. The holding company’s asset base was only the seventh largest among the leading profitable banks in 2018.

Though FBN Holdings was the second most improved financial institution in relation to net profit, it ranked sixth in the league of the top 10 most profitable banks examined. It sprang a surprise with 58.2 per cent growth in net profit having increased from about N37.7billion in 2017 to about N59.7billion in 2018. Its asset base, second largest in the industry, stood at about N5.6trillion in 2018.

Fidelity Bank Plc and Union Bank Plc are seventh and eighth respectively in terms of profit while the latter was the fifth most improved bank with 39 per cent growth, from N13billion to N18billion in 2018. Fidelity ranked sixth by asset base, increased net profit by 29 per cent from N17.8billion in 2017 to about N23billion in 2018. The bank’s asset base stood at N1.72trillion as at December 31, 2018.

Sterling Bank Plc took the last position on the top 10 chart with N9.2billion as net profit relative to the N8billion posted in the same period of 2017.

FCMB and Sterling also ranked ninth and 10th in terms of asset portfolio amongst the 10 most profitable banks in 2018.

According to analysts, 2019 appears to be a year of hazy skies for major players in the Nigerian banking sector, from a market perspective. The World Bank projects that the global economy will expand by 2.9 per cent in 2019, which is 0.1 per cent reduction from 3.0 per cent reported in 2018. The projection is predicated on softer-than-expected global trade, elevated financial market pressures on some Emerging Markets and Developing Economies (EMDEs), as expansion for EMDEs is expected to remain at 4.2 percent.

A report compiled by Olaniwun Ajayi & Co., a legal outfit, noted that with the impending exit of the UK from the European Union, it is unclear what the potential effect would be on the Nigerian economy, especially from an FDI perspective and business relations. This will, however, become apparent in mid 2019. “On the domestic front, rebound in prices of crude oil and the predicted upward increase in 2019 is a positive turn of events for Nigeria and we expect to see significant investment in the oil and gas sector. This will have a corresponding impact on macro-economic conditions and provide the needed FX liquidity for the FGN to grow the Nigerian economy and sustain the viability of commercial banks as the oil and gas industry accounts for 30 percent of total loans and 47 percent of nonperforming loans (NPLs) in the banking industry.”

“We expect to see prudence in the operations o f commercial banks, in view of the implementation of new accounting policies such as Basel III and the continued implementation of IFRS 9 in what is a relatively unpredictable year,” the company added.

“The overall effect of this is the increase in capital adequacy of banks and the resultant soundness of Nigerian banks.” the report disclosed.

On the regulatory side, 2019 will see the expiration of tenure of Mr. Godwin Emefiele as the CBN governor. Financial experts at Olaniwun Ajayi said the direction of policy formulation will be dependent on whether the current CBN governor’s tenure is renewed or a new administrator is put at the helm of affairs at the apex bank. “Regardless, we expect that the CBN will maintain tight monetary policy with a view to keeping inflation minimal and adopt a frugal approach to cash controls. Whether renewed or replaced, this will have an impact on the banking sector outlook for coming years.”

In the microfinance sub-sector, financial pundits said they expected to see significant activities further to the new capital requirements, with MfBs making significant efforts to secure additional funding within the relatively short period of time.

“This, in our view is likely to trigger mergers & acquisitions in the market in the coming months with potential entry of new players. Also, the implementation of the corporate governance code for MfBs will b e significant in ensuring transparency and efficiency in the operations of MfBs.

It is hoped that the CBN will achieve the main objective of ensuring that MfBs in Nigeria maintain capital adequacy, through the implementation of the code,” Olaniwun Ajayi firm. Post-May 29, financial analysts expressed hope to see activity in the Nigerian market especially in the latter half of the year as investor confidence will be significantly bolstered by a fairly hitch free process and a stable market, post-elections.