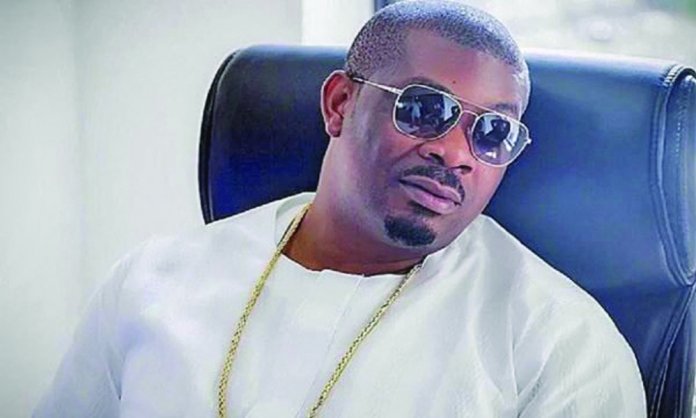 Like he had the feelings from the feelers making the rounds, Mavin Records boss, Michael Collins Ajereh while appreciating his fans on the occasion of the label’s seventh anniversary on Wednesday, said “all is in order”. Don Jazzy, as he is popularly known, has nurtured great talents from start to stardom. However, the exit of some of the label’s big names like Tiwa Savage and Reekado Banks in the last six months seem to leave the imprint in a saggy state, writes Ferdinand Ekechukwu

For Mavin Records boss, Michael Collins Ajereh, popularly known as Don Jazzy, it was a business relationship that paid off while it lasted a little over seven years between him and the label’s acclaimed First Lady, Tiwa Savage. Don Jazzy at the inception of his music company had signed the sexy and talented Savage. Tiwa’s departure from Mavin followed a new deal she signed with American music company, Universal Music Group.

As a matter of fact, Don jazzy had confessed that “it’s obvious to everybody, it was an epic journey. I don’t necessarily even feel like now, because you’ve signed to Universal; to everybody it just looks like she’s gone to the land beyond. I don’t understand, we’re still business partners, there’s still catalogues that we share, that she is still going to be receiving royalties from for the rest of her life or whatever.

“The business was dope, and she’s actually one of my favourite business partners of all time.”

As regards relationship, same could be said of another of the record label’s big act, Reekado Banks, real name Ayoleyi Solomon. Banks, after the expiration of his five years contract had exited the platform in December 2018 to float his own record label, Banks Music.

Acknowledging his exit from the Mavin family, Banks had noted; “Taking this bold step and moving on from Mavin Records onto bigger opportunities is something that, though not easy, is absolutely necessary because of my growth. I am very ecstatic about what the future holds and I cannot wait to share with everyone what new opportunities have come. Long Live Mavin Records.”

Both Tiwa and Banks parted ways with the label under no rancorous circumstances. Mavin Records is reputed as one of Africa’s leading record label. Founded in Lagos in 2012 by the legendary record producer, songwriter and singer, Don Jazzy, Mavin has no doubt produced some of the most iconic artistes and songs of this decade and has helped, influenced and shaped the sound of Afrobeats music. However, speculations have revealed that Korede Bello may be the next to pull out from the label soon just like Reekado Banks.

With these established acts (all thanks to Jazzy’s impact) leaving Mavin Records, industry observers seem concerned as regards the saggy state of the music imprint also known as the Supreme Mavin Dynasty. All may just not be in order, as the label boss claimed. It is believed the label is gradually losing its steam and the vibes with which it’s known for may soon evaporate. What does the future hold for the acclaimed beat maker and his record label as he recently celebrated its 7th anniversary on May 8?

Don Jazzy who had taken to his Instagram account to thank his followers for the support which had played a role in helping the music label grow in leaps and bounds had this to say.

“We will like to say a big thank you to all our fans and business partners for the love and support through the years. Mavin is 7 today and I am sooooo proud of what we have been able to achieve. GOD has been faithful. We had some down times but I will be lying if I tell you I didn’t learn a lot from those times.

“Those down times made me and the team stronger and wiser than ever. I love and believe so much in my team.

That said, by the power vested in me, with so much fire in my belly, on behalf of the Supreme Mavin Dynasty, I say to every Mavin out there that #AllisInOrder.” As much as the concerns arise, Jazzy’s gift of talent discovery may fast be at play to shore up the vacuum. As the term “Mavin” describes someone who is gifted and skilled in any field, so is Don jazzy archetypal of it.

Reekado Banks alongside Korede Bello and D’ija joined Mavin Records in 2013 to start the Mavin 2.0 with the release of the monster single, ‘Dorobucci’ the following year. This was shortly after the exit of Wande Coal, another vocal powerhouse who had crossed over with Jazzy from Mo Hits.

‘Kukere’ crooner, Iyanya, also had a stint with Mavin Records after his fallout with his former record label owner/business partner, Ubi Franklin, but pulled out of Mavin in controversial circumstances.

A background to the making of Mavin counts here: The label’s inception came to fruition following the closure of Mo’ Hits Records, a record label which was co-founded by the multi-talented Don Jazzy and music superstar D’banj in 2004 after meeting in London. Prior to commenting on D’banj’s exit from the defunct record label, there were allegations that D’banj signed over Mo’ Hits to Don Jazzy.

In an interview, Don Jazzy addressed D’banj’s departure from Mo Hits, saying, “We were working together and all was going on well. It got to a point where I looked at the situation and we both decided that it was not working and we had to move on”.

Don Jazzy then alluded to being hesitant of a name change. Upon establishing the rebranded record label, Don Jazzy said he sees Mavin Records being the powerhouse of music in Africa in the shortest possible time.

In January 2019, Mavin Records secured a multi-million dollar investment from Kupanda Holdings, a subsidiary of Kupanda Capital and TPG Growth.

Immediately after its establishment, the record label launched its official website and the Mavin league, a social networking site designed to cater to their fans worldwide. Within a year of becoming a revamped brand, the record label released “Take Banana” and “Oma Ga” as singles from its debut compilation album Solar Plexus.

For now, Tiwa Savage, Reekado Banks, Wande Coal and Iyanya are out of the Supreme Mavin Dynasty. Perhaps, Don Jazzy will pull out his magic wand again.