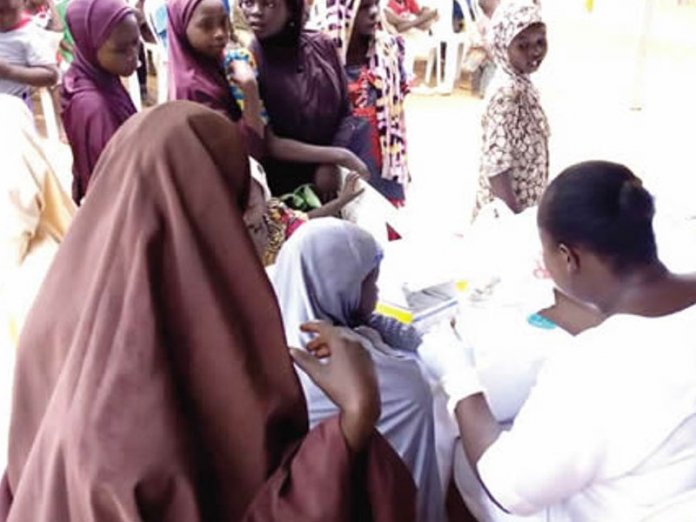 Over 500 of the 3015 IDPs in the camp were tested while 210 of them were diagnosed with malaria fever and administered drugs, according to the Program Manager, Bamaga Tukur Foundation, Oyebisi Bamidele.

He said children and women, regarded as the most vulnerable groups in the society were among those targeted by the outreach.

The foundation is also collaborating with Inamsaj Advocacy Foundation and Roll Back Malaria (RBM) to achieve its objectives.

Oyebisi stressed that the outreach is aimed at helping Nigeria eliminate malaria totally, adding that the foundation was concerned with malaria campaigns, advocacy and data collection.

With the theme “Zero malaria starts with me”, he said the foundation will return to supply mosquitoe net to the IDPs as part of the outreach.

Speaking after the outreach, the secretary of the camp Bala Yusuf commended the foundation for reaching out to the IDPs.

He described malaria as one of the commonest diseases among children and women in the camp, adding that they were happy that after testing and provision with drugs, they were also taught on how to protect themselves from malaria.