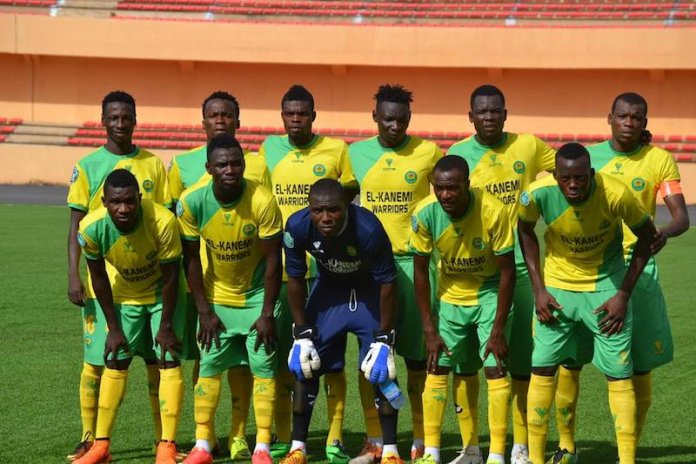 El-Kanemi Warriors FC has been imposed several sanctions including a three match-day closure of their stadium to fans following disturbances that occurred during and after the Match Day 17 fixture against Go Round FC of Port Harcourt.

The League Management Company (LMC) in exercise of Summary Jurisdiction notice signed by its Chief Operating Officer, Salihu Abubakar, the league body charged the Maiduguri club for breaches of sections of the Framework and Rules including Rule B13.18 and B13.52.2.

The charge read, “you are in breach of the Framework and Rules of the Nigeria Professional Football League, in that on Sunday, 5th May 2019, in the course of your Match Day 17 Fixture: El-Kanemi Warriors vs. Go Round, some of your supporters severally threw objects including water sachets, plastic bottles and stones towards Match Officials and towards the field of play”

In the second charge, El-Kanemi Warriors was also found in breach of Rule B13.52.2 for failing to ensure restriction of access by unauthorized persons to restricted areas as some supporters gained access to the dressing room and interferred with the Referee.

On a third count, the club was charged with breaching of Rule B13.18 in that some of their supporters encroached onto and harassed the visiting team and Match Officials, preventing them from exiting the field of play immediately after the match.

The LMC ordered El-Kanemi Warriors to play its next three home matches behind closed doors based on the previous order of suspended sentence in the wake of disturbances after the Match-day 4 fixture against Nasarawa United.

El-Kanemi Warriors are also to organise a Supporters Education and Orientation workshop to be supervised by the LMC to inculcate in the fans the values of fair play, friendship and orderly conduct which football promotes.

The club has 48 hours from the date of the notice to submit to the ruling or elect to appear before a Disciplinary Commission. “Any such decision must be communicated in writing to the office of the Chief Operating Officer of the LMC,” concludes the statement from LMC last night.