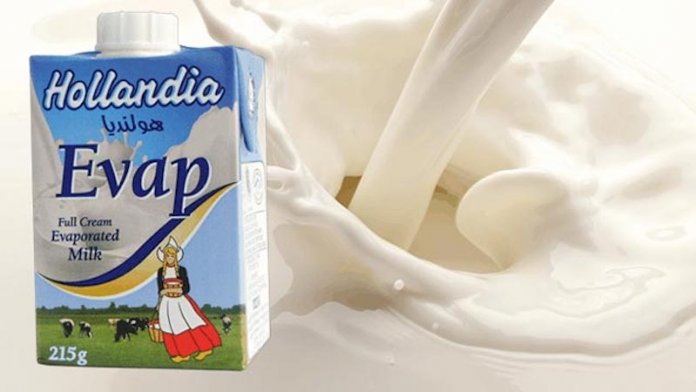 The recent introduction of Hollandia Evaporated Milk’s 120g pack size affectionately referred to as “Pere” has been met with commendation from consumers, a statement has explained.

The new “Pere” pack is being seen as an irresistible way to deliver wholesome nutritious evaporated milk in a distinctive packaging, it added.
At a N100 price point, Hollandia Evap 120g “Pere” pack has endeared itself to millions of consumers across Nigeria for its unique creamy taste and nourishing value in a convenient pack.

It is tailored to fit specific consumer needs with quantity benefits and reasonably connects with an affordable price point.
Across neighborhood shops and departmental stores, the “Pere” pack has grown increasingly popular as more consumers consider it a favourite for its high quality, convenience and affordability, whenever they desire a creamy addition to their cup of tea, coffee, or meals.
Among consumers who spoke was Mr. Oluseyi Adeniyi, a Brand Consultant with MarketingPlus.

He stated that while Hollandia Evap is already a household name in Nigeria for its product quality, affordability and satisfaction, its new 120g ‘pere’ pack size was an innovation that is making inroads with its convenient portion size.

For Ezekiel Usman, a student of University of Ibadan, Hollandia Evap is a creamy and highly nutritious milk. He noted that as students, it was imperative to settle for value adding products that are pocket friendly, and the new pack fits the bill for his daily use.
Chi Limited’s Managing Director, Mr. Roy Deepanjan, expressed delight on the feedback received so far from consumers.

He stressed that the product has captured consumer affection by being value maximising and innovative.
“At the price point of N100, we were confident that the Hollandia Evap 120g ‘pere’ pack was good value for consumer spend when making purchasing decisions. The convenient portion size and affordability is driving affinity and growing popularity of the pack size amongst consumers desirous of wholesome nutritious milk,” he added.