Jaiz Bank Plc recorded a profit after tax (PAT) N428.68 million in the first quarter (Q1) of the year, compared to the N124.58 million recorded in the comparable period in 2018. Its three-month report for the period ended March 31, 2019, which was released to the Nigerian Stock Exchange (NSE) showed that gross earnings rose by 38.7 per cent while pre and post-tax profits jumped by 225.08 per cent and 244.19 per cent respectively.

Earnings per share also rose by 190 per cent. The bank recorded well-rounded performance as it continued to improve its cost efficiency and risk management. Gross earnings rose to N2.59 billion in the review period compared to N1.87 billion in Q1 2018. Gross profit grew by 51.9 per cent increased from N1.39 billion to N2.11 billion.

Commenting on its performance, Managing Director, Jaiz Bank, Mr. Hassan Usman, said the 2018 results further demonstrated that the bank has the capacity to grow sustainably in line with its strategic vision of becoming the leading non-interest bank in Sub-Saharan Africa by 2022.

He further assured that while maintaining steady focus on elements that contributed to improved performance in 2018, the bank will also work harder to optimise its potential in order to deliver better returns in 2019.

As a non-interest bank, it makes profit basically from profit-sharing on investments and gains on trading activities.

Key underlying ratios showed improvements in returns and operational strength of the bank.

‘Why Nigerian Airports Are Unviable’

‘Why Nigerian Airports Are Unviable’ 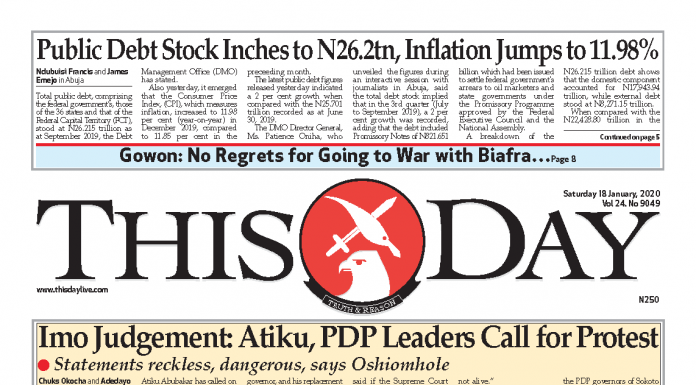