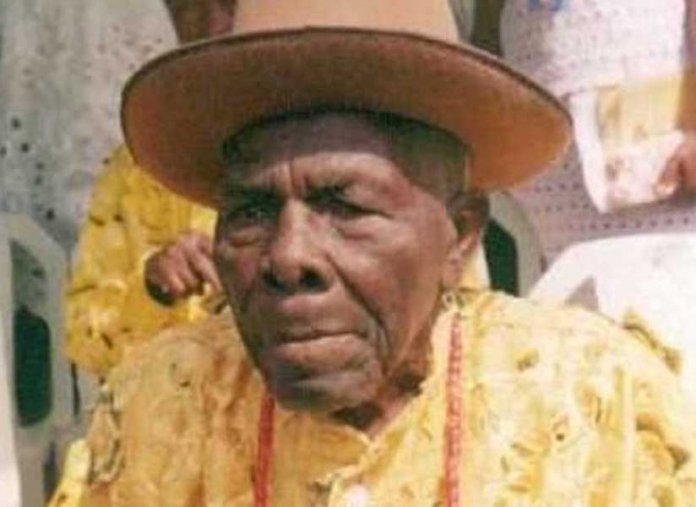 •  Former military administrator of Mid-west buried amidst encomiums
•  Okowa: He lived a diligent, loyal and dedicated life worthy of emulation
•  Anxiety at burial as Gowon collapses

By Sylvester Idowu in Warri, Omon-Julius Onabu in Asaba and Adibe Emenyonu in Benin City

The remains of the former Military Administrator of the defunct Mid-Western region (now Edo and Delta states), Maj. Gen. David Ejoor (Rtd.) were laid to rest yesterday in his hometown, Ovwor, Olomu Kingdom in Ughelli South Local Government area of Delta State, with dignitaries, including a former Head of State, General Yakubu Gowon, describing him as a true patriot.

Gowon said the late former Chief of Army Staff (COAS) believed in the unity of Nigeria and was a very good and loyal colleague, who worked with him to keep the country together.
Gowon said: “As a good soldier, he suffered to avoid being captured so that he does not fight another day. He had a lot of military knowledge. As a military governor, he was able to reconcile the people of Urhobo and Itsekiri ethnic nationalities as well as the Midwest region. His soul will certainly be unforgettable as a professional soldier and administrator. He was my senior until the change that took place. I will like to say goodbye my colleague, rest well, I pray to God to receive you in His bosom.”
On his part, Governor Godwin Obaseki of Edo said that the spectacular contribution of Ejoor to the struggle to keep Nigeria as a united entity could not be forgotten “in the anal of our common history’’.
Obaseki said that Ejoor would be richly acclaimed for his love and peaceful coexistence of the various ethnic groups in Nigeria.
The Edo State Governor said: “Today, we mourn the demise of an illustrious son of the defunct Mid-Western region, Lt. Maj. Gen. David Ejoor, whose life sojourn is replete with landmark achievements as a one-time Military Administrator of defunct Mid-Western region, former Chief of Army Staff, first indigenous commander of the Nigerian Defence Academy (NDA), the most senior chief of Olomo Council of Chiefs in Olomo Kingdom, a consummate traditional and community leader and one time President General of the Urhobo Progressive Union (UPU). Even in our grief, we are spurred more to honour a man of many achievements and contributions to humanity.
“He will be remembered for his belief in true federalism and his pioneering role in drafting the Nigeria Defence Policy. The manner in which the Nigerian military is represented in this occasion gives credence to the rich legacy and the life he lived.
“In my role as the current governor of Edo State, which is an offshoot of the Mid-Western Region where Gen. David Ejoor etched his enviable path of leadership, I think we owe him a sea of gratitude for erecting a right beacon of leadership which I am proud to emulate and follow.
“Maj. Gen. David Ejoor’s spectacular contributions to the struggle of keeping Nigeria as a united entity will remain salutary in the annals of our common history. He will be richly acclaimed because of his love and struggle for the peaceful coexistence of the different ethnic regions in Nigeria and the progress of the entire country.”
Obaseki added that late Ejoor, “will forever be remembered for his fervent belief in true federalism, his pioneering role in drafting the Nigeria Defense Policy with the full support of the Nigerian military. The manner in which the Nigerian military is represented on this occasion to honour this great general lends credence to the rich legacy and life he lived. As the world stands in awe of the departed elder statesman who died at the ripe age of 87, I join thousands all over the world today, particularly his immediate family, the Urhobo nation and the Nigerian Military, on behalf of myself and good people of Edo State to wish our dearly beloved father, a deserving farewell.”
Governor Ifeanyi Okowa, on his part, described late Ejoor as an elder statesman, who contributed immensely to the development of Edo and Delta States and Nigeria at large.
He said Ejoor lived a diligent, loyal and dedicated life worthy of emulation.
“If a lot of us continue to live in a manner he lived and believed his thought, I believe we can impact very quickly on our nation. He had all the attributes of a good man. That is a lesson we have to learn. Emulate the very good qualities that he had so that we can impact in this on the nation and change the narrative of the future,” Okowa said.
Earlier, Brig.-Gen. Dominic Oneya, former military administrator of Kano and Benue states said Ejoor had ran a good race that would always be remembered.
“He showed me good example of how to live a good life. I was close to him and his family
when I was his Aide De Camp (ADC) between 1974 and 1975,” he said.
In his remark, the Chief of Army Staff (COAS), Lt.-Gen. Tukur Buratai, said Nigerian Army and indeed Nigeria would forever miss Ejoor.
“An astute professional soldier, great peace maker, good human resource manager, robust administrator and a distinguished elder statesman,” Buratai said.
The News Agency of Nigeria reports that Rev. Father, Gregory Umukoro, in his sermon at Ejoor compound in Ovwor, said late Ejoor lived a fulfilled life.
Others who graced the occasion were the Chief of Naval Staff, Vice Adm. Ibok Ete-Ibas; retired Gen. Alani Akinnade; retired Gen. Alex Ogomudia and former Delta governor, James Ibori.
Also in attendance were President-General, Urhobo Progressive Union, Chief Moses Taiga, Senator Ovie Omo-Agege, traditional rulers, religious leaders and other serving and retired military personnel.
Panic As Gowon Slumps During Oration
Panic however gripped the crowd at the funeral when Gowon slumped while giving his oratory on Ejoor.
The former military ruler slumped mid-way during his oration at the grave side of late Ejoor but the military personnel made fruitless efforts to bar visual coverage of the incident.
General Gowon was promptly rushed by Senior officers of the military into a special tent for emergency resuscitation. Okowa and Chief James Ibori, former governor of Delta state dashed into the tent as part of efforts to ensure he recovered.
THISDAY observed that a military as well as Delta State ambulances were immediately moved into the front of the tent should in case the former Head of State’s health deteriorates further.
After a moment, Ibori and Okowa emerged from the tent, an indication that the former army boss had recovered.
Ejoor, who was COAS between 1972 and 1975, died on February 10, at the age of 87.