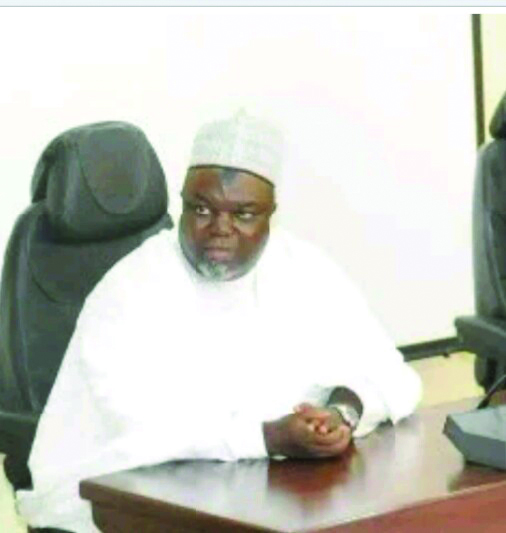 In the last forty years, Alhaji Abdullahi Gbade Akinbode has remained in the consciousness of Muslim elites in Nigeria for the various roles he has played through teaching, gospel music and campus evangelism to bridge the gap between the Muslims of the old and the new generation of the adherent of the religion. He changed the gear in the mid-80s when he joined a few Yoruba elites and Muslim professionals in Ibadan to form a prayer group, which later transformed to what is today known as Nasrul-Lahi-l Fatih Society (NASFAT), and subsequently became the organisation’s pioneer Missioner. In this encounter with Raheem Akingbolu, Akinbode speaks on his early life, governance and what led to the establishment of his new prayer  group -Jamaa’tu AhliLlahi

Abdulahi Gbade Akinbode is a household name among the Muslims in the South West of Nigeria. As an Islamic teacher and preacher, Akinbode’s popularity cuts across campuses, corporate institutions, political environment and market places. While congratulating Nigerians who have just been elected into various executive and legislative offices, Akinbode was quick to declare that bad leaders shall meet their Waterloo on the day of resurrection. Though, he admitted that nature abhor vacuum and so leaders should emerge but urged politicians to always pause and review their promises to the people and what their respective office entail.

“Leadership is good but good governance is better. I didn’t envy political leaders because I know what awaits them if they fail to govern with justice and equity.  If they fail, they will see the consequence of the injustice they mete out to the people. Governance requires God’s consciousness, it requires justice and it requires transparency, honesty and loyalty. If you are a Muslim and you lack all these qualities, you are not fit for any political position. I say this because if anybody goes into a position of authority and err in discharging all these responsibilities, the wrath and torment of God will be hard on such people. My advice to leaders is that whatever they are doing, they should be conscious of what Allah says about leadership and followership. They should discharge their responsibility as if God is watching them. Meanwhile, even though they cannot see God, God is watching and taking records of their deeds,” he stated.

In the late 70s through early 80s, when Christian Gospel Music icons like Niyi Adedokun, Bola Are, Ojo Ade and Funmi Aragbaye were redefining Christian evangelism through music, Akinbode thought of the likely influence of the new approach on Muslim youths and bridged the gap by popularising the Islamic gospel genre.

Speaking on how his early exposure to Islamic Literature helped his music and evangelism career, Akinbode gave the credit to his late father, a farmer and Islamic cleric, who insisted that his children must combine both Islamic and Western education.

“I owe my late father a lot of gratitude in this regard because he was my first teacher, when it comes to basic moral lesson for a Yoruba boy and early exposure to Arabic and Islamic studies. All these became useful when the idea of revolutionising Islamic gospel music came to my mind. I started deploring my Islamic music after secondary school.  But in our own time, the motive was to use the music to preach morals, guide conduct, remind members of the society on the importance of doing good. Another reason was to give alternative music to Muslim youths at a time Christian Gospel music had already become prevalent in the Nigerian Music environment,”

To Akinbode, the gospel music industry today is miles apart from what was obtainable in their days.  “Gospel music was not a professional thing in our own time; most of us who were singing then were students, who were doing what we were doing to add value. We were using our music to preach, teach moral and to propagate Islam. However, the modern trend is strange as we now see band stand with all kind of dances. It is a free market now unlike during our time when they will teach us how to dance. If you dance a ‘shakushaku’ kind of music, your fans and Islamic leaders will criticise you. In short, you dare not,”

Against the belief that the formation of new Islamic organisations like  NASFAT, QAREEB, JAMAHLIY and others that emerged between mid-90s and now,  first gave South West Muslim elites enlightened platforms, Akinbode gave the credit to Muslim Students’ Society, National Council of Muslim Youth Organisation and other youth platforms that were in existence before the above Islamic group.

“MSS and others were the first set of associations that gave Muslim Youths the voice and platform to propagate Islam and strengthen evangelism in accordance with modern civilisation. Prior to the formation of MSS by our founding fathers, Muslim youths had no common umbrella on campuses and this often led to undue influence and conversion to other faiths. NASFAT and other similar bodies have only deepened it as young graduates and professionals see the various folds as broader platforms to propagate Islam. There have been a vacuum until NASFAT came and gave room for social interaction and engagement. Today, except you don’t want to practice Islam, there are various fora that take care of the need of various demographies; youths, professionals, women, young ladies and children.

Using his new Islamic Prayer Group, JAMAHLIY, as example, Akinbode disclosed that the new body has a continuous education center, entrepreneurial forum and another platform for young graduates who want to have economic independence and need opportunities to explore.

He spoke extensively about NASFAT, how excited he felt leading the group and why he left the association he was so much proud of to start a new one afresh.

“Forever, I will be grateful to Allah for allowing me to pass through NASFAT. The years spent there were exciting as the prayer group further sharpened my evangelical skills and taught me more lessons about leadership, human management and life generally. Of course, I must also thank the Almighty for what he used me to achieve in the association. Having said this, much as I would have loved to dwell again on why I left NASFAT, I must tell you that the issue has almost become overkill. Succinctly speaking, let me state here again that my leaving was in accordance with the constitution of the association and not as a result of any disagreement. Till date, we still relate when the need arises since we are working for the growth of Islam. Neither NASFAT nor JAMAHLIY is for personal aggrandizement,”

Speaking further, Akinbode, who left NASFAT at age 60 over two years ago, said since he was still strong and fit in body and brain to continue with his evangelism work, it was not a waste time in establishing JAMAHLY.

“Like everything ordained by Allah, the birth of JAMAHLIY was divined. I have just left a group that had prepared me well; both spiritually and in the art of organising people and I was still young and able to continue with evangelism work. I had support of people of like minds and we began the group. The first positive sign was that we grew to over 10,000 members within the first one year. Today, we are in more than 20 states of the federation and have branches in US, UK and other countries,” he said.

Though born in Ibadan at Isale Afaa to the family of Opeolu, only few Nigerians know that Gbade Akinbode family had their root in one of the royal houses in Offa, Kwara State. Speaking on why his musical career was cut short, he pointed out that his father was against gospel music for him not only because of Pa Abdulahi’s belief in Islam but because as a prince, his son had no business in the entertainment industry. Another good thing he revealed about his father was the man’s belief in the combination of western and Islamic education.

“I grew up in a large family set up in a rustic settlement in Ibadan. My father was a Muslim Cleric and a cocoa farmer, who also believed in balanced education that includes western and Islamic education. My mother was a trader and I was nurtured by the two parents, who didn’t allow me to live with any external family as it used to be then. My Arabic tutelage started from home. Later, I was enrolled in a Muslim primary School in our neighborhood, where I later became a Janitor because of my promptness and brilliance in school. For the secondary School, I attended Ahmadiya Grammar School at Eleyele, Ibadan,”

Looking back, Akinbode said he was admitted into Sciences in Secondary School but had to change to humanities along the line.

“My father wanted me to be a Muslim cleric but that was not my initial plan but perhaps Allah has destined me to toe the line because along the line, I changed from Sciences to Humanities. For higher education, I first went for a professional training in Personnel management, alongside my teaching career, before going to University of Lagos to bag a degree in Education Arts. Later, I returned to the same university to acquire Master of International Law and Diplomacy in the Department of Jurisprudence,”

Asked to name who influenced him most between his father and mother, Abdullahi was quick to say that both of them did the magic. According to him, at the beginning, he thought his mother loved him more until he discovered that his father was also fantastic, except that he was a disciplinarian who believed he must be a little strict to instill knowledge and discipline into his young son.

“Both parents influenced me. My mother loved me but my father trained and loved me. My father was tough but only tough to disobedient children but people didn’t know. I was easy going; I was either reading books or Quran while with him, so I never had problem,” he said.