The Governor of Ekiti State, Dr. Kayode Fayemi, has advised members of his cabinet to work tirelessly for his administration to deliver good performance to the people, saying his 2022 succession plan will be determined largely by level of dividends of democracy offered the populace.

Fayemi stated that Ekiti people must start seeing evidence of governance now that a full complement of commissioners and special advisers have been appointed to drive his four cardinal agenda.

He spoke at Iloko Ijesa, Osun State yesterday, while declaring open a three-day retreat organised by the state government to equip the political class and technocrats in the state civil service.

At the retreat attended by over 100 senior public servants , Fayemi stated that apart from fulfilling promises to the people that the task of delivering on his promises has become more convoluted and tasking by the N30,000 minimum wage, which he said his government was ready to pay to workers.

He said all the public servants especially those in charge of revenues must brace up for the task of generating more funds to be able to meet the new demand.

Fayemi said: “We have to be focused on how to deliver on our promises to the people, that is why you will sign to performance agreement at the end of every quarter and if you think what we set for you was too high, then you bow out.

“We have to take reclaiming Ekiti values from the level of promise to reality. I know you need resources and there must be plans on how these will be provided and measured the extent to which you have delivered.

“The task ahead is tedious but not insurmountable. Most of the states used to fail because they don’t have plans and have nothing to deliver. There must be something measurable to be put in place and that can be evaluated periodically as a government.”

“There are more obligations to attend to apart from N30, 000 minimum wage. If we do well, it will give us the leverage to put up a government that will sustain the programme of our administration after our tenure, because no single government can do it alone.

“So, performance is key to our government “, he said.

The retreat, according to him will centre on reflection on Fayemi administration from 2010-2014, the period of interregnum and the lessons both offer for the new team, to brainstorm, reflect and devise strategies on how to restore Ekiti values through governance and delivery, to induct the new appointees and permanent secretaries on the pillar of Fayemi administration. To reflect on how the government will deliver services to citizens through focus on plans, policies, programmes , budget and service delivery and to build a team spirit and prepare the appointees for time after government.”

A scholar and Professor of Public Administration, Prof. Ladipo Adamolekun, stated that most of the states of the federation are failing in their duties, because politics has been personalised, and this he said can’t enhance economic growth.

“People must have a say in decision making, hold policy makers accountable, free from all forms of discriminations.

“We must know that when good people are in government, people enjoy and rejoice and enjoy basic needs of life.”

Speaking on the topic: ‘Governance and Service Delivery, from Promises to Reality’’, Adamolekun , said the late Premier of the Western Region, Chief Obafemi Awolowo, was able to deliver owing to solid plans his government put in place.

Harping on the need for the civil service to be insulated from politics, Adamolekun added that the recently appointed Head of Service in Ekiti, Mr. Deji Ajayi and the 17 permanent secretaries, were products of merit, geared towards achieving success.

“Let us focus on government and seek partnerships with technocrats who can make the civil service work, because the workers are the engine room of government and you must not lose that edge.”

Adamolekun advised Fayemi to brief the public on his development plan through the House of Assembly on yearly basis and welcome criticisms, reform the public service, insulate civil service from politics. 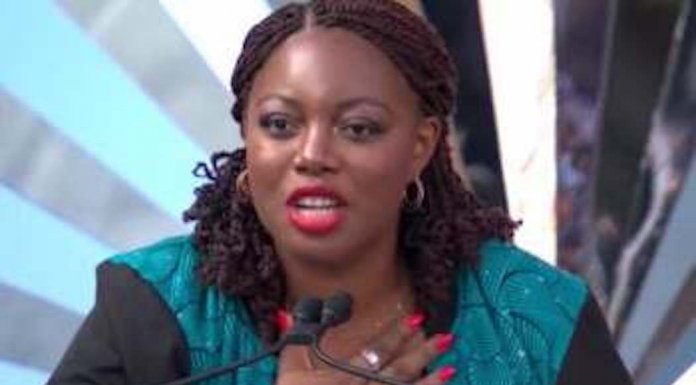