Bearish sentiments persisted at the Nigerian equities market last week as domestic investors focused on receiving the dividends paid by banks for the 2018 financial year.

Also, the mixed first quarter results announced by companies contributed to the weak demand by investors.

While stocks remained attractive due to low valuations resulting from extended bearish run, investors were last week busy at annual general meetings (AGMs) approving dividends already declared for 2018. Most of the shareholders who spoke to THISDAY, said they were more concerned about getting their dividends for now.

“My focus is to receive all the dividends declared by the companies, including banks were I have investments. After that I will then look at investing more since most of the prices are very attractive now,” an investor said.

The Nigerian Stock Exchange (NSE) All-Share Index depreciated by 1.2 per cent last week to close lower at 29,740.41, while market capitalisation shed N123.7 billion to close at N11.2 trillion. Profit taking and sell pressures that persisted led to the market to post losses in two out of the four trading days.

Trading activities for the week opened up on a slightly positive note on Tuesday as the ASI marginally advanced by 0.01 per cent. Profit taking in bellwether led to a depreciation of 0.63 per cent on Wednesday.

The market recovered on Thursday with a gain of 0.07 per cent before losses by FBN Holdings Plc, Dangote Cement Plc and Guaranty Trust Bank Plc depressed the market by 0.60 per cent. Consequently, the NSE ASI shed 1.2 per cent in the week.

In terms of sectoral performance, four sectors tracked depreciation while one appreciated.  The NSE Consumer Goods Index declined the most, shedding 2.6 per cent followed by the NSE Industrial Goods Index with 2.2 per cent. The NSE Insurance Index shed 0.9 per cent, while the NSE Banking Index went down by 0.1 per cent. The NSE Oil & Gas Index emerged the lone gainer, appreciating by 0.4 per cent.

The bearish trend pervades the African continent as five of the six markets tracked depreciated last week. The Morocco Casablanca MASI Index was the lone gainer, recording 0.5 per cent growth.

In Asia and Middle East, the markets showed a mixed performance with three markets closing lower. UAE’s ADX General Index led losers with 1.9 per cent, trailed by Qatar’s DSM 20 Index that went down by 1.0 per cent while Saudi Arabia’s Tadawul ASI lost 0.9 per cent. Positively, Turkey’s BIST 100 index posted a strong return of 2.5 per cent to lead gainers.   Thailand’s SET index followed with a gain of 0.1 per cent.

The performance of developed markets was mixed also. According to Afrinvest, in the United States (US) market, the ongoing earnings season has proven to be positive thus far, with technological stocks such as Microsoft, Facebook and Wirecard AG spurring performance. As a result,  the S&P 500 and the NASDAQ gained  0.7 per cent and 1.2 per cent in that order. The United Kingdom (UK) FTSE shed 0.4 per cent while  France’s CAC 40 went down by 0.2 per cent. Hong Kong’s Hang Seng  shed 1.2 per cent.

On the other hand, Germany’s XETRA DAX and Japan’s Nikkei 225 appreciated 0.7 per cent and 0.3 per cent respectively.

A total of 4,800 units of Exchange Traded Products (ETPs) valued at N45,578.70 executed in nine deals were traded during the week. No trade was recorded in the previous week.

Dangote Flour Mills Plc led the price gainers with 45.3 per cent as investors swooped on the shares following the news that Olam International Limited,  has  offered to acquire the firm.

In a notification to the NSE last week, Dangote Flour Mills said  the total consideration offered by Olam to acquire its five billion shares was N130 billion.

Olam, through its subsidiary Crown Flour Mills currently, owns over five million shares of Dangote Flour Mills and is bidding to take over the entire company. 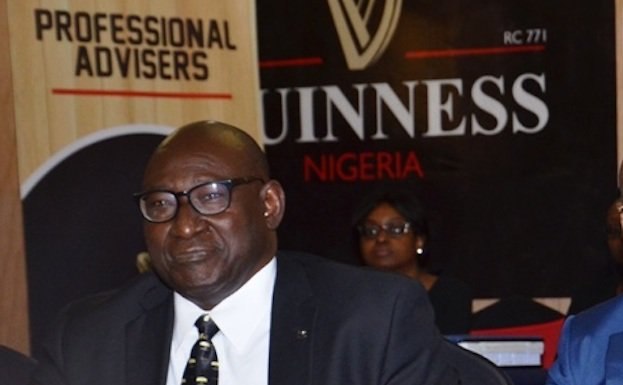 WATER, SANITATION SYSTEMS AND OUR ECONOMIES