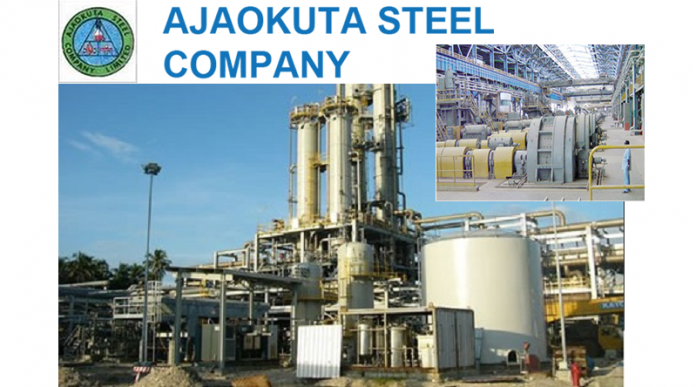 Kingsley Nwezeh examines the sorry state of the Ajaokuta Steel Complex envisioned as Africa’s industrial hub 38 years ago, its potential, attempts to resuscitate it the approval of $1 billion by the National Assembly and President Muhammadu Buhari’s refusal to sign the bill into law

It is argued that had the Ajaokuta Steel Complex worked according to plans, it would have contributed significantly to Nigeria’s Gross Domestic Product (GDP), boosted its foreign reserves and generated thousands of jobs. Besides, the epithet, “Giant of Africa” would have been more befitting for Nigeria as a country.

But 38 years on, the project that would have made all the difference is still hanging in the balance, mired in scandalous controversies.

The State of Affairs

With 41 plants designed to generate electricity, manufacture steel, cement, fertiliser, among others and with the project at 95 percent completion, Ajaokuta Steel is still a far cry from realisation.

On completion, the steel component is expected to roll out 10 million tonnes of steel each year while the steam-powered electricity generators would be adding 70 megawatts of electricity to the national grid.

The Minister of Mines and Steel Development, Alhaji Abubakar Bawa Bwari, said as a government on a rescue mission, the Buhari administration was determined to complete the projects before the end of its tenure.

“What we did was to resolve the legal issues around Ajaokuta. Those issues were resolved and Ajaokuta is wholly owned by the Federal Government. While Itakpe is supposed to feed Ajaokuta steel, it is still under the ownership of Global Infrastructure and we are waiting for their contracts to run out based on the modified concession agreement that we reached.

So the right raw materials must be there and the external infrastructure must be in place.

The external infrastructure has to do with the railway, river port and the dredging of the River Niger,” he said.

According to the minister, what the government has done is to put the external infrastructure in place. Today, we have put up a rail line from Itakpe-Ajaokuta to Warri Port. The dredging of the River Niger has been done. The Baro Port is completed and has been commissioned.

“The Lokoja and Warri Ports are being worked on and the Onne seaport is there. These are some of the things that will make Ajaokuta 100 per cent functional

“Today, if we are able to produce liquid steel, we will meet the steel requirements of this country. As at today, we spend more than N4 trillion importing steel in this country”.

He added, “If fully sorted out, it will go a long way in solving our foreign exchange. We need to produce liquid steel so we can produce our cars, power lines, rail lines, coaches, meet construction needs, anything to do with steel and with that Nigeria will be on the right part to industrialisation.”

It is estimated that $700 million is required for the completion of the Ajaokuta Steel Complex. It is in this regard that the National Assembly recently passed the Ajaokuta Completion Bill in a bid to fast-track the project, which is at 95 percent completion thirty eight years on.

The Ajaokuta Steel Company Completion Fund Bill, 2018 presented by Senate Leader, Ahmed Lawan, made provision for the sum of $1billion from the federal government’s share of excess crude revenue to be devoted to the immediate completion of the steel company.

The bill, which was passed in December last year, states that all monies that may from time to time be appropriated and authorised by any tier of government should be part of the funding for the completion of the company.

In addition, it provides that all loans or grants from time to time made to the country for the purpose of completing the Ajaokuta Steel Company should be accommodated while monies in the Fund shall be applied by the minister subject to appropriation by the National Assembly only for the purpose of the construction, improvement, extension, enlargement and replacement of infrastructure and works, including the provision, acquisition, improvement and replacement of other capital assets required in respect of or in connection with the completion of the Ajaokuta Steel Company project.

The bill further states that monies in the fund can be used for the acquisition of land and of any right or interest in or over land and in respect of the use of any invention including the carrying on of any survey, research or investigation preparatory to the undertaking of any such purpose or the formation of any plan or scheme for the development, improvement, of Ajaokuta Steel Company project.

The Deputy President of the Senate, Ike Ekwerenmadu, who presided over the passage of the bill, expressed optimism that the bill if signed into law by President Mohammadu Buhari would ensure a speedy completion of the project.

In a letter read to the parliament early in the month, the President of the Senate, Bukola Saraki, informed senators of President Buhari’s decision to decline assent to the Ajaokuta Completion Bill 2018, predicating his reasons on the fact that the bill was an infraction on extant laws, a duplication of responsibilities of existing agencies and was coming at a time the country faced financial difficulties.

“The nation cannot afford to commit such an amount in the midst of competing priorities with long-term social and economic impact that the funds can be alternatively deployed towards.

“Bills, which seek to make appropriation of revenues to fund public expenditure should be consolidated in the annual Appropriation Act, such that the proposals pass through the traditional scrutiny that budget proposals are subjected to by the Ministry of Finance, Ministry of Budget and National Planning and the National Assembly”, President Buhari said.

“Furthermore, as the Excess Crude Account Fund belong to the federation, it would be proper to consult with the National Economic Council where the states are represented.

“Relevant stakeholders, such as the Ministries of Mines and Steel Development, Industry, Trade and Investment, were not fully consulted.

“The inputs of key stakeholders are necessary to create the optimal legal and regulatory framework, as well as institutional mechanism to adequately regulate the steel sector,” he argued.

The Minister of Mines and Steel Development, Bawa Bwari, has maintained that whether the money from government comes or not, investors all over the world are showing interest in the Ajaokuta Steel Complex.

“Whether funds come from government or not, there are so many expression of interest from many companies from China, Ukraine, Belarus and some other European countries,” he said in a recent interview.

From all indications, the executive and legislative arms of government, hold different views on how to move the steel complex forward and so expectedly, the Ajaokuta Steel controversy rages.