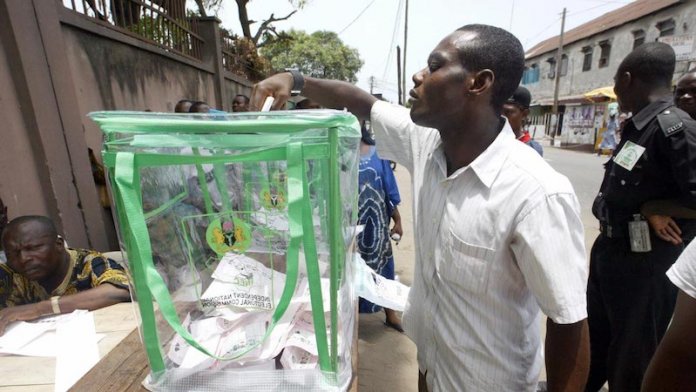 The News Agency of Nigeria (NAN) reports that security personnel, were strategically positioned at the entrance and within the premises of the centre, located at Local Authority Primary School, Baale St., Ajegunle.

Several patrol vehicles were also stationed at the access roads leading to the centre.

Only accredited people including the media, observer groups, INEC officers on duty as well as vehicles with access stickers were allowed access into the centre.

Some of the security agencies at the centre include the Nigeria Police, Nigeria Security and Civil Defence Corps (NSCDC), Federal Road Safety Corps, Fire Service, Department of State Security and Police Bomb Squad.

NAN correspondents who monitored the centre observed that INEC officials and ad-hoc staff were seen bringing results from the polling units to the centre under close watch of security operatives.

INEC in Lagos State is conducting supplementary election in 71 polling units across eight wards of Ajeromi-Ifelodun Federal Constituency for the House of Representatives seat.

The commission had declared the Feb. 23 House of Representatives election in the constituency inconclusive due to over-voting, non-complaince with the usage of smart card readers and violence.