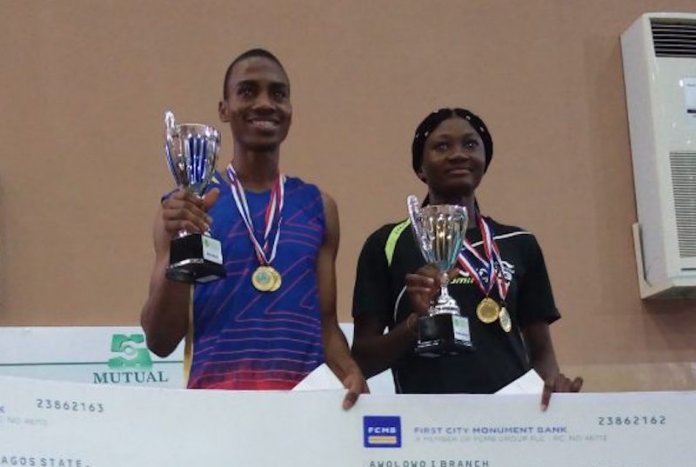 Top stars Anuoluwapo Opeyori and Dorcas Adesokan were rested yesterday but Team Nigeria still cruised into quarterfinals with a resounding 5-0 defeat of Zimbabwe in the team event of the ongoing All Africa Senior Badminton Championships in Port Harcourt, Rivers State.

Team Nigeria, who won their opening Group D fixture 5-0 against South Africa on Monday, started the Zimbabwe’s rout when the duo of Habeeb Bello and Amin Christopher combined to inflict a 21-7, 21-7 defeat on the pair of Michelle Gazah and Raeffic Alfonso in the mixed doubles.

Clement Krobakpor took to the court to increase Nigeria’s tally with a 21-10, 21-12 win over Mathe Thabane in the men’s singles.
In the women’s singles, Sofiat Obashola trounced Mudzamuri Tritama 21-1, 22-3 while Krobakpor paired with Gideon Babalola in the men’s doubles to beat Dziva Ashely and Paul Kosolo 21-10, 21-10.
Amin Christopher and Chinenye Ibere completed the rout when they defeated Zaza Michelle and Tritama.
South Africa also booked their ticket for the last eight with a 4-0 defeat of Zimbabwe earlier in the day.

Uganda joined Egypt to make it out of Group A after they defeated Congo DR 5-0 who had on Monday slumped to the same margin against the north Africans.
Mauritius and Zambia are also through after they handed separate 5-0 defeats to whipping side Benin Republic in Group B.
Ghana accounted for the exit of neighbours Togo with a 5-0 defeat. The Togolese had lost their opening fixture to Algeria by the same margin.
The Algerians also sent Cote d’Ivoire packing with a 5-0 win.

The team event will be concluded today with Nigeria beaming with confidence.
According to Krobakpor, the country boasts of some of the best players on the continent and should clear the stable at the tournament starting with a gold in the team event.

“Although we have some strong teams in this competition, Nigeria is one of the biggest countries in badminton now. For me, we are the best in this tournament because we had a better preparation than last championships when we came second behind Algeria. We have qualified for the quarterfinals and I expect us to go all the way,” he said.