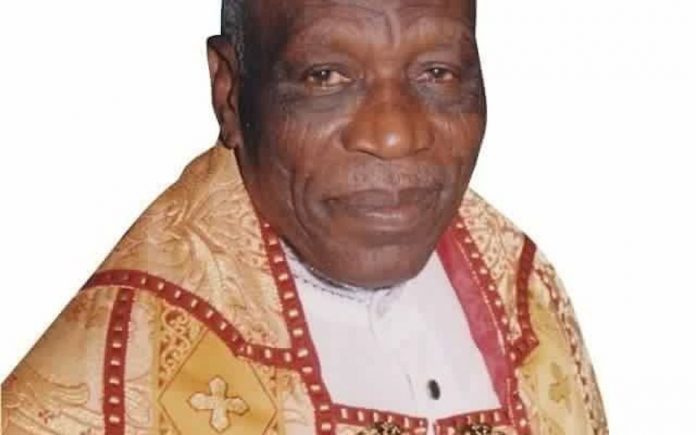 In the face of dwindling price of oil, governments at all levels in the country have been advised to, by way of policies and concrete actions, promote and provide an enabling environment for the participation of everyone in agriculture, industry and other local income generating ventures to increase the economic base of the nation.

The Spiritual Head and chairman of the Holy Order of Cherubim and Seraphim Movement Church(CSMC) Worldwide, Most Reverend Samuel Adefila Abidoye, gave the advice in his Easter message to the nation.

Abidoye in the message made available to THISDAY Monday said “this will also go a long way in creating employment opportunities for our youths”, adding that “the government should try to reactivate the moribund industries in all regions of the country so as to provide employment for our teeming youths.”

While appreciating the Federal Government’s efforts toward fighting corruption, the cleric called on the anti-corruption agencies to adopt a strategy that would cut across all arms and tiers of government, agencies and departments, with a more carefully thought out long term institutionalised framework.

“In furtherance of the foregoing, all well-meaning Nigerians are hereby enjoined to partner with the Federal Government for effective results in the fight against corruption and other corrupt tendencies”.

According to him, “The issue of rustling of flocks, cattle, sheep and goats, by heavily armed men masquerading as cattle rearers, has increased with alarming proportion in many parts of the country.

“Consequently, I will urge the Federal, State and Local Governments to develop a synergy to urgently and decisively combat this menace, especially now that it is practically becoming a lucrative and competitive ally to armed robbery and kidnapping in the nation. The need to ascertain the sources of arms and ammunition borne by these bandits is urgent and compelling”.

While commending and identifying with the present administration on the successes so far recorded on the war against terrorism, he urged the government not to relent on the tempo of the battle against terrorism.

He said that in view of the Federal Government’s plan to return the IDPs to their homes in the first quarter of this year, “we urge the government to ensure that adequate arrangements are made for their security and rehabilitation.”

Abidoye popularly called the “Baba Aladura” also acknowledged the efforts of the government on employment drive by the creation of the N-power programme which had given employments to some of the nation’s unemployed graduate.

He however said “I will like the government to find a way of reducing the cost of governance, curbing financial excesses by public officers as well as blocking all sources of leakages of the national revenues as some of the effective strategies to be adopted by government at all levels. The monies realised will be diverted into national development”.