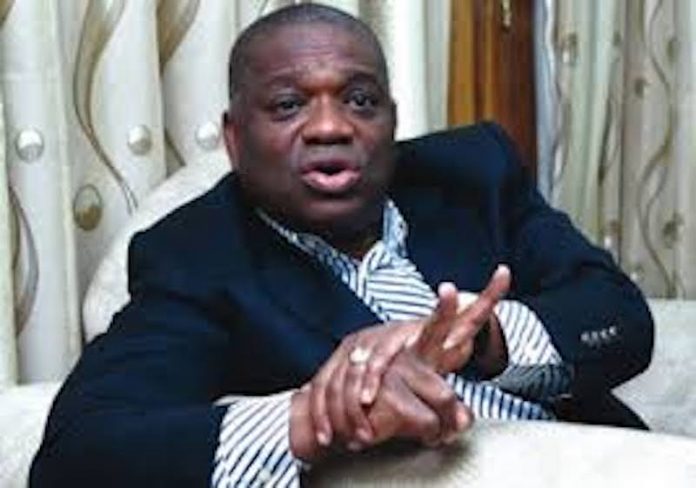 Eminent businessman and former Governor of Abia State, Orji Uzor Kalu, has been described by many as a “People’s Person.” Though a Forbes-rated billionaire with diverse business interests across the globe, what has made him who he is as a “people’s person” is not the enormous wealth he has or number of employees and those at his beck and call, but his great charm.

OUK, as he is fondly called by his fans, like every other mortal has been through the positive and negative sides of life. However, today, the story of Kalu is truly inspiring and encouraging.

In the business world, many refer to Kalu as a quintessential entrepreneur and global investor. The man of means, who was the President of the Student Union Government, University of Maiduguri, commenced palm oil trading and furniture business in the North immediately he was suspended from the higher institution following a protest by students (Alli Must Go) against the unpopular policies of the institution.

Today, through hard work, innovation, sincerity and perseverance, Kalu has built a business empire with vast investments in oil and gas, banking, insurance, media and publishing, real estate, agriculture, aviation, hospitality, shipping, construction, manufacturing and others operating under the parent company: SLOK Group. These business entities have on their payroll thousands of Nigerians and non-Nigerians. For Kalu, creating jobs and wealth are his calling.

Kalu did not venture into politics by chance but for his passion for genuine leadership, good governance and democracy. Kalu served as a member of the House of Representatives from 1992 to 1993 on the platform of the National Republican Convention (NRC) and held two key positions of Deputy Chairman of the Finance and Internal Affairs Committees. He moved for the famous Dual-Citizenship Rights Bill in the House of Representatives.

In 1998, Kalu alongside a few others founded the Peoples Democratic Party (PDP). Kalu solely made an initial donation of N100 million aside a loan of N500 million to the party at the formation stage. He won the governorship contest in Abia State in 1999 on the platform of the PDP. Kalu steered the affairs of the state from 1999 to 2007. The focus of his administration was health, sports, education, youth and women empowerment and roads among others.

In less than six months of assuming office, most of the major roads in Umuahia and Aba, including Azikwe, Park, Market, East Street, Mosque and Ehi were fixed. This feat earned Kalu the nickname: “Action Governor.” It was given to him by the then President, Chief Olusegun Obasanjo, who, after taking a tour of the state, couldn’t hide his joy over what he described as the unprecedented transformation of Abia State within a short time.

It was also during Kalu’s administration that Enyimba Football Club of Aba won the Confederation of African Football Champions League in 2003 and 2004. The team was partly coached by Kalu, a football enthusiast, who not only supported national and international football clubs, but also encouraged sports development at the grassroots.

During Kalu’s era as Abia State helmsman, salaries and wages were paid on or before 25th of every month, education was free, primary health was free, unemployment was low and above all, the state was peaceful. The remarkable, unbeatable and historic achievements of Kalu’s administration couldn’t have been possible without the judicious management of the slim resources of the state by the fine businessman.

Kalu, upon completing his tenure as Governor, with the support of the people of Abia and Imo States, threw his weight behind the candidacies of Chief T. A. Orji and Chief Ikedi Ohakim as Governors of the two states respectively on the platform of the Progressives Peoples Alliance (PPA) a political party he singlehandedly formed less than six months to the 2007 general election. Kalu brought to bear his political dexterity in ensuring victory for the duo of Orji and Ohakim. Kalu was the presidential standard bearer of the PPA in the 2007 general election.

In the February 23, 2019 presidential and national elections, Kalu emerged the representative of Abia North Senatorial District on the platform of the All Progressives Congress (APC). In his victory speech, Kalu dedicated his victory to Abians and promised to work closely with everyone regardless of party affiliation in ensuring a robust and qualitative representation for the people of Abia North Senatorial District.

During the presentation of Certificates of Return to senators-elect by the Independent National Electoral Commission (INEC) at the International Conference Centre in Abuja, recently, it was interesting watching the trio of Kalu, Orji and Enyimba Abaribe, representing Abia North, Abia South and Abia Central senatorial districts respectively, despite their differences, exchange pleasantries.

Like Kalu re-emphasised in his victory speech, the collective interest of Abians is paramount and must be placed above selfish ambitions. Kalu enjoys cult-like followership and goodwill among the people at the grassroots not only because of his large heart and generosity, but also his interpersonal skills of managing people.

As a philanthropist and community leader, Kalu has impacted lives positively beyond his community. Before the formal birth of Orji Uzor Kalu Foundation, the global businessman had been giving back to the society through free petty traders loan and graduate and post-graduate scholarship schemes since the early eighties. The Orji Uzor Kalu foundation is a household name in philanthropy as robust, responsive and sustainable initiatives aimed at complementing government’s efforts are rolled out from time to time for the betterment of the society.

The programmes of the foundation include peace advocacy, mentorship, women and youth empowerment, transport scheme, zero-interest petty traders’ loan, free palm seedlings and free medical scheme. The less privileged and indigents have benefitted in no small measure from the gestures of the foundation. Kalu, who couldn’t have been successful without guidance and counseling from his parents and mentors, has equally taken it upon himself to guide and support young entrepreneurs in Africa. The Forbes rated billionaire has trained and provided financial support for the younger generation in various sectors of the economy.

Of particular reference is the “Kalu Youth Development Programme.” The project has over the years identified and supported talented individuals in the areas of entrepreneurship, commerce, politics, leadership, entertainment and sports. Today, beneficiaries of the initiative are successful in their respective profession and they are employers of labour.

Kalu, through various platforms has presented papers and lectures to both local and international audience on a wide array of national and global issues, including good governance, economy, leadership, philanthropy, peace, politics, gender equality, development, security, human capital development, agriculture, wealth creation, sustainable development among others. Nigerians and non-Nigerians alike have benefitted from the reservoir of knowledge of Kalu in various spheres of life.

Kalu, a strong advocate of a united and indivisible Nigeria, has over the years traversed through the length and breadth of Nigeria thereby building relationships aimed at fostering peaceful co-existence among the people. With over 180 chieftaincy titles, membership of social, political, humanitarian and professional organisations and numerous national and international awards, including Member of the Order of the Niger (MON), bestowed on him by the then President of Nigeria, Ibrahim Badamasi Babangida, in 1986.

Kalu has carved a niche for himself in all facets of life. With Kalu’s indelible and remarkable contributions to the social, economic and political development of Nigeria and beyond, Kalu has equally demonstrated to the world that he is a rare gem, statesman, philanthropist per excellence, astute businessman, consummate politician and pan-Nigerian strategist.

Here is wishing the celebrant and senator-elect (Abia North) continued success in his service to humanity.