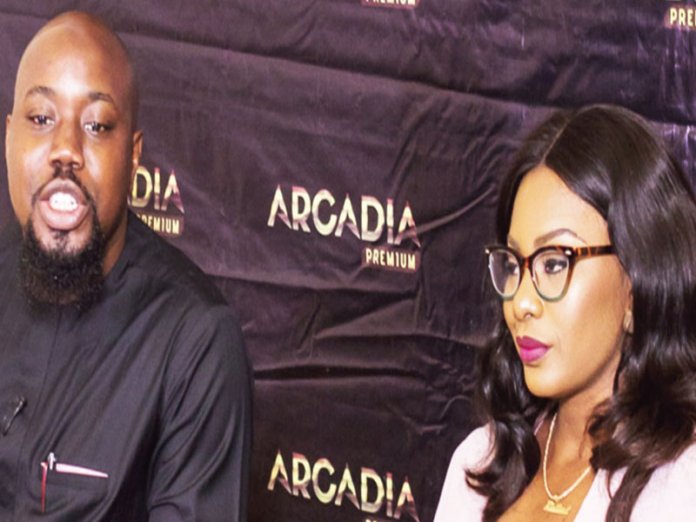 After testing the online space for over a year, Arcadia, a privately owned technology company that creates and distributes content for entertainment and advertising purposes is ready to spread its tentacles. At a recent event, Founder and Chief Operating Office, Akintunde Marinho and co-founder Olamide Yousuph announced their plans to launch Arcadia Premium Television on Startimes Channel 176.

“Arcadia TV stands to differentiate itself with the series and the type of content it decides to produce to re-orientate Nigerians on why they should be proud of their heritage,” said Marinho.

In its four years of operating on the mobile platform, Marinho disclosed that they have been able to find their cutting edge in one of their shows ‘Serious Banta’ which pooled a larger audience who wanted it on a bigger platform.

“The reason why we moved to TV was that we understand the limitations of online in Nigeria. We want to provide content that will really speak to our target audience. The drive for us is to provide an inventory of original content from Africa, not just Nigeria.We have international content partners like Sony, Universal, HBO that we are in contact with to help with international content.”

“When it comes to collaborations, we are always open to it. There’s always going to be consistency in the quality of shows we air. Although we had to change the names of some of the shows we were airing on our web portal because they didn’t really fit television style, but the theme and quality remains,” added Yousuph.

For Marinho, it’s all about changing the TV experience by creating engaging content, telling powerful stories that cuts across music, sports, movies, comedy, fashion and lifestyle.

Already, the company has produced 19 original titles. Some of the varied shows that audience can watch when it officially launches in June include Serious Banta, Kitchen Dash, My Hustle, Arcadia Live on The Red Carpet, Life, Sex and relationship, a dating show ‘I’m available’, and the DIY Slab.